One here, two there

Been a quiet week for me posting.  Physically, I've not been feeling the best for the past couple of days, but I decided I had to sit down and write a little something today.

I figure I may as well keep on with the Blue Jays theme that I've had lately, especially since they won their first Grapefruit league game today, 4-3 over the Phillies (yea, I know it means nothing).

I've received a few envelopes lately, the first being a small trade I made with Thomas over the at Dodgers88 blog.  Sadly, Thomas might be about the 3000th person to start a Dodgers blog, so he has to be like the smaller child to the dinner table; be there first or end up with the crumbs and the carrots.

Thomas scored the ruby red Puig I displayed a few days ago, and in return I received a couple of Jays Wal Mart blue parallels. 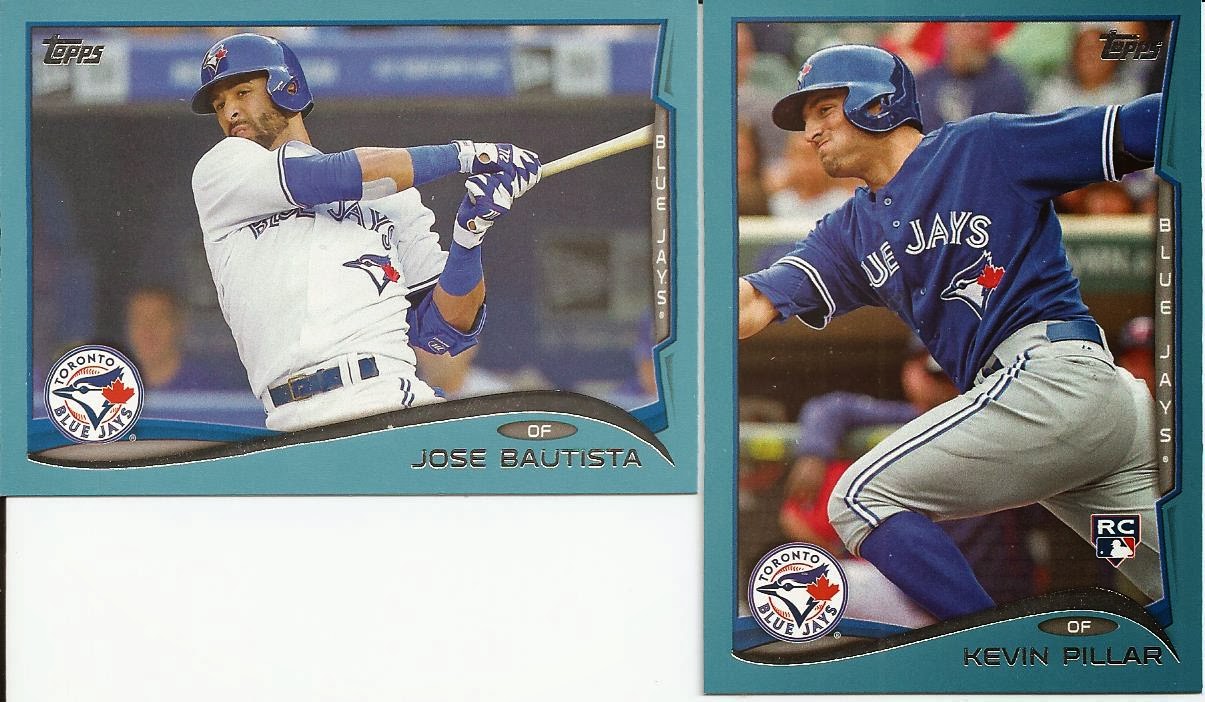 The key card was the Joey Bats, but the Kevin Pillar was a nice surprise as well.

Speaking of Kevin Pillar, I also received this from Kenny at the Cervin' Up Cards blog, as part of a big package of Jays he sent my way. 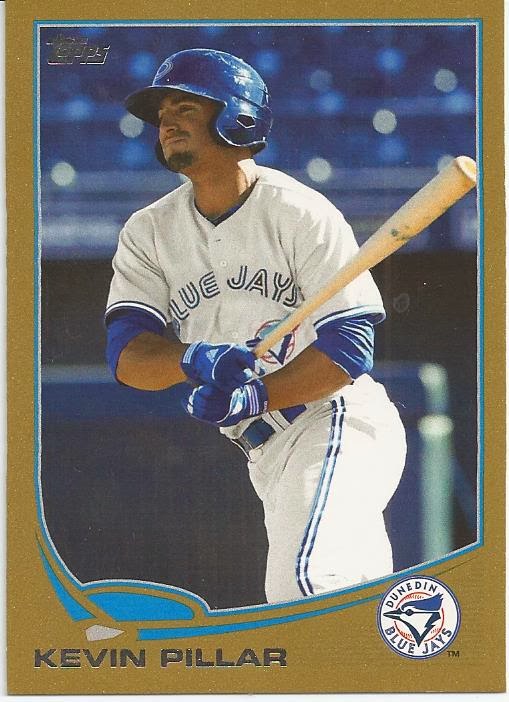 Not bad, Pillar in 2013 has a Dunedin Blue Jays card (single A farm team), and the next season he's on a card from the flagship set.   Nice!

Kenny, I'm behind on my packages.  I do owe you and will get your cards in the mail soon.   I appreciate your patience with me!! 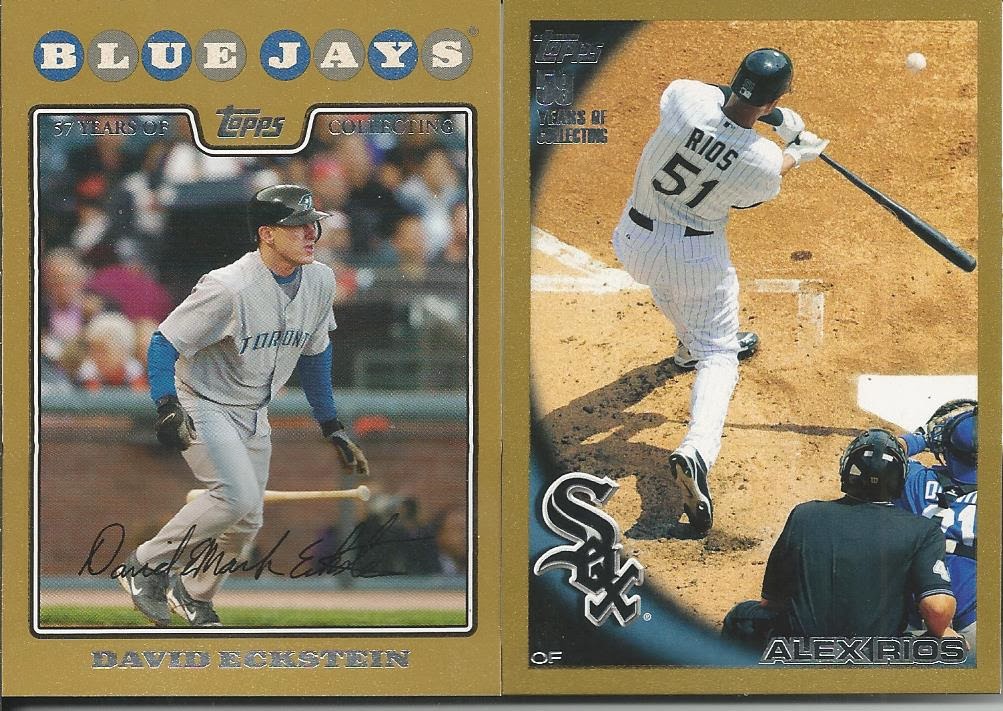 These final two cards take up two slots in the SNI project.  On the left is serial # 1028, courtesy of Jeff over at the 2x3 heroes blog.  Mr. Eckstein is the 44th Blue Jay out of the 50 needed, and was part of a huge envelope filled with great cards.  I still haven't taken the time to go through them all, but thank you Jeff!!

The card on the right was from blog reader Tony L.  The Rios is serial #1438 and is the 34th White Sox card out of the 50 required.  Tony, thank you very much for the Rios, and I'll be on the lookout for some cards to send your way as well!!

The SNI set now stands at 1089 cards, or 72.6 % complete.  It's been moving kind of slow lately, but hopefully before too long some new gold cards from the 2014 Topps set will start to trickle in.

As always, thanks for reading, Robert
Posted by Robert at 7:13 PM