Mish Mash is exactly what you could call the scattering of cards in this post.  70's, 80's and 2010's are all represented in this post.   Commons, semistars, stars, they're all here as well.  This is all the hockey I had originally planned to show last night, along with a quartet of cards I won off of ebay that arrived today. 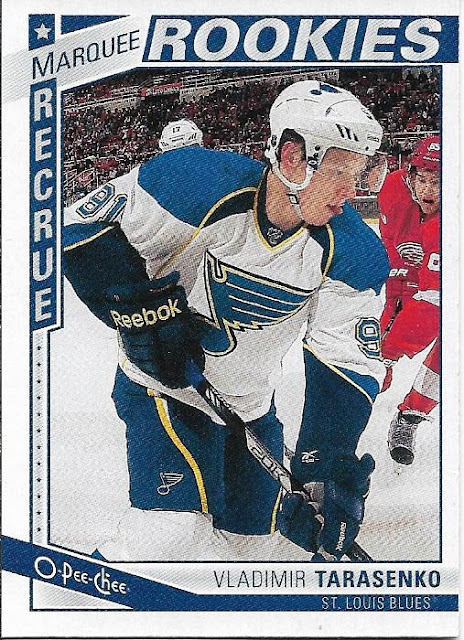 All alone from the 2013-14 OPC set was this Vladimir Tarasenko RC, which I figured I better grab now before the price starts to climb.  Vlad reached the 30 goal plateau again this season, and picking this up for just under $3 was an easy decision.  Still 40 more cards to finish this set, the majority of them SPs. 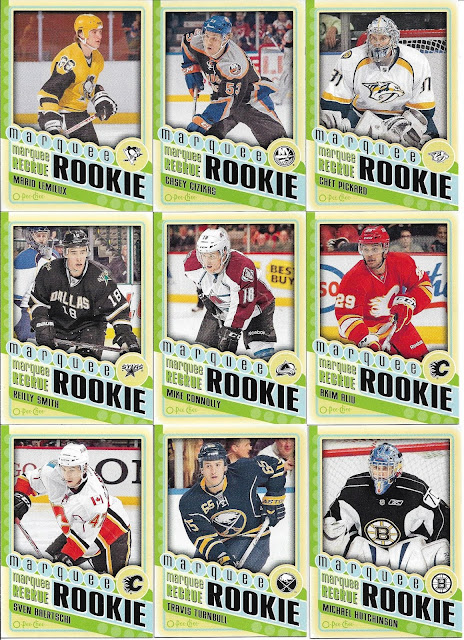 This page of cards from the 2012-13 OPC set weren't as expensive as the Tarasenko above, largely because there's not as much star power here.  OK, maybe Mario is a star, but it's not his RC I have here (someday I'll have it though).   This set is a bit closer to completion, just 21 cards away.  All but one of those is a SP. 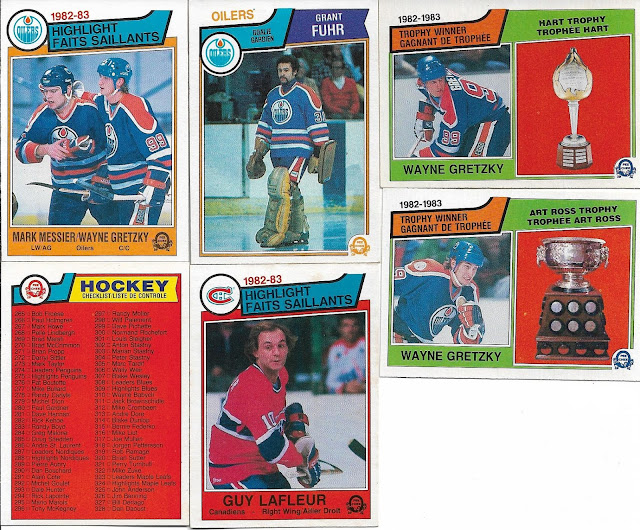 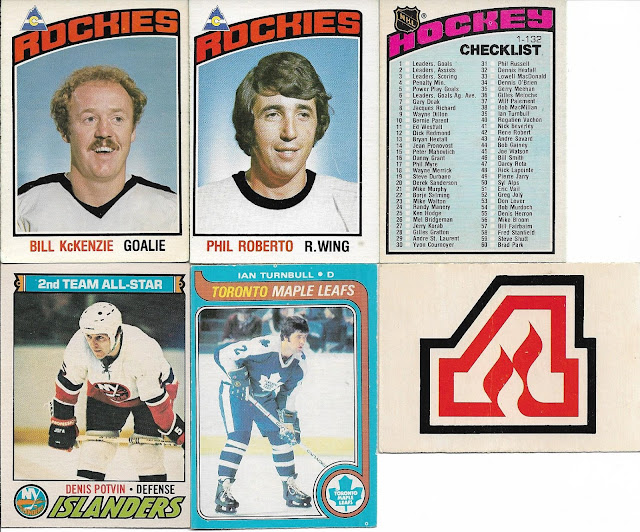 How about some mid to late 70's cards?   3 more off of the 76-77 OPC set on the top row, leaving me with just 9 cards to go.   Love the Bill McKenzie card, not sure how the proof readers missed the spelling of his name on the front.

Bottom row is the start of a couple of sets;  the Denis Potvin and Atlanta Flames team card are from the 77-78 OPC set and both cost me right around 50 cents.  Someday I'll find a nice starter lot on the cheap to get me going with that set.   I'm also looking forward to building one of the more unique sets from the 70's, the blue bordered 79-80 set.   Gretzky's RC is in that one, so maybe one day when my house is paid off I'll use a mortgage payment to buy one of those.

Yep, we're all over the map here, as these 3 2018-19 OPC retro cards found their way here.  I love that OPC included the team checklist/logo cards as I've always been a big fan of those. 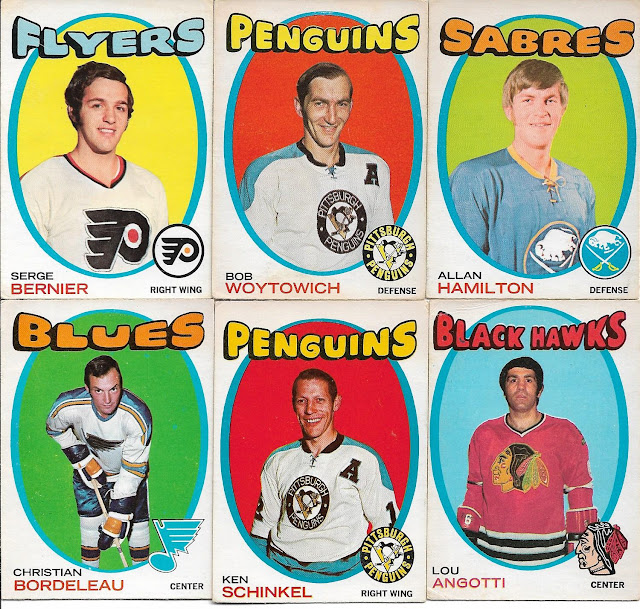 I love the 71-72 OPC set even more each time new copies come home.  These were all within the $1 to $1.50 range, which I've come to realize is pretty reasonable.  I'm still not venturing into the star range as far as this set goes, but I did get a nice group of 4 cards from this set off ebay this week; 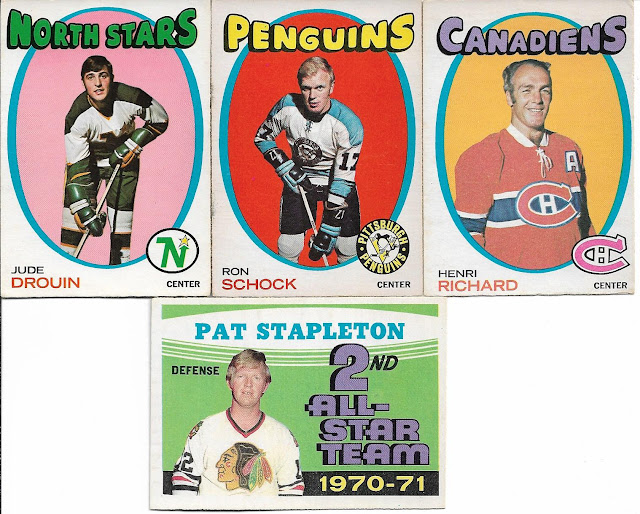 Using the "PERFECT3" code that ebay offered this week, this lot of 4 cards cost me just over $7 shipped.   The Henri Richard card alone is worth that and more, so this lot was a steal as far as I'm concerned.   Still a long way from completion, although the 1/3 mark is not too far off now as I'm at 79/264 in hand.   Can't wait to have this set in a binder!!

Hope you enjoyed the Mish Mash.  It's kind of what I do.