Well, I decided to only show 6 of the 13 cards I have that are serial #'d out of 99 because I decided to add them all to the Trading Card Database, which means scanning each one front and back.   Too lazy to do all 13 today with so many other items to clean up in my card area, so I stopped at 6.

At least they're all well known names.   Let's start with the football portion. 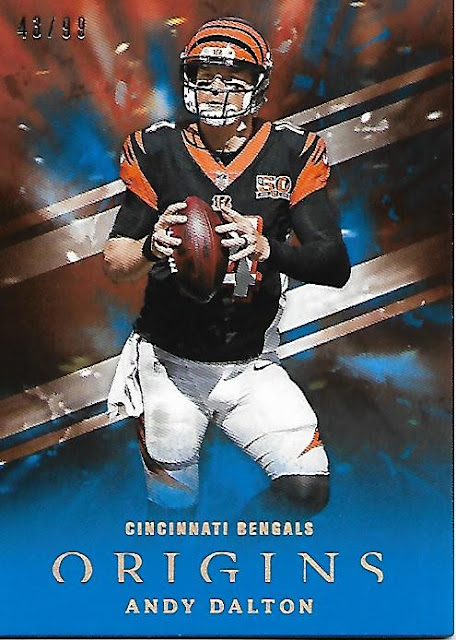 2018 Panini Origins Blue parallel of Andy Dalton.  One thing for sure from these purchases, I'm learning a lot about football and baseball products from Panini than I ever expected.  I brought this card home for just 70 cents. 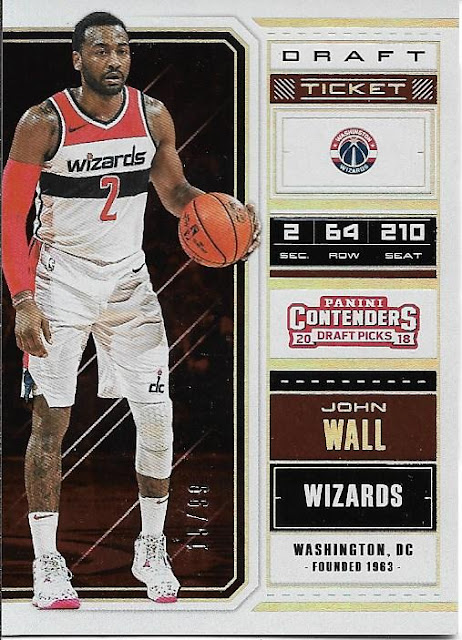 Yes, I was so desperate to add at least one player from each of the 4 major sports that I hunted through basketball cards.   At least I've heard of John Wall, most of the players that I could have purchased I had never heard of.   That's how far out of touch I am with modern basketball.  This 2018 Panini Contenders Draft Ticket version cost me 85 cents. 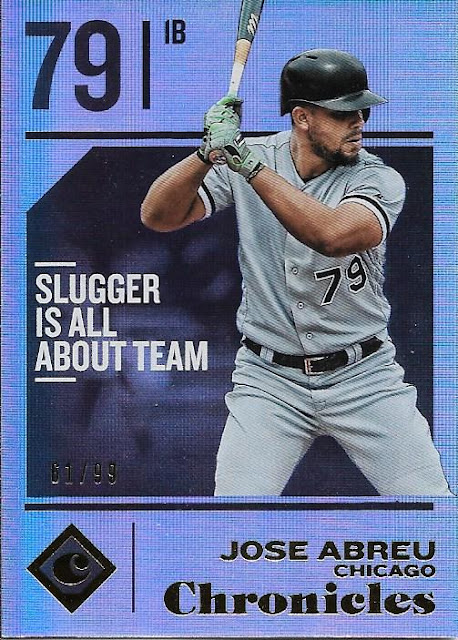 I knew I would have an easier time finding players that I knew in the baseball and hockey portions of COMC, and I wasn't disappointed.  2018 Panini Chronicles Holo Gold Jose Abreu cost me all of 65 cents. 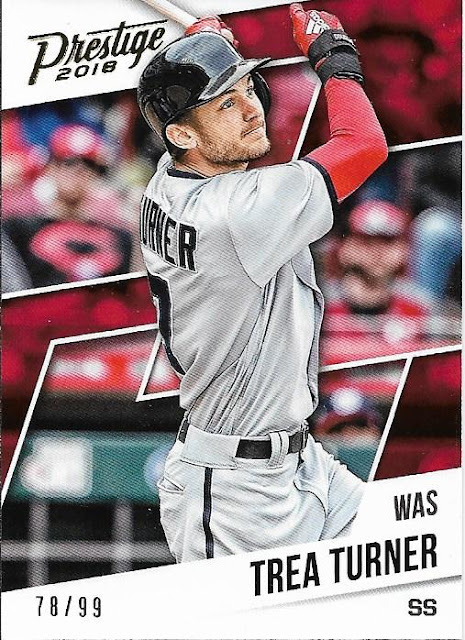 Panini Prestige Gold version of Trea Turner was just 82 cents.   It's almost like shooting fish in a barrel finding these cards! 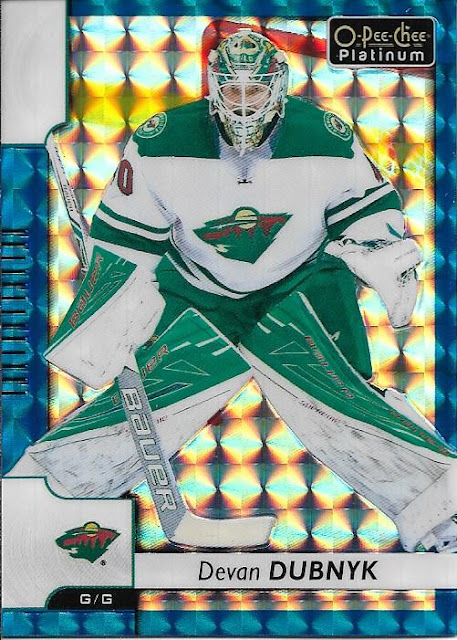 I really love the Royal Blue Cube parallels from 17-18 OPC Platinum.  I love how they scan, and they look great in hand.  Many of you who follow hockey will know Devan Dubnyk of the Wild, all 6'6" of him came here for just $1.05. 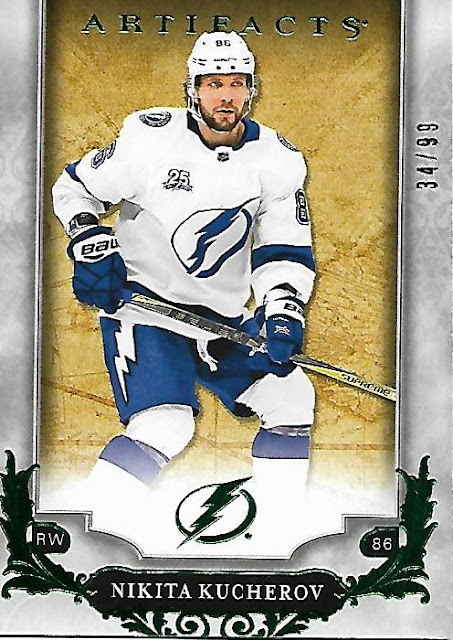 In my opinion, this card of Nikita Kucherov was the steal of all the /99's that I bought.  This guy is going to be the NHL Scoring champ this year, and likely the MVP as well.   Looking through the 18-19 Artifacts Emerald parallels, there were quite a few running 8-9 bucks, and didn't have the star power that this guy does.   I bought this card for right at the top of my budget for this PC, $2.50.  Stolen!

Going to shoot for next Saturday to show off the other 7 cards.  Have some names to show that you'll recognize from years past in the NFL...

Robert
Posted by Robert at 6:00 PM