Some more goalies for the frankenset

I decided to show off a few more goalie cards tonight, and there's also another opportunity to vote for the card you want in the set!

First up, another card featuring Ollie the Goalie. 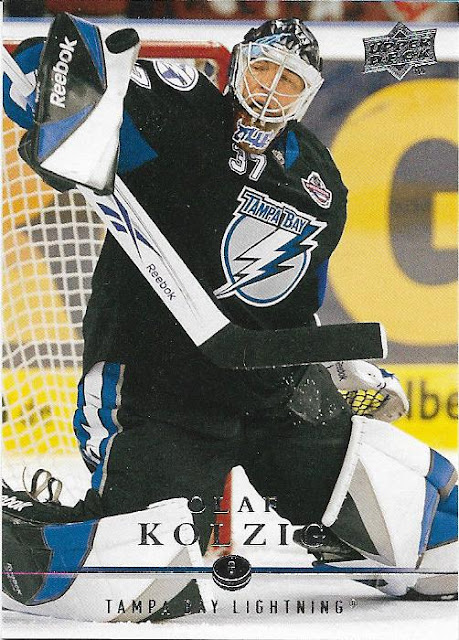 Last time out, it was a card from early in Olaf's career, now we have a 2008-09 Upper Deck card showing him in a Tampa Bay uniform, with the "Zilla" on the chin of his mask.  Also I love this card as it shows him fending off a puck with his blocker hand.  This is card #428 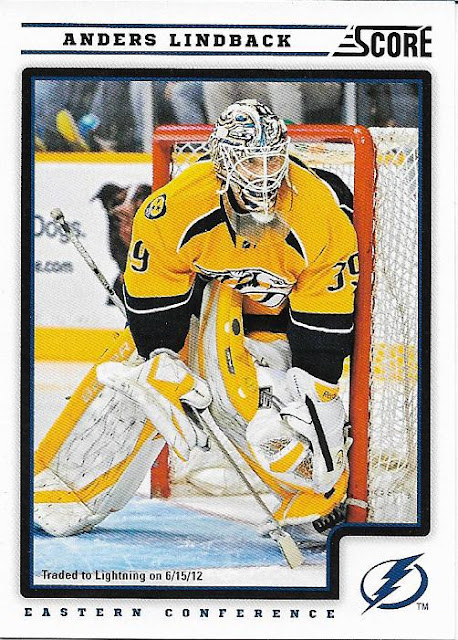 Next up, Anders Lindback, then of the Nashville Predators.  This is his 2012-13 Score card, #426 in the set.  I hunted around to find a better photo of his actual mask, but was unlucky.  Somewhere down the road someone may just find a #426 to replace this one. 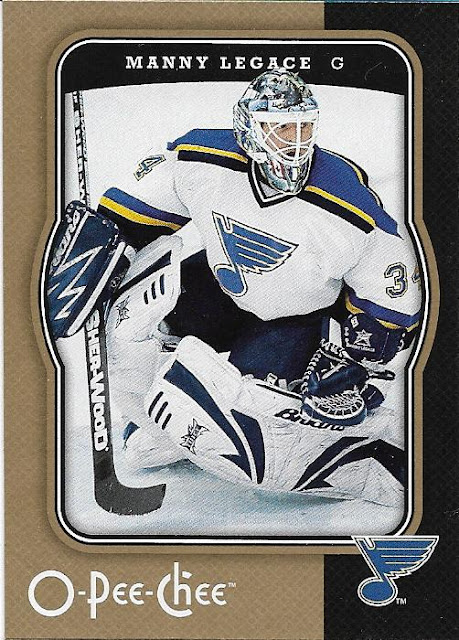 This 2007-08 OPC card of Manny Legace features his veterans mask, with the United We Stand banner right above the cage.  A better shot of this cage can be found here, and once you see a closer shot you'll see why I like this card.  This is card #417. 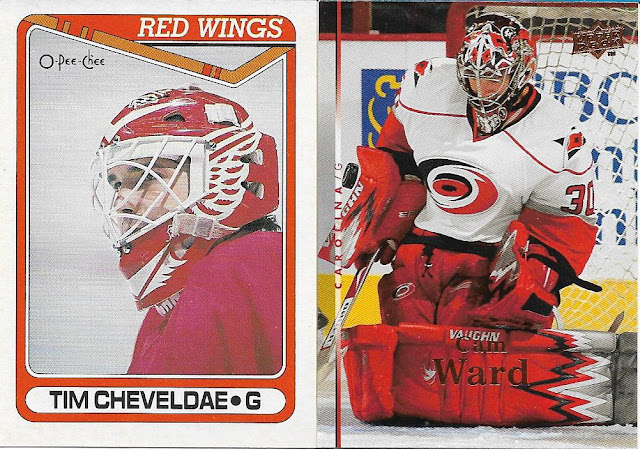 Here's your vote for this week.  Both of these are card #430 in their respective sets.   Tim Cheveldae's 1990-91 OPC card is a great homage to the Wings and the motor city, while Cam Ward's 2007-08 Upper Deck card pays homage to Blackbeard the pirate, and is also a great mask as well.

I have made this image and poll my pinned tweet, and the poll will be up for the next week to allow people some time to vote.

I'll keep adding cards each week to try and build this set over time.  For me, it's fun looking at some of these old cards and remembering masks from days gone by.

Thanks for reading, Robert
Posted by Robert at 8:30 PM