1284: A couple of A&G packs, and an interesting realization

OK, maybe this realization will be more interesting to me than to everyone out there.  First off, I bought a couple of A&G 14 card packs on the weekend while at Wal Mart.

While going through the packs, I did a little math in my head and did a comparison with Stadium Club.   More on that later, let's look at what I pulled first. 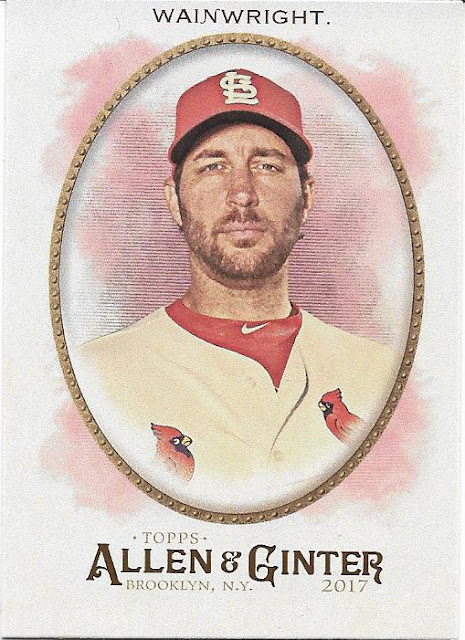 I'm pretty sure I've seen this mentioned either on the blogs or on twitter; the fact that I pulled SPs that look off center is very off putting.  I really do like this set, and am looking to build it, but if the SPs are off the mark, then that's a little upsetting to say the least. 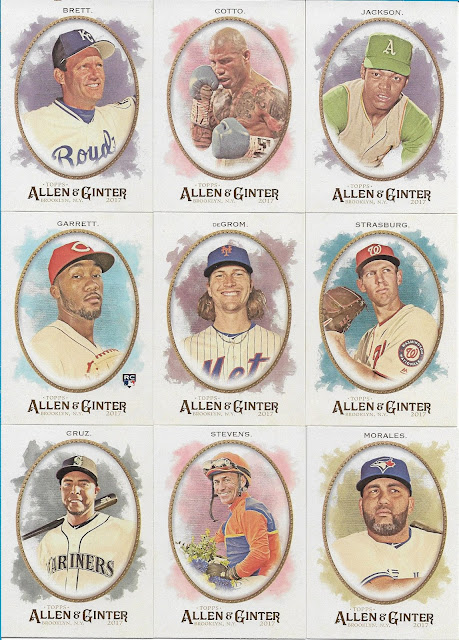 Reggie Jackson in an A's uniform might be the card of the set for me so far.  Kendrys Morales of the Jays does not look happy, maybe it's because his barber didn't shave his beard correctly. 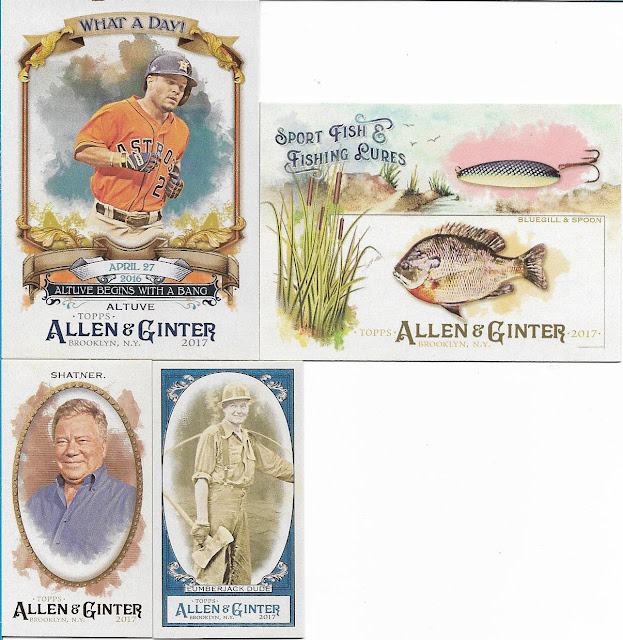 For me, these are the "unusable" cards.  Not part of the set, and I don't chase the minis.  Although the "Dude" cards are interesting, they are of no value to me unless someone would like to trade for them.  I now have 3 (fisherman and conductor are the other dudes I have).   If anyone is looking for them, or the Denny Crane card (those who watched Boston Legal will know who Denny Crane is), let me know. 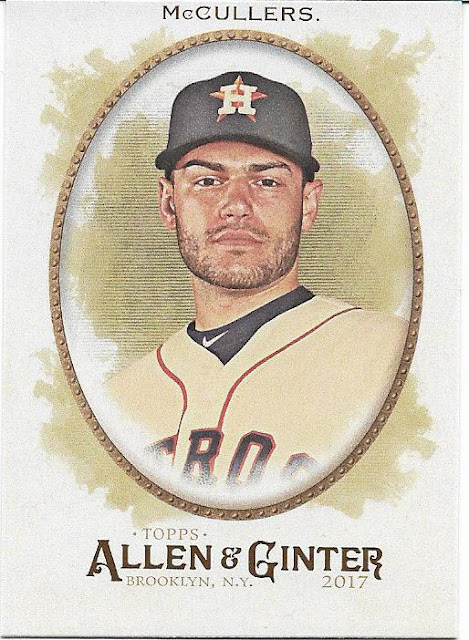 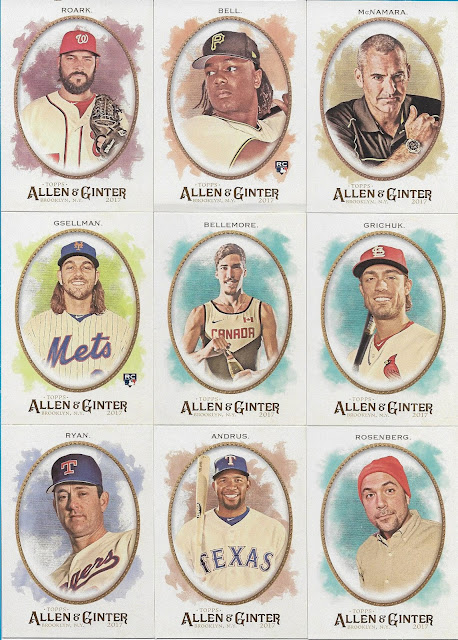 Another legend in this pack, Nolan Ryan.  Would love to see him in one of the other uniforms he wore during his career.  Does anyone remember him in an Angels uniform on a card that was released after he retired?  Josh Bell seems destined to be the runner up in the NL ROY Voting this year.  He's had a bit of an up and down season, but 70+ RBI's is nothing to sneeze at in a line up that has at times struggled to score runs.

The "unusables".  Kimbrel is an A&G back.  Moustakas in the top 5 for AL home runs isn't something I would have predicted at the beginning of the year.  Neither would Justin Smoak of the Jays being in that group either.

Well, on to the realization, and the math I did.  When I looked at the cost of the cards, and the price per card of the cards that I can use, it works out to almost 50 cents per card.  That's similar to what I determined a few weeks ago was the price per card of the Stadium Club.  It made me wonder what the difference was in wanting/justifying the collection of either set.

Same price (in essence), both great sets.  I know you can't collect them all, but I may have to rethink what I collect when it comes to price....

Anyone that needs/wants the inserts, comment or emails are welcome.

Thanks for reading, Robert
Posted by Robert at 8:59 PM