1296: A whole bunch of odds and ends + the monthly card show

The majority of my July purchases weren't documented in my posts that count down how much I have left to spend in 2017.  The lack of writing didn't hamper my purchasing of cards during the month, so I sat down today and figured out just what I spent in July that I didn't document.

So, that's 95 bucks right there that wasn't mentioned at all during July.

This past weekend was the monthly card show, and I kept it cheap at the show by spending just $35.  I bought a chunk of singles to put a dent into my Series 1 flagship want list from 2017, I also bought a few miscellaneous singles of my player PCs. 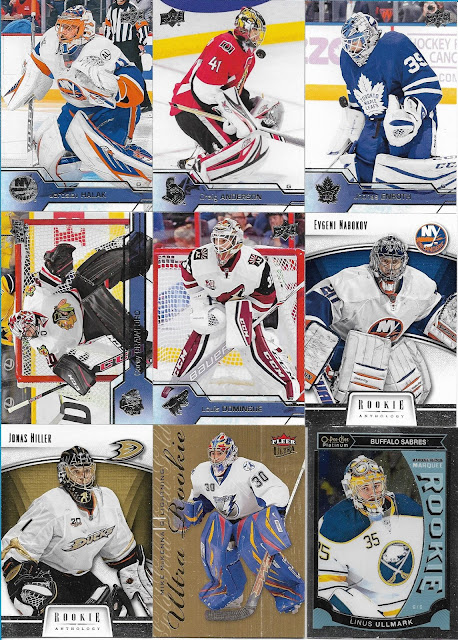 Found a few goalie mask cards at a good price, I'll have to check and see that I need them all. 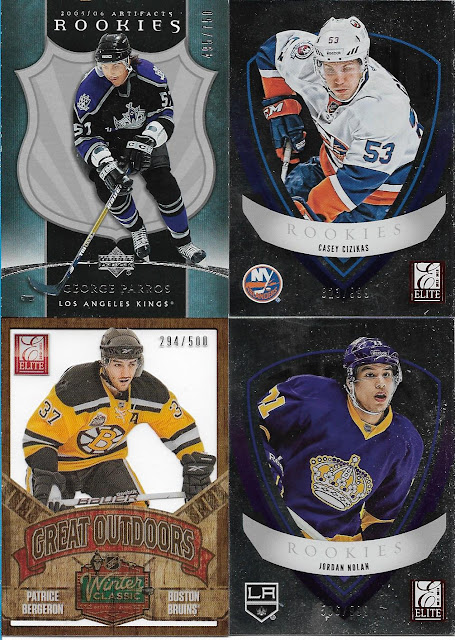 Bought 4 more serial numbered cards for the SNI Hockey set.  I love the Great Outdoors card of Patrice Bergeron, as I had never seen that insert set in the past.  I also had to have the George Parros card in the upper left; it was cool for me to see him stick handling with the puck on the card instead of what hockey fans know George does best, fighting.

Finally, I walked by one dealer's table twice before I finally decided to cave in and pick up a key card from the '90 Leaf set, the Frank Thomas RC. 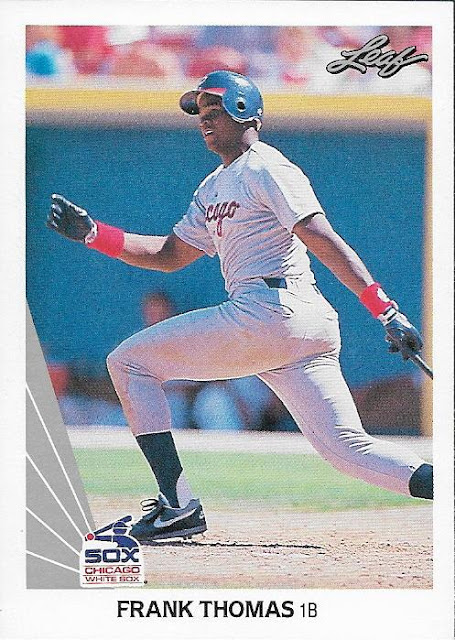 It's amazing to see the difference a generation makes, as Thomas looks very svelte on this card.  Now he's a very big and solid man as he approaches 50 years of age.

Well, unless I win a nice chunk of money at the lottery, it doesn't appear that I'm going to spend my entire budget this year.  I dropped just below $1300 left with 4.5 months to go.  I'm trying hard to pay off medical bills related to my cataract surgery earlier this year, so maybe next year I'll be able to spend a bit more money.

thanks for reading, Robert
Posted by Robert at 8:06 PM