Inbound and Down #19: Blog reader Scott

Got an email recently from Scott, who has traded on Zistle and with some other bloggers.  Scott was interested in some Marlins cards that I had recently displayed on the blog and he said that he had a few cards to send my way.

Scott didn't have any problem hitting a few of my want lists... 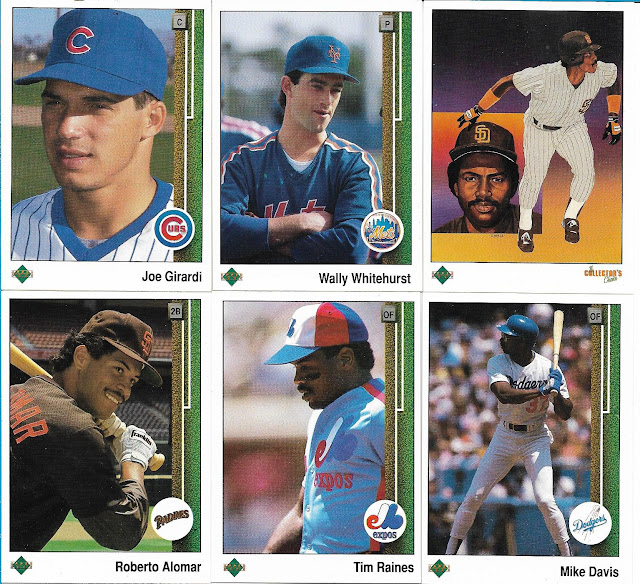 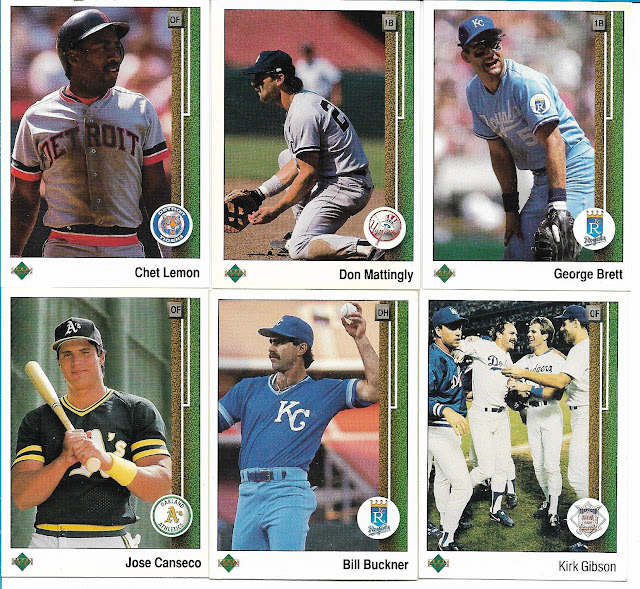 A dozen cards from the '89 Upper Deck read like a whos who from 80's baseball.  Canseco, Gibson, Buckner, Brett, Alomar, Mattingly, Raines and Gwynn are all big name stars and I'm happy to have them all in hand, knocking 12 cards off the list. 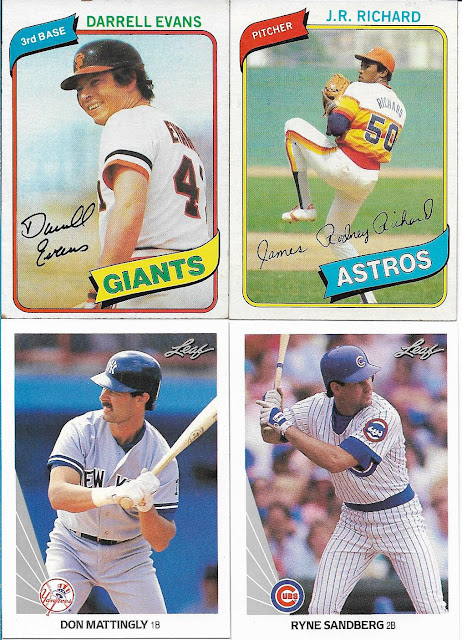 I was also able to knock off a couple of cards from the '90 Leaf and '80 Topps want lists.  Again, no cheapies here, lots of star power.  I so wanted one of those Astros uniforms from the 70's and 80's.  Maybe one day I'll find one for myself... 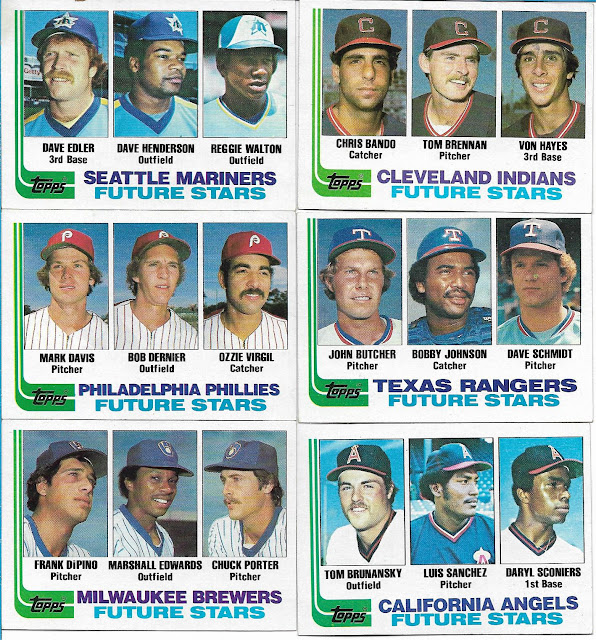 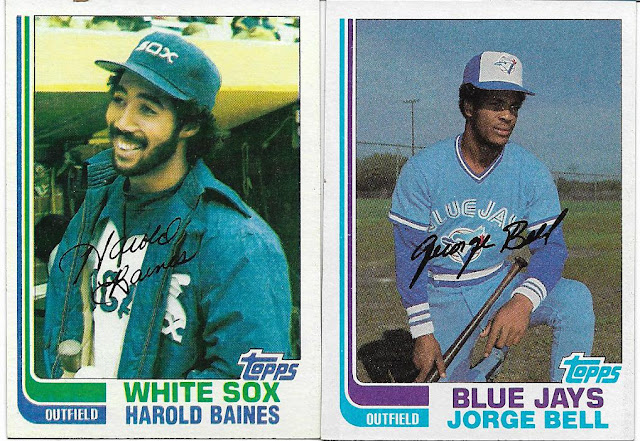 I also received 8 of my '82 Topps needs, and what I found interesting was that Scott sent a bunch of the Future Stars cards.  Need them all yes, but I didn't expect to get them as the main part of a trade envelope.  Not complaining at all though, and I still recognize a few of the more notable names on the cards, such as Von Hayes, Dave Henderson (RIP) and Tom Brunansky.  The single player cards were definitely cool to get, Harold Baines and George Bell were two of the better hitters from the 80's, combining for over 4500 hits during their careers.

Finally, Scott sent 3 cards from the endless Blue Jays list, although the "97 Pinnacle Inside card of Roger Clemens has him disguised as a Red Sox.  This might be the last season we see Jose Bautista, as he's had a hard time keeping his average above .220 and his arm in right field isn't what it once was.

Scott, thank you for the trade, the cards are appreciated.  Don't hesitate to send me another email in the future!

thanks for reading, Robert
Posted by Robert at 9:13 PM