No, Price, Kolzig and Fernandez isn't your latest law firm trying to get you to enter one of their class action lawsuits on late night TV.  These are the 3 goalies I'm going to show off today for the goalie frankenset that I started on last week. 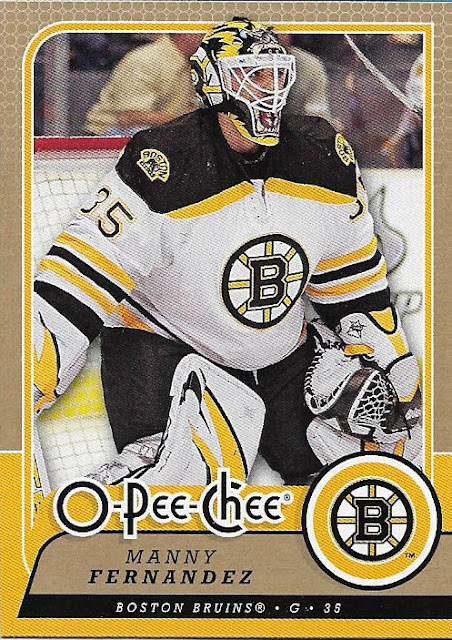 Using a bear on a Bruins mask is a good but easy call, and Manny Fernandez pulls it off on his 2008/09 OPC card.  I also like the partial spoked B on the right hand side of the mask to fill in what the scary bear doesn't use.  Manny will be card #490, unless a better one comes along.

Goalies like Fernandez will also be good for this set, as Manny played quite a few years in the league and with a couple of different teams.   Here's hoping I can find some other Fernandez variations. 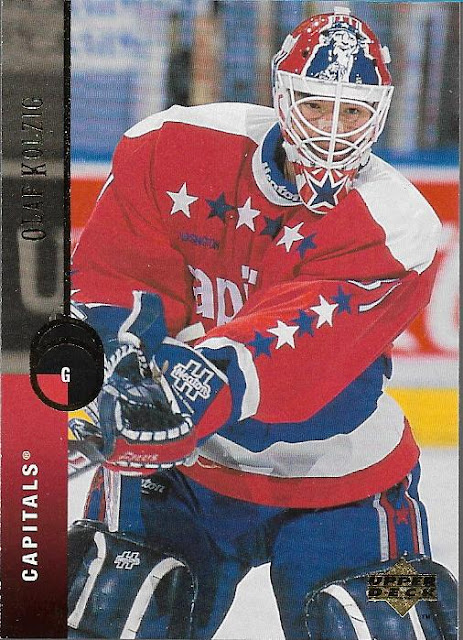 Ollie the goalie played all but the final 8 games of his career for the Capitals, but I don't remember him ever wearing this mask with the Uncle Sam on the forehead.  Mind you, this card is from the 94-95 Upper Deck set, so my memories of every mask from back then aren't that great. 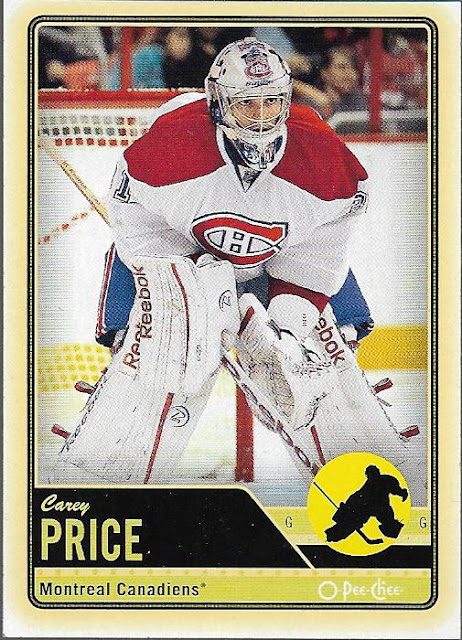 Carey Price isn't shy about switching designs on his mask.  This one is a little tough to figure out for me, aside from the Canadiens logo on his forehead and the 31 on his chin.  Maybe there's a Canadien fan out there that will recognize the mask and shed some light as to what's on the side and above the team logo.

For those of you who voted in the Luongo/Essensa vote earlier this week, Bob Essensa won 6-2, so his card #265 from 1992-93 Pro Set Platinum (remember that set?) will be in the set and Bobby Lu will have to find another spot.

Thanks for reading, Robert
Posted by Robert at 4:06 PM