Inbound and Down #17: I feel like a Collector again

I received a generous envelope a few days ago from Kin at the I Feel Like A Collector Again blog, but finally got around tonight to digging a few cards out of the envelope to show off.

Kin had no problem with hitting several of my want lists, so I had a bit of a tough time at first deciding what to put on the post.  So I decided to dig up an old friend, and show the cards off 5-4-3-2-1 style. 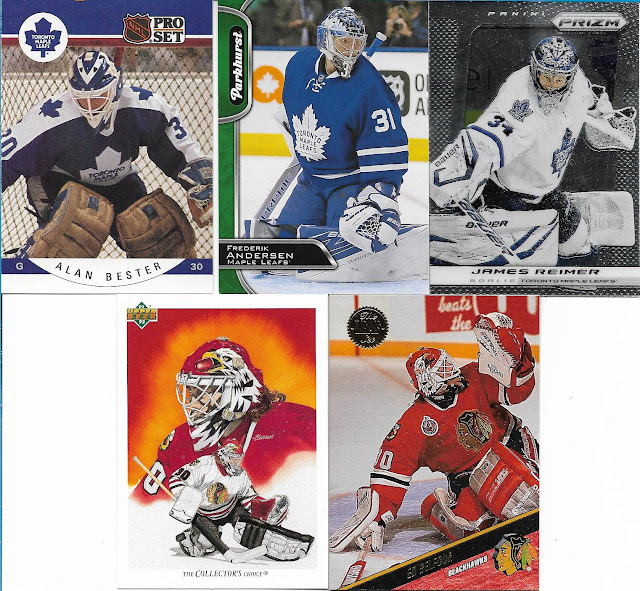 My recently debuted goalie frankenset was a hit in this envelope, as a few goalie masks came my way, including Eddie the Eagle Belfour, part of Kin's favorite hockey team, the Blackhawks.  Belfour's mask is a classic design, which didn't waver over the years.  The only thing that changed on the mask as Eddie changed teams was the background color.  You'll see it a few more times for sure.

Minis!!  Any current Jays fan is familiar with Osuna, Sanchez and Tulowitzki, but I had to look up Jeff Hoffman who was featured in the Future of the Franchise insert from 2014 Bowman Chrome.  Jeff was the Jays 1st round pick, 9th overall in the 2009 draft, and was traded to the Rockies in 2015 as part of a package for the player on the right, Troy Tulowitzki.  Jeff is currently in the Rockies rotation with a 6-3 record so far this year. 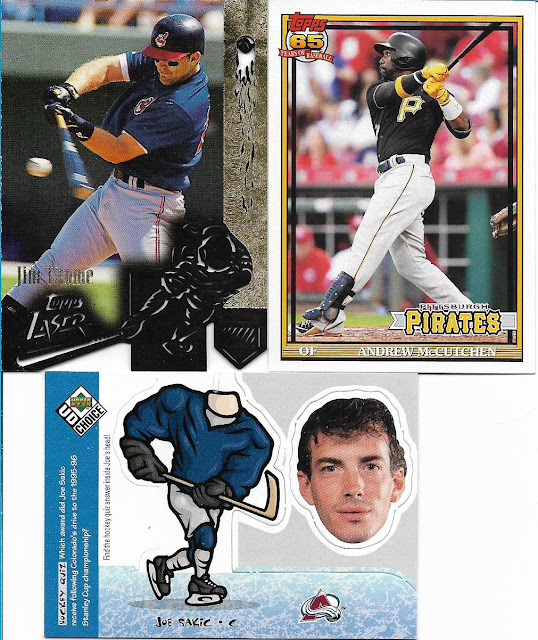 These are 3 cards that I needed for my three main player PCs.  They'll be featured on my other blog before too long. 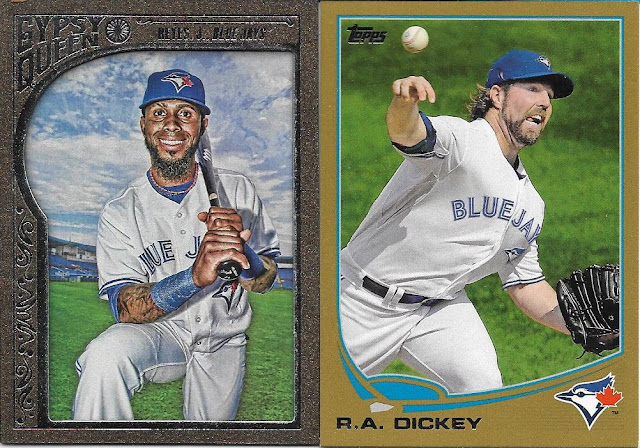 A pair of serial numbered parallels from a few years back.   Neither of these guys are still with the club, but I'm sure that both cards will find a spot in the Jays box. 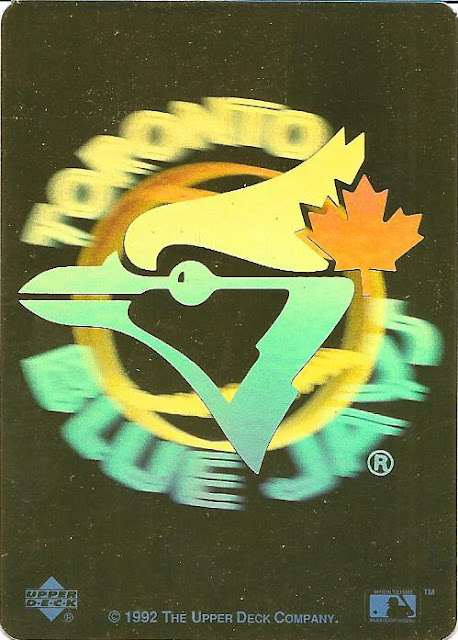 I don't know if I recall seeing gold holograms from the early 90's Upper Deck cards.  But here's proof that they exist, as Kin sent me a gold Blue Jays hologram from the '92 set.  Kin also sent a silver one as well.

Great stuff!  Kin, thank you very much for the cards, they are much appreciated!!

thanks for reading, Robert
Posted by Robert at 9:50 PM