It's been a decade now.   I "posted" this trade that I received from Kerry at the Cards on Cards blog (who has been at this blogging thing a lot longer than I have) and this blog was born.

Something I thought about when starting to write this post was that just before I started the blog, I had also recently joined a website devoted to cards. Unfortunately it took me several years to really get going on the site and figure out how to use it.  I joined the trading card database site on 7/18/11, 5 days before my first post.  Just imagine how many trades I would have completed if I had the knowledge then that I have now.   I'm at 445 transactions completed and hopefully sometime this week I'll hit the 450 mark. 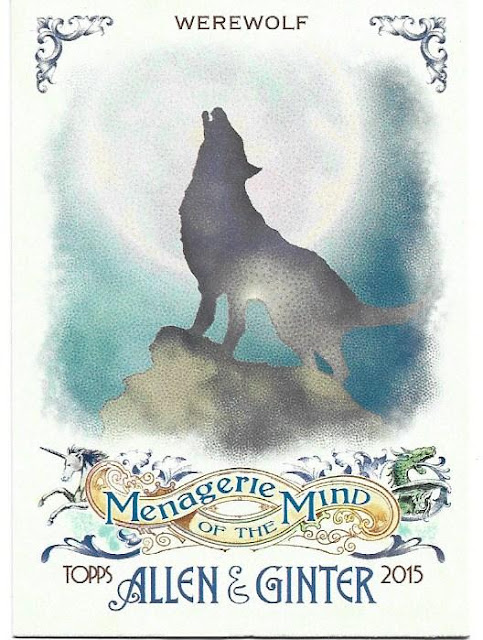 My tastes have evolved a bit, but I'm still the serial numbered, parallel card collecting crazy man I've always been on this blog.  Yes, the werewolf above doesn't fit into those categories, but the evolution includes appreciating more cards such as this from time to time.
But the biggest thing I've learned over the past decade as part of the card collecting hobby is everyone has different tastes.
Enjoy these different tastes, don't hate on them.  We're all different.  Embrace it.
On to the 2nd decade.   Thanks for sticking around through the first one.
Enjoy the hobby!!
Robert
Posted by Robert at 7:30 PM