Serial Saturday #18: A great start to the Larry Fitzgerald PC 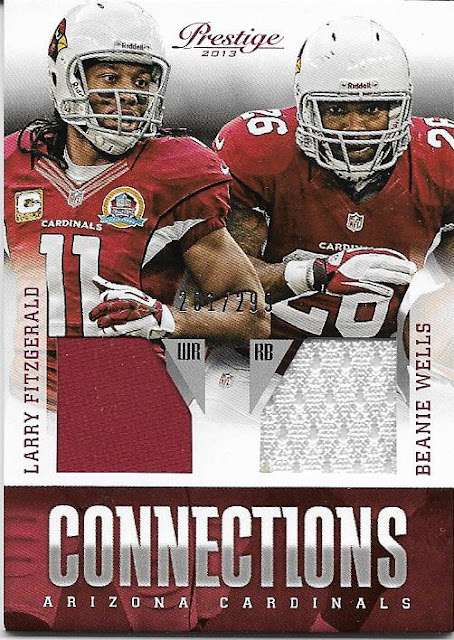 It's good to have connections in the hobby.  Especially when it's one that is very generous, such as Wes from the Willinghammer Rising blog.  I was fortunate to be one of the few that received one of his "trade retirement" packages recently.

Wes had asked me about my Larry Fitzgerald PC, and how many cards I was looking to have of him.  I hoped to eventually have 200 cards (hoped being the key term here), and Wes took that as a challenge.

He also knows my affinity for serial #'d cards, so there were half a dozen in there mixed in with all the base. 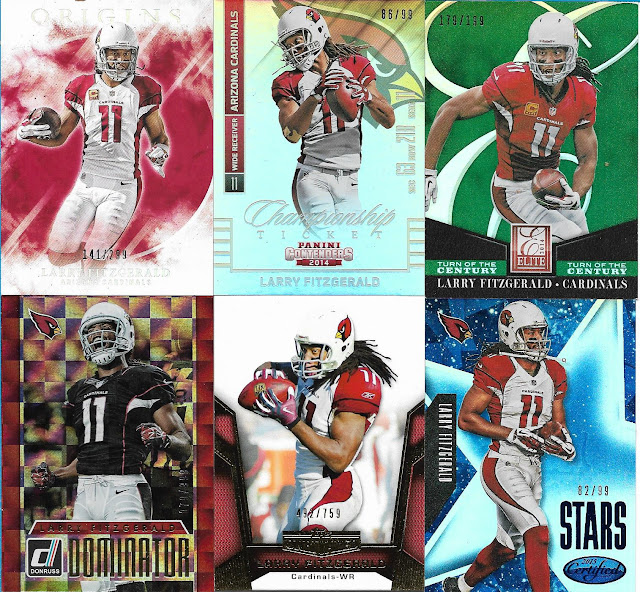 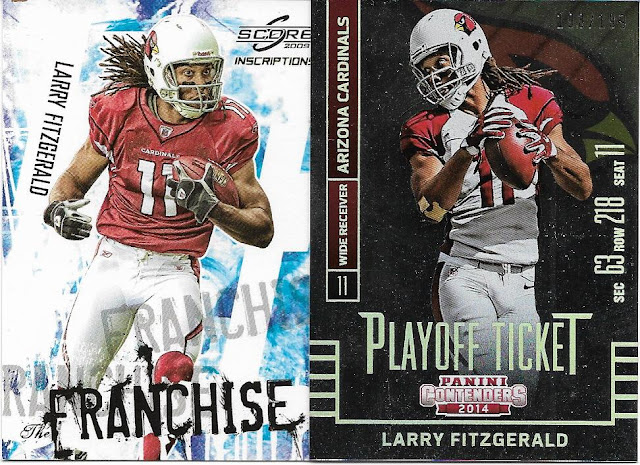 Flipped through the lot a 2nd time while writing this post and found a couple more serial #'d cards.  The Franchise card is # 155/499.

So between my original buy of 35 cards, Wes' near 100 count lot, and 2 more purchases of lots on ebay, I'm guessing that the 200 goal has probably been reached already.

Not bad for 2 weeks worth, eh Captain? 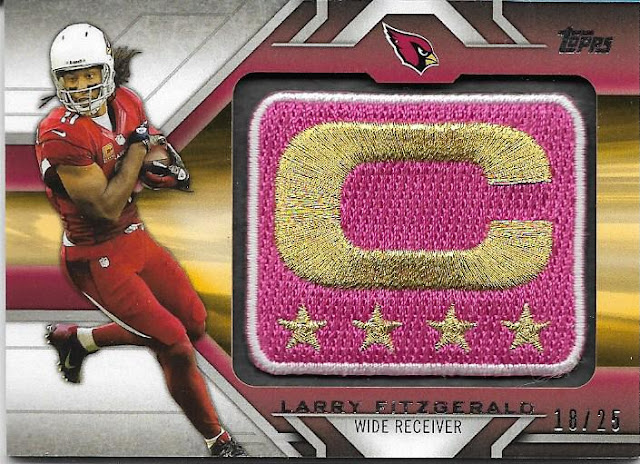 Thank you Wes!  The cards are very much appreciated.

Thanks for reading, Robert
Posted by Robert at 8:48 PM