This is one of those Sundays between when the Super Bowl is played and the MLB regular season begins.   You just don't feel like doing shit, right?  So I figured that I'd make it easy on myself today and just post a quick SNI page to have something online.... 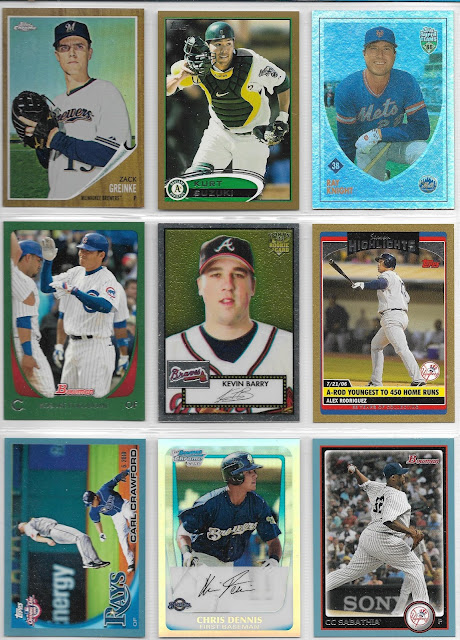 Lots of cards to like on this page.  The Sabathia card with the Sony advertising, the Carl Crawford card featuring Aaron Hill of the Blue Jays doing his best fish out of water impression, or the Kurt Suzuki card showing him getting rid of his mask to make a play.

The biggest contributor to this page?  A couple of Bench trades got me 2 of these cards, while I got the other 7 from various sources.  The Ray Knight card source is a mystery to me, as I failed to record where or who the card came from.   If you remember sending it my way, let me know!

Thanks for reading, Robert
Posted by Robert at 2:21 PM