Still on a one per week pace

I had mentioned earlier this year that if I had picked up one card a week toward my 1964 Topps set, I could be done by the end of 2016.  Well, I did a little shopping on eBay over the weekend, and for $17 shipped, these 4 cards arrived yesterday.

The Chuck Schilling and Diego Segui cards are both from the 6th series, and the Don Mincher is from the higher numbered (and more expensive) 7th series.  $11 for the three cards was quite cheap, especially considering the condition of the Diego Segui card which is easily EX to EX-MT. 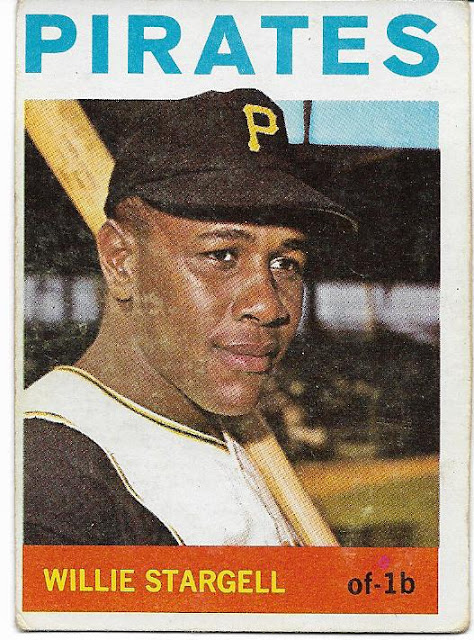 For me, this Willie Stargell card was one that I've tried many times to get in auctions on the cheap, but failed.   I finally found one that I thought was in decent enough shape for a pretty good price ($6).  I grew up watching Stargell play 1st base for the Pirates, but he spent a good portion of the first decade of his career patrolling the outfield for the Bucs.  He must have been slimmer in those days.

thanks for reading, Robert
Posted by Robert at 10:07 PM