It's not always about the latest and greatest

I get it.  Over the years you've looked at all kinds of cards on the blogs; just about seen everything there is to see.  So when somebody writes a post featuring cards from the newest or prettiest looking set to come out, people flock to it.

I'm a little different.   I like posting about older cards, especially when the Blue Jays are the focus.  This post will reflect that statement, as I received today a very thick bubble mailer form Kerry at the Cards on Cards blog.  I had offered up a stack of 2015 A&G to Kerry to help with his want list, and he quickly accepted, letting me know that he would gather together an envelope filled with Blue Jays goodness for me over time.

With about 70 cards hitting various want lists, I decided to do an old fashioned (well for me anyway) 5-4-3-2-1 post. 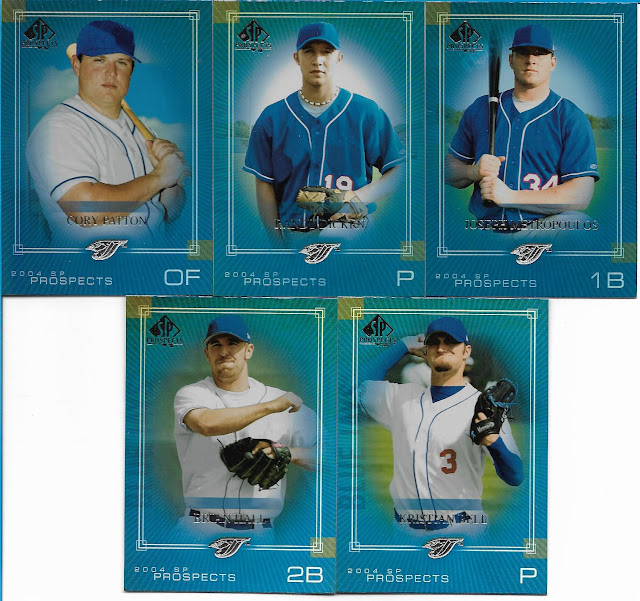 Raise your hand Jays fans if you heard of any of these guys.   OK put your hand down now, 'cause you're lying.   Great looking cards, but like many prospect sets, it featured a bunch of guys (at least these 5) that were longshots to make it at best. 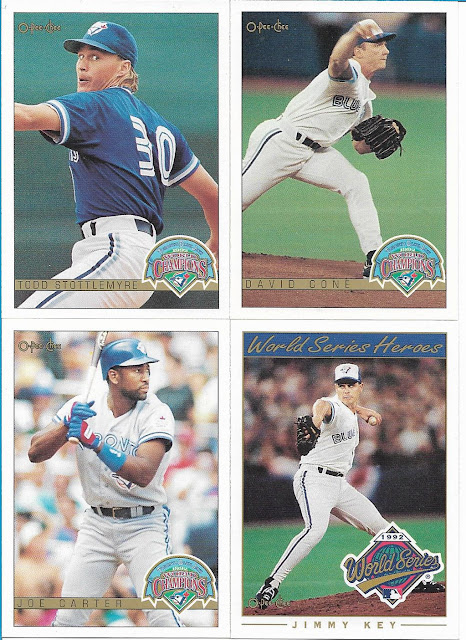 Now I know you've heard of these 4 guys.  I almost made the mistake of identifying these as 4 1993 cards, until I looked again and saw that the Jimmy Key card features the 1992 WS logo.

I know what you're saying, why are you showing Vernon Wells doubles?  One of them is the red back, one is the regular.  Needed them all... 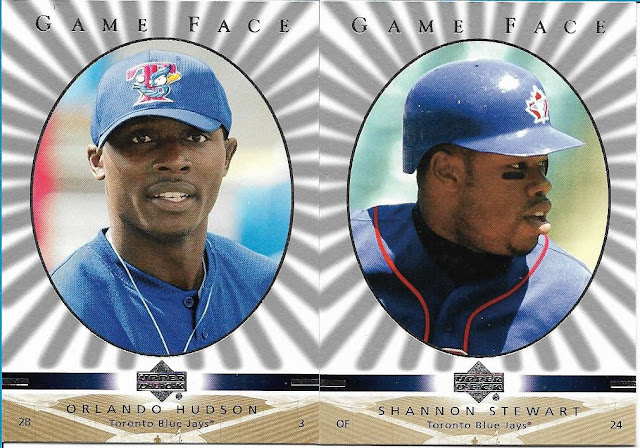 Scanned side by side, the cards look pretty good together.  This may be the 2nd time I've featured cards from this set on the blog, but I do like this set.  It's a different idea featuring head shots, something that I don't think lasted as a concept. 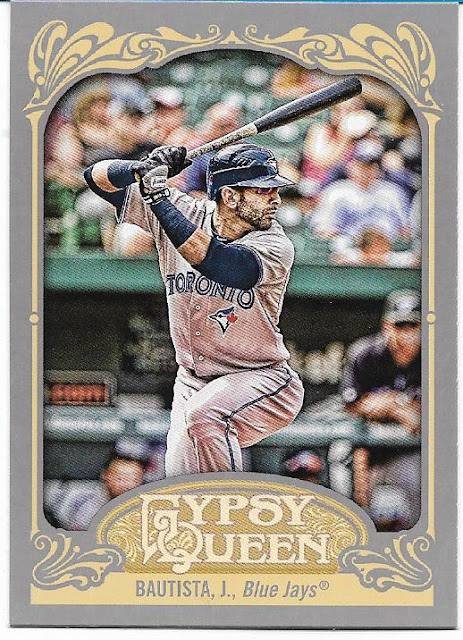 I had to dig a little to make sure that this was actually the final card I needed for the 2012 Gypsy Queen Blue Jays team set.  Sure enough, this is the Jose Bautista hitting variation card that I've needed for quite a while.  Love this card, it's a great shot of Bautista with that leg kick, shades on, getting ready to mash another pitch into the stands.

To be honest, I really could have gone on and on about the great envelope that Kerry sent.  There are a few other cards in the envelope that are going to get their own post.  There were even some Thome and Lawrie cards that need to be reviewed to see if they can be removed from their respective checklists.

Kerry, thank you for the cards, they are greatly appreciated!!