Older brother of Marv Throneberry who I featured in the last post in this series a couple of months ago.  I do believe that this picture was taken at Griffiths stadium in Washington (I'm sure that someone will correct me if I'm wrong here).  Let's see how Marvelous Marv's big brother fared, shall we? 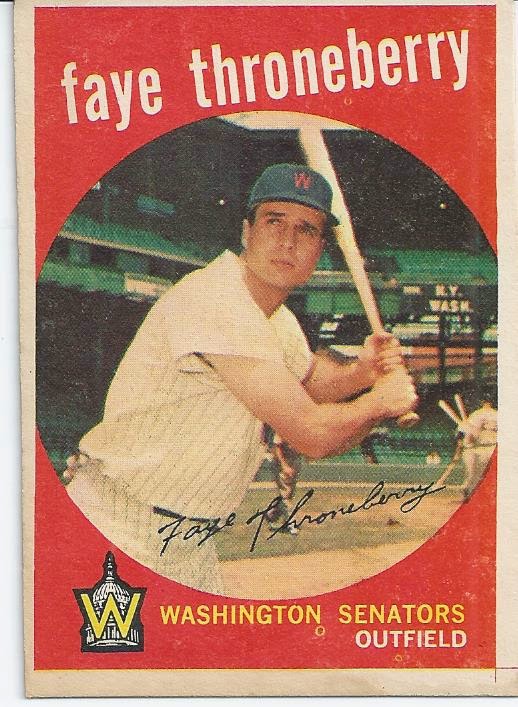 The front of the card is in fine shape, no pen marks at all.  A bit off center, but it's still good enough for my set. 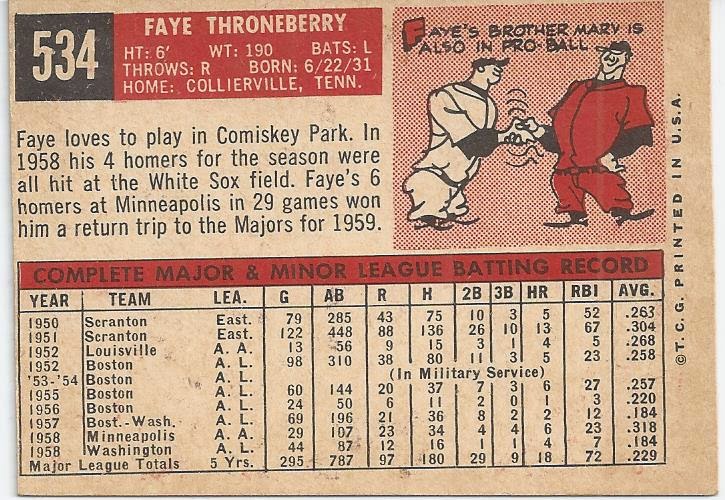 The back is something else.  The cartoon is great, depicting Faye and his brother Marv.  The centering is off, and it appears that the border is on an angle.  Interesting...