Didn't spend a whole lot on cards at the monthly show this time around.   Just 55 dollars, 20 of which went on the 3 1964 Topps high number cards you see above.  These 3 cards bring the total remaining down to 48, which now that I think about it means that I could realistically buy 1 card a week and be finished by the end of November. 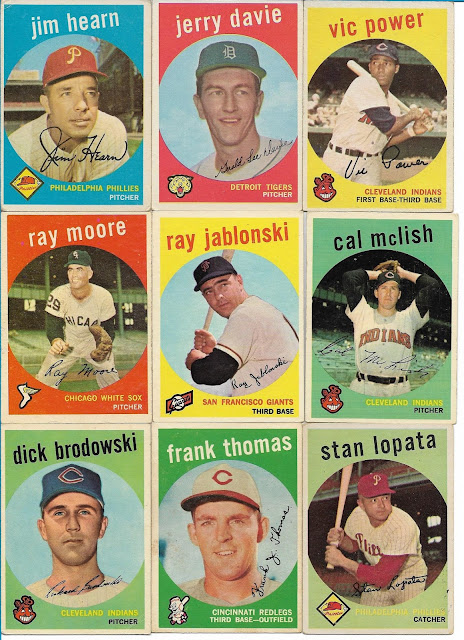 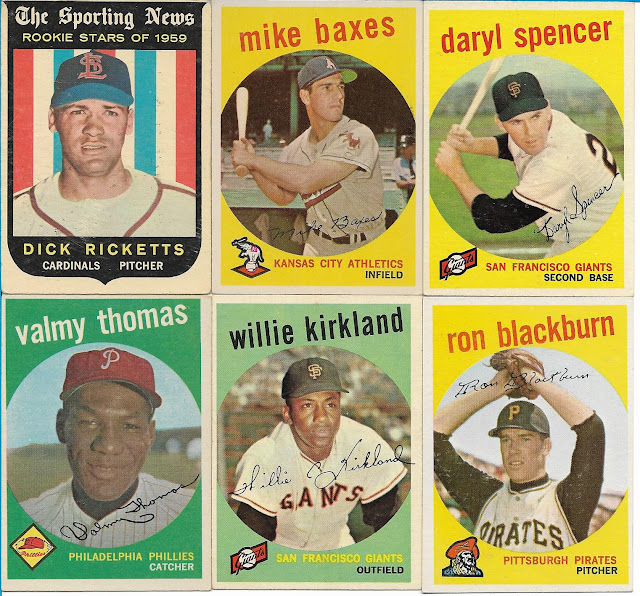 I was able to put a small dent into my '59 Topps set as well, finding 15 more cards at the show that were affordable.  10 of these 15 were only $1 apiece, a reasonable price for '59 commons.  This set is quickly approaching the halfway mark; with any luck I'll be at that point after a couple of more shows.

Keeping up with the finding hockey in the least likeliest place theme, I have a couple of more Leafs cards to show off.  Well, the first one is actually pictured as a  Leafs player...Tim Horton 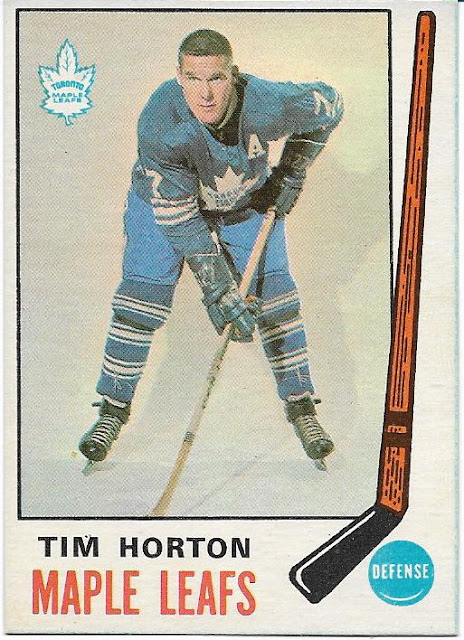 This 69-70 OPC #182 card was found for a paltry $2.50.  I wondered why I got it so cheap until I realized that there was some pen markings on the back, but it doesn't matter to me because this card is a great addition to my Leafs collection. 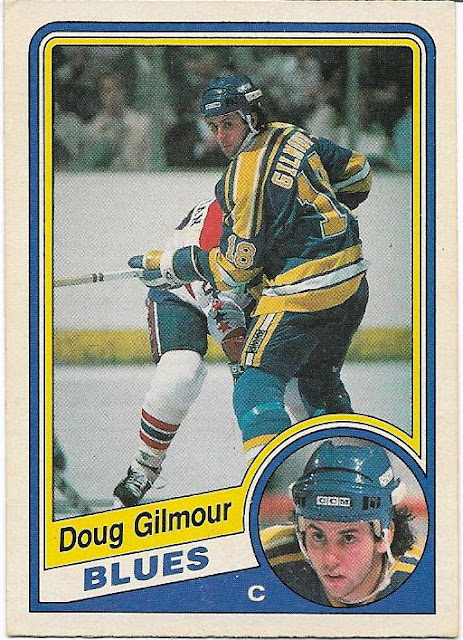 One of the greatest Leafs of the early 90's was Doug Gilmour, and finding his RC for just $2.50 was another great purchase.  Even if I don't put together the 84-85 OPC set one day, this will be a nice addition to my collection.

I also picked up a trio of cards to start some envelopes for some other bloggers.   Hopefully this will be the start of getting more envelopes to the blogosphere during 2016.

Thanks for reading, Robert
Posted by Robert at 9:31 PM