I've had an opportunity to take a look through all the great cards that Wes sent me last week, and I was able to pluck out a bunch of cards that I thought were worth showing/commenting about.

I thought it was cool to have both a Goose and a Gosling in the pile... 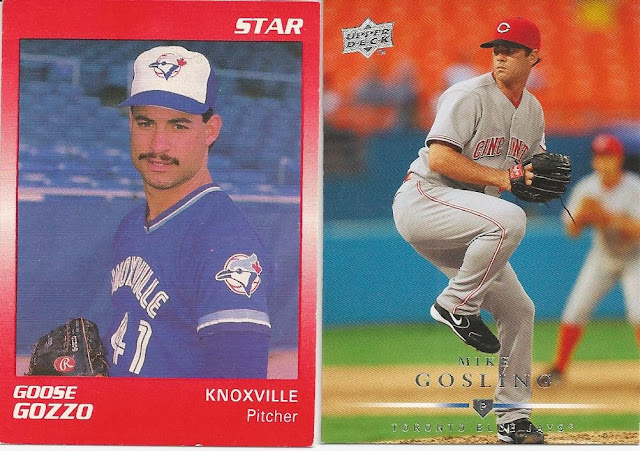 Honestly, I don't think that I've ever owned any of the '81 Fleer set, but this handful of Blue Jays that was in there showed me what everyone was talking about....the set was pretty bad 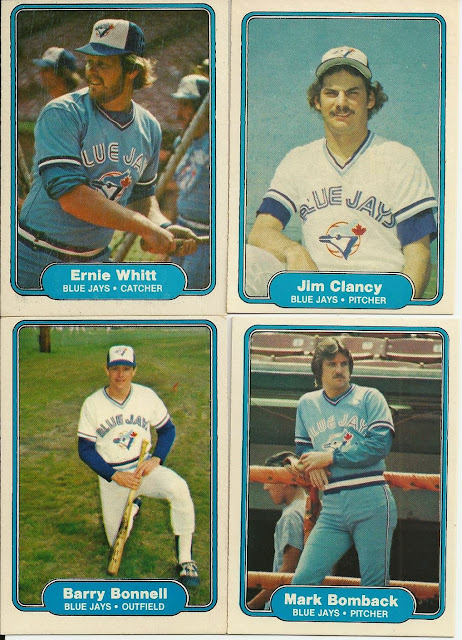 and the pile also showed that '81 Donruss was better...

I never knew that Topps Stadium Club had a set produced exclusively for Toys R Us, but this Mike Timlin card taught me so....

Yes, I've learned a few things, but now I need the blogosphere to help me with a card.  Take a look at this '91 Bowman Kelly Gruber card. 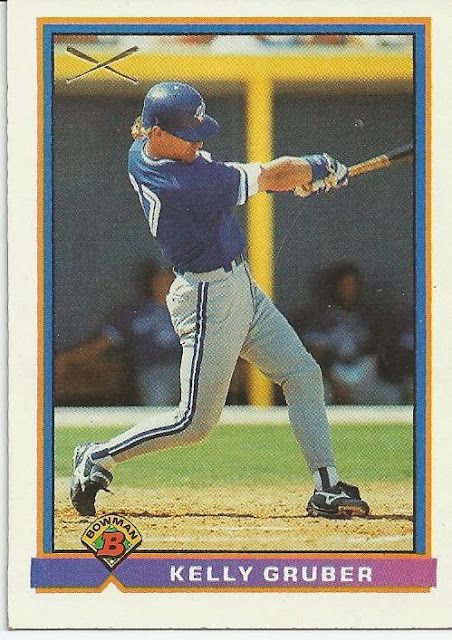 Take a look in the upper left at the crossed bats in gold.   I can't say that I've ever saw them before.  A parallel set of some kind that I never knew about?  Any help with this one is greatly appreciated.

I can't say that Fleer made a good effort with this card... 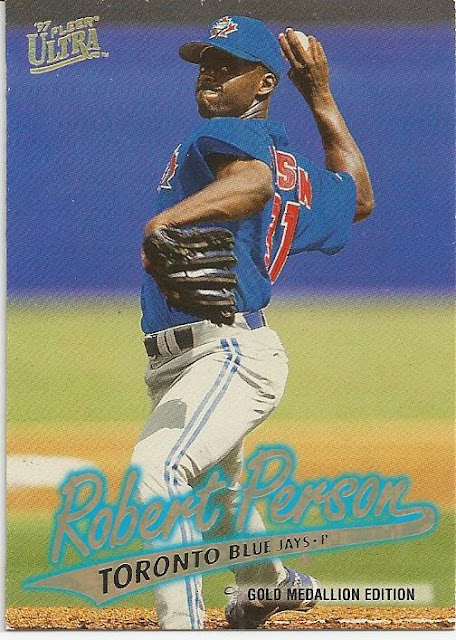 I guess Fleer was running out of gold?  Most of the Gold Medallion Edition cards that I saw over the years had a completely golden background.  Maybe I missed a year or 3?

Another set that I had no idea about until I saw this card was the 2002 Donruss Originals. 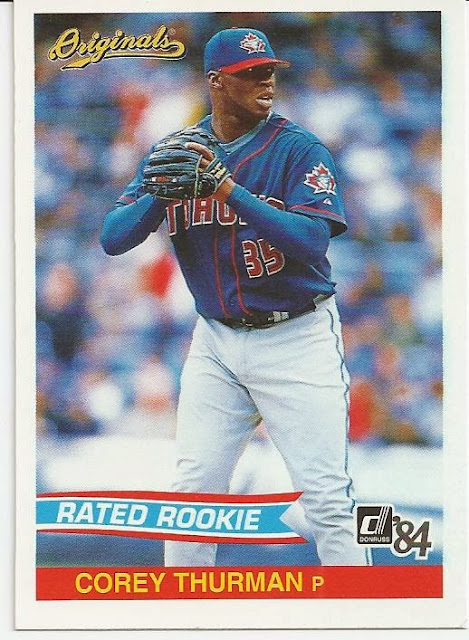 I didn't even remember Corey Thurman's name.  Thurman was a rule 5 draftee from the KC Royals in 2001.  He pitched in the 2002 and 2003 seasons in Toronto. struggled a bit, then kicked around 3 other organizations until 2007.  Since 2008 he's pitched for the York, PA Revolution in the Atlantic League, starting exclusively the past 6 seasons, and pitching fairly well until the 2013 season.

How about a bit more gold, featuring #30 himself...Todd Stottlemyre! 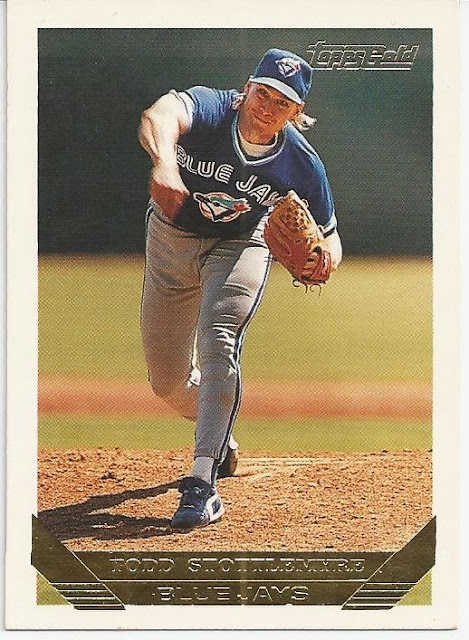 Finally, here's a card (and a question) for the king of all double play collectors, Jim at GCRL... 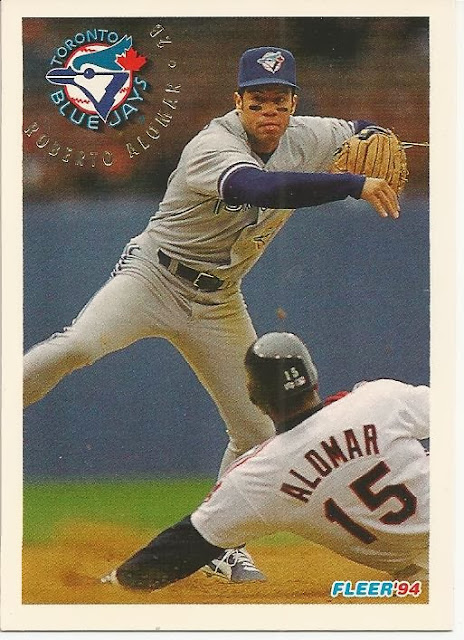 I'd love to know if there are any other double play cards out there that show one brother taking out the other.  I think this is a great shot of the Alomar brothers, and easily the best card of the stack that Wes sent. (ED NOTE:  I need to keep up with my blog reading, after writing this post I realized that this card was posted on GCRL's blog.....lol)

Wes, that box you sent was great, thank you!!  Much appreciated....

thanks for reading, Robert
Posted by Robert at 8:59 PM