Another milestone for the serial insanity set, cards #1046-1050 are being posted tonight, which brings the set to the 70% point.

Doesn't appear as if I'll hit the 1100 card goal by the end of the year, but thanks to those out there who gave it the ol' college try!! 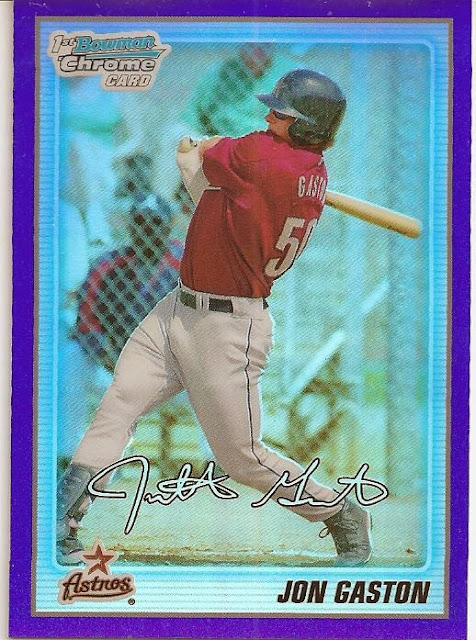 I'm sure that the incredible 2009 season he had in the California League had something to do with this 2010 Bowman Chrome card being produced.  139 games, 35 HR, 100 RBI and 114 runs scored is a great season no matter what level of baseball you're playing in.  Unfortunately at age 27 and having only reached AA so far, it's not looking good as far as making the bigs... 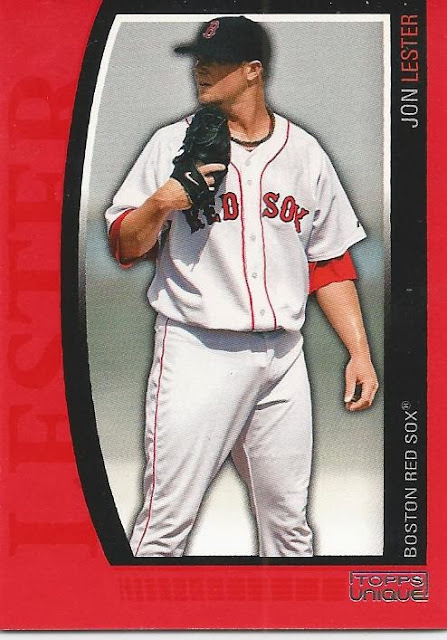 Two cards in a row of guys named 'Jon'.  This Jon has had a few seasons of big league success, and reached a milestone in 2013 by winning his 100th game.  5 out of his 6 seasons as a full time starter he's won 15 or more games....not too shabby. 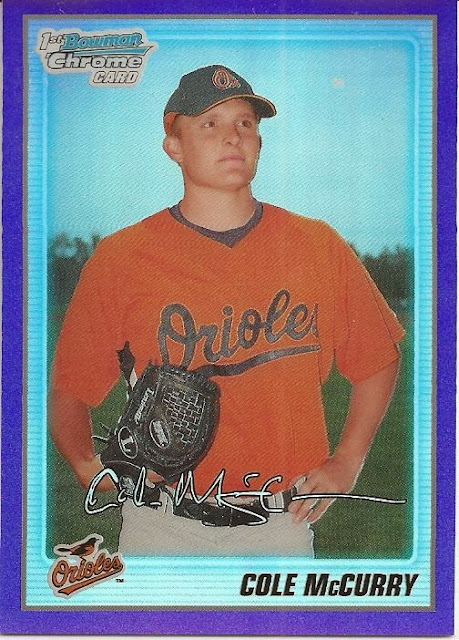 2nd card in this post featuring a purple bordered 2010 Bowman Chrome card.  Cole has bounced back and forth in the minors between the rotation and the bullpen, but AAA he's spent all his time in the pen with less than stellar results.  Another prospect that may be running out of time at age 28, we'll see if he gets a shot this year with the Braves... 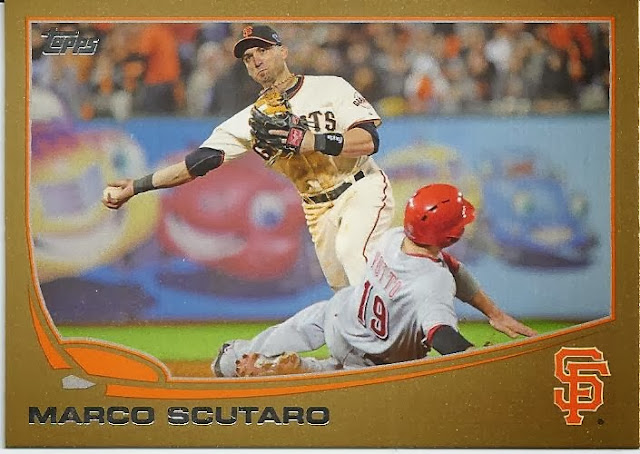 Immediately when I see this card I think of GCRL...a great double play shot (sorry Mr. Votto).  I wonder if Scutaro is going to be the next "ageless wonder".  The Giants signed him to a 3 year deal before the 2013 season which will take him to the ripe old age of 40.  A full season this year should see Marco hit the 1500 mark in both games played and hits for his career. 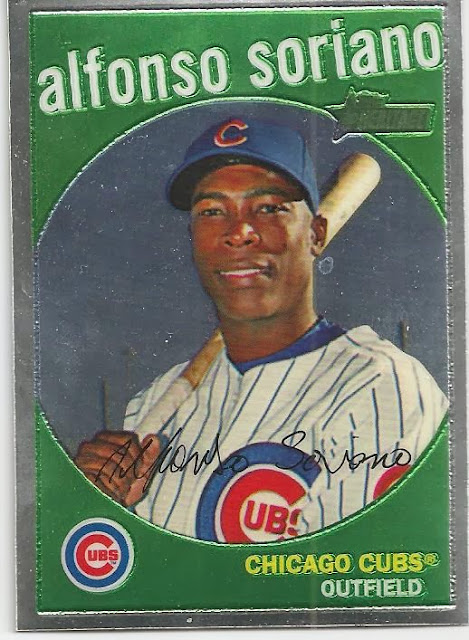 I had totally forgotten that Alfonso was traded for A-Rod.  Take a look at this post and see what you think of the comparison of that trade to a more modern deal, Brandon Phillips for Miguel Cabrera (if that were to happen).  It's hard to believe that Jon Hart also took on that much money ($67 million of Rodriguez's contract after he left was still paid by Texas) and lived to tell about it...

Thanks for reading, Robert
Posted by Robert at 8:42 PM