Can you people out there see what I'm doing? No really, come on...can you??

Let's rewind a bit, back to the card show from last Saturday.  I decided to put another dent into the '73 Topps set I was working on, which means another visit to my favorite vintage dealer Ray.

As you will see by the scan, I am at the point in building the set where the star cards are in play...


Since I hadn't bought a lot of cards in the past month, I went a little higher than usual at Ray's table, spending $60 (after discount....it's great when a dealer takes care of you).  There were 18 cards in my '73 pile, but there were a few cards that I put back, largely because of the condition. 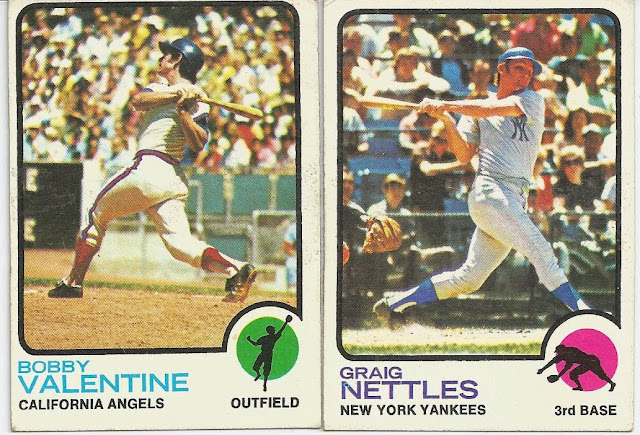 Now I know what you're probably thinking...if you put them back into the dealers box, how can you scan them and show them on the blog?

Well, it appears that Jeff from the Fan-Attic Sports Cards Blog has a camera trailing me, because the envelope I received from him today had these two cards in it!

It's spooky when you open an envelope and you see two cards that you have in your hands just a few days prior, put them back and all of a sudden they show up on your doorstep.

Jeff also sent me something a little older.  One card from the '68 Topps set, which is another set that I plan on putting together in the future.  The "burlap" set represents the first Topps release after I was born, and should be an interesting build as it features a 598 card set with one of the most expensive RCs I'll ever chase, Nolan Ryan. 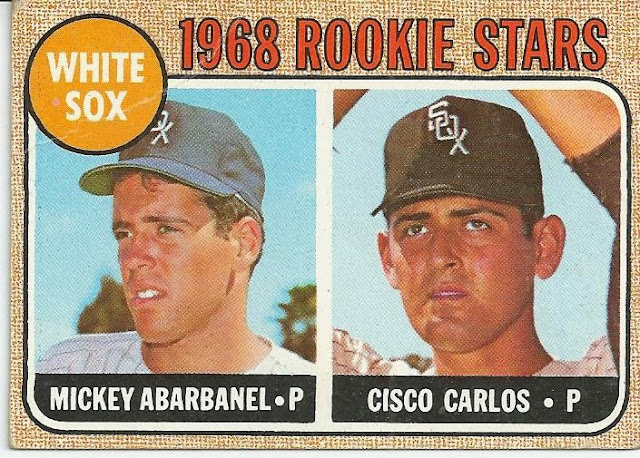 That card goes along with the two other commons I picked up for a quarter apiece.... 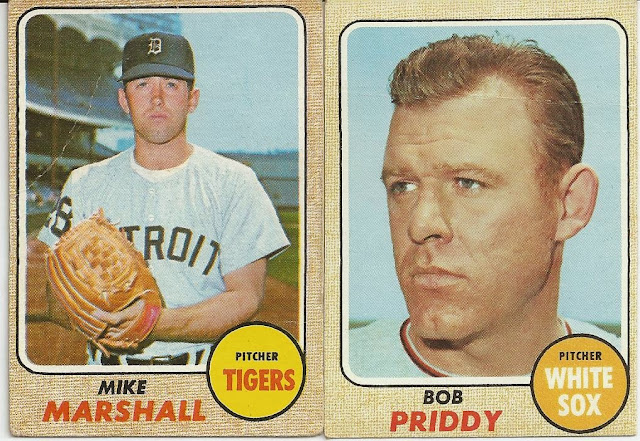 The 4th card in the envelope was another addition to the SNI set, and it will be featured in the next post of serial numbered cards.

Jeff, thank you for the envelope, it is much appreciated!!

Thanks for reading, Robert
Posted by Robert at 9:33 PM