Totally off the wall

I remember reading something on a blog a long time ago about writing about cards you already own, instead of waiting for new ones to come in before you post.  It's funny how things like that stick in my head.

I decided to do some digging today and came up with a few cards that I thought were:

A) somewhat thought provoking
B) Oddball
C) Something that makes you go hmm....

OK, maybe for me they will fit into one of those categories.  You might just read this post and wonder if I've totally gone off the deep end.   Ah screw it, let's have a little fun...

Let's start with Canada's "other" baseball team, the Montreal Expos.  I found a couple cards that fit into categories A & C. 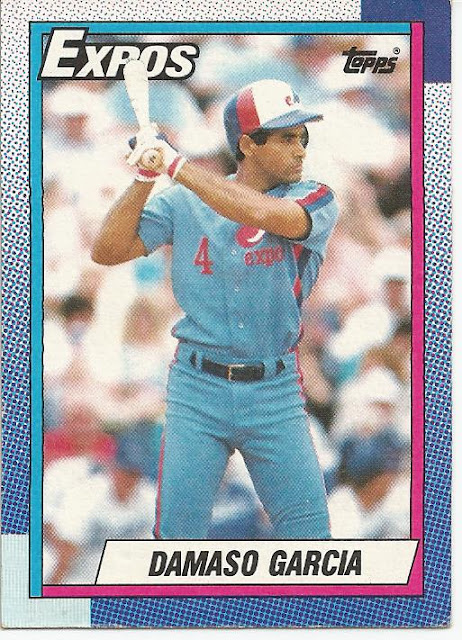 A card from a long time Blue Jay that struck me as interesting, largely because I had forgotten he had spent the 1989 season playing in the Big O.  '89 would be Damaso's last season of professional baseball, after which he retired at the age of 32.

This next card is from a set that I hadn't ever seen before, 1990 Starline.  It features Tim Raines 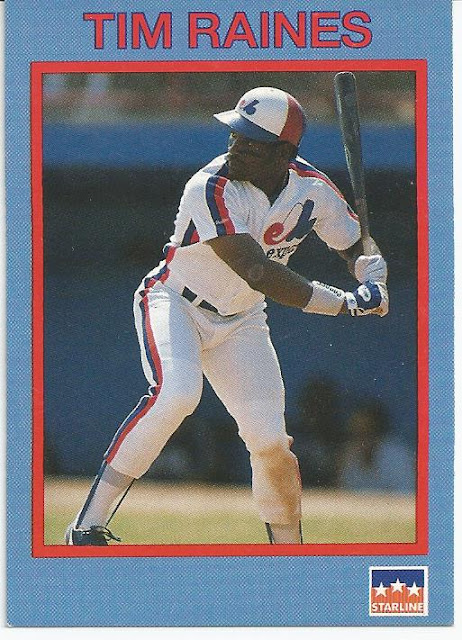 Not much to say about the card in general, what struck me as appealing was the red border around the photo, which fits right in with the team colors.  I don't know much about the set, other than it consisted of 40 cards, and Raines' was the 23rd in the set.  It may interest someone out there who collects Raines as an oddball type of card.

This card of Craig Biggio caught my eye largely because I don't think I remember ever seeing a card of him in his catchers gear. 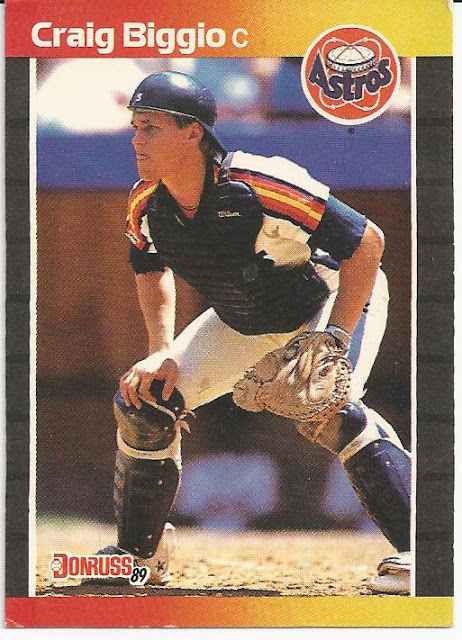 I wonder how long Craig's career would have actually been had he kept on wearing the tools of ignorance instead of switching to 2nd base.  I didn't even know that he caught a couple of innings in his final season with the Astros at the age of 41.  Kind of a cool send off, don't you think?

Next, someone needs to tell me why Ron Kittle didn't hit more home runs...check out the size of these glasses!! 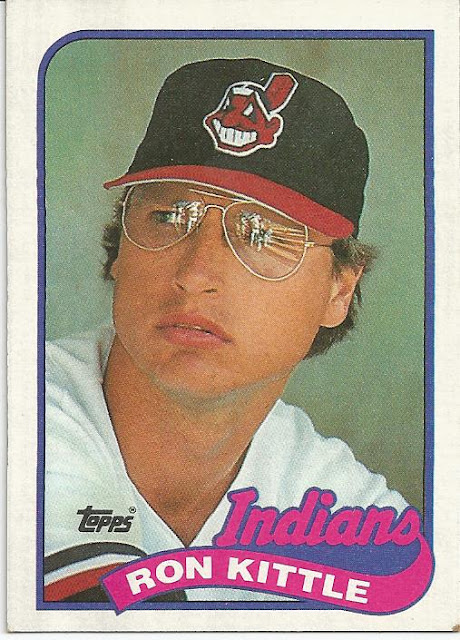 I remember Kittle hitting the AL with a splash in '83, winning the ROY award with a 35HR, 100 RBI season.   Ron had an OK season in '84, and from there his career went slowly downhill until finishing up his career in 1991.

Speaking of power hitters, how about another guy that hit a lot of HR's and struck out quite a bit as well, Rob Deer. 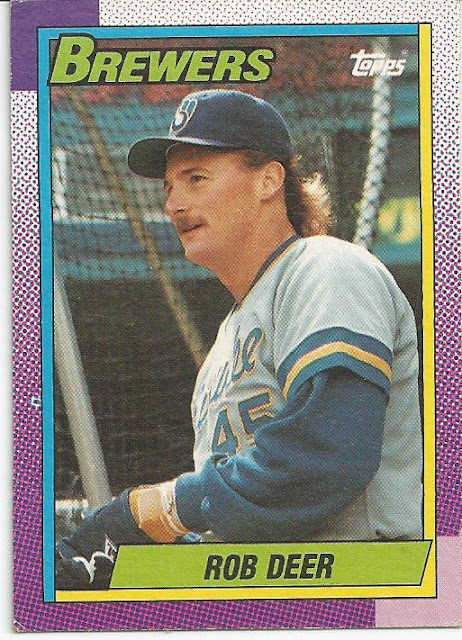 I hear Rob's name on a lot of telecasts. Rob is compared with a lot of today's power hitters that strike out a lot while pounding a lot of HR's.  I had never taken a good look at his career stats, and boy could the man strike out. 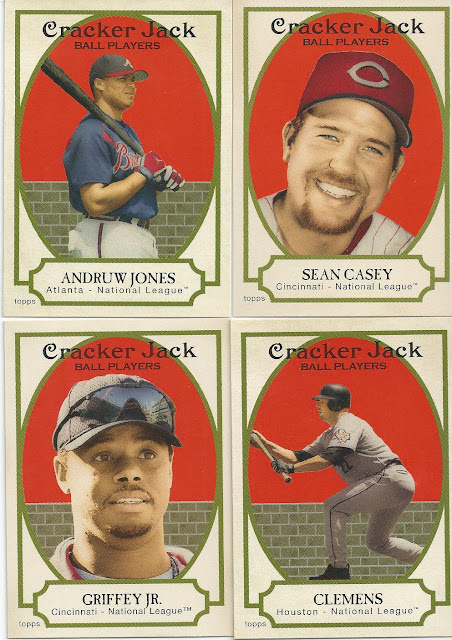 Andruw Jones/Sean Casey.  Solid big leaguers.  Get both of their names on the front of the card.
Griffey Jr/Clemens.   Superstars of their time.  No first names.  Huh?
Chances are the Clemens card is depicting 1 of his 18 sacrifice bunts that he had during his career.

OK, now that you've lost the last 5 minutes of your life reading my drivel, you can go to bed tonight resting even easier knowing that you actually got to see a card of a 4-Inch belt sander. 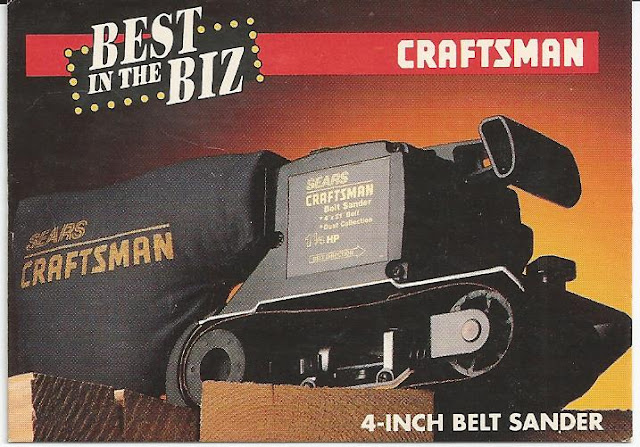