It's been a while since I posted anything about the vintage sets I'm in the process of building.  Likely because I haven't been able to hit any shows for a couple of months now, and the incoming flow of older cards has been nil.

So, I took a quick look at the stack of doubles I have on my desk of the '73 Topps set, and found a few cards that reminded me why this set is one of my favorites.

For your amusement is a half dozen various action shots which I found interesting for many different reasons.  The photos on the cards are interesting to me because they are shot at various angles and depths to the play.  The first one I found quite funny, it is card #236 of Tito Fuentes. 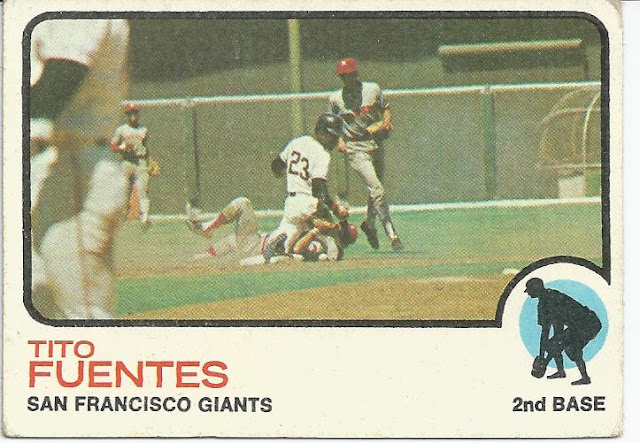 Tell me that this doesn't look like a WWE wrestling match, where one wrestler has his leg over his opponents throat, and the guy on the bottom is kicking wildly trying to get him off.  I can see the referee counting now...3, 4, 5!!

Next up, when was the last time you saw what appeared to be a brush back pitch featured on a card.  Take a look at #35, Willie Davis. 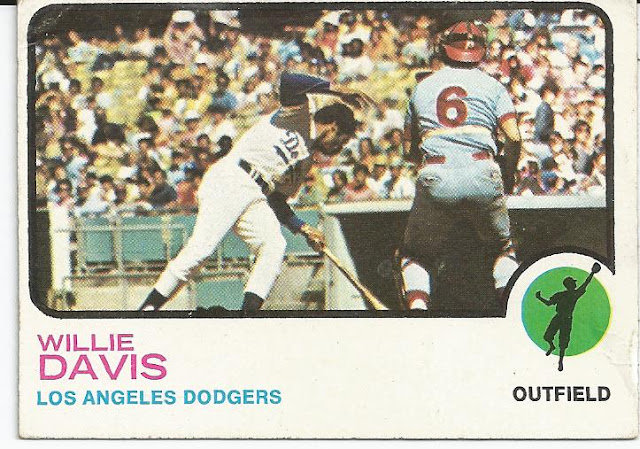 Sure, it may not have been a brush back pitch, but how often do you see a shot like this on a baseball card?

This next card immediately made me think of GCRL and all the great double play cards he's featured.  This one is #42, Mike Andrews: 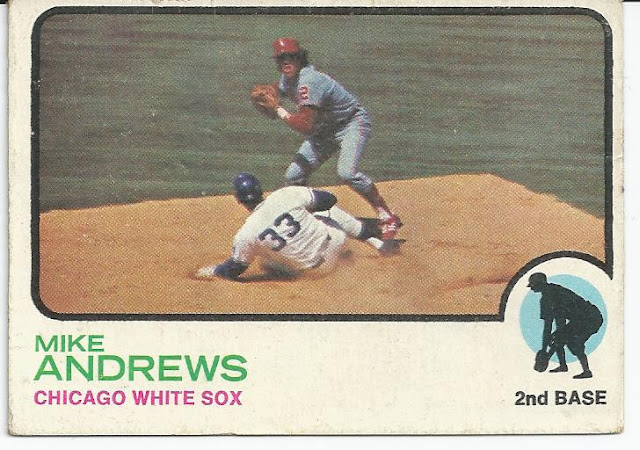 Another card that made me chuckle when I took a closer look.  This is # 307, Boots Day of the Montreal Expos.   Take a close look at his left foot... 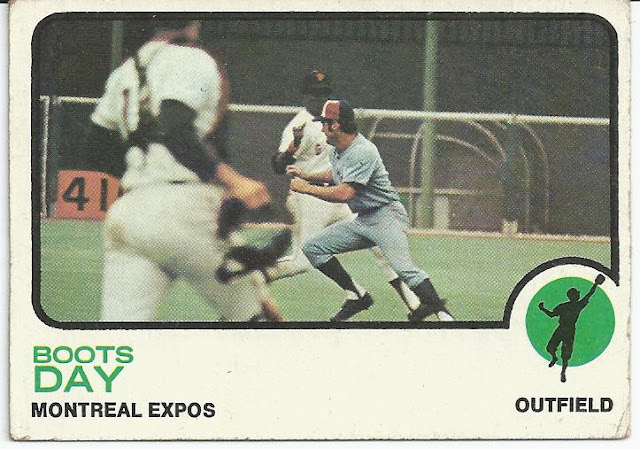 It kind of looks like he's wearing a boot, doesn't it??

Now I know what you're thinking, where's the vertical card love?  They can't be all horizontal cards, right?

Check out the potential pain coming up in this shot of Mark Belanger, card # 253.


Looks like a high knee to the solar plexus, another rasslin' move!!!

Finally, how many cards do you see in today's market that show you an error about to be committed?  Card #456, Dick Green, doesn't show us how to field a ball cleanly... 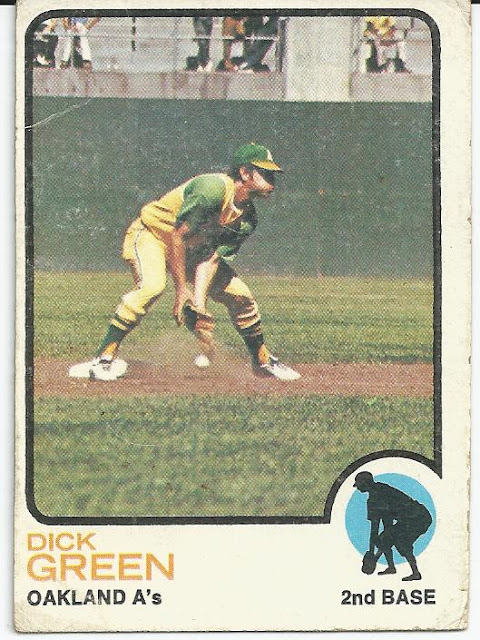 I love this set, and I'm looking forward to picking up more of it some time.  There's only 9 more weeks until Labor Day weekend, and the return of the monthly card show to the nearby mall.

I better not wish for summer to end too fast, it just started...

Thanks for reading, Robert
Posted by Robert at 9:16 PM