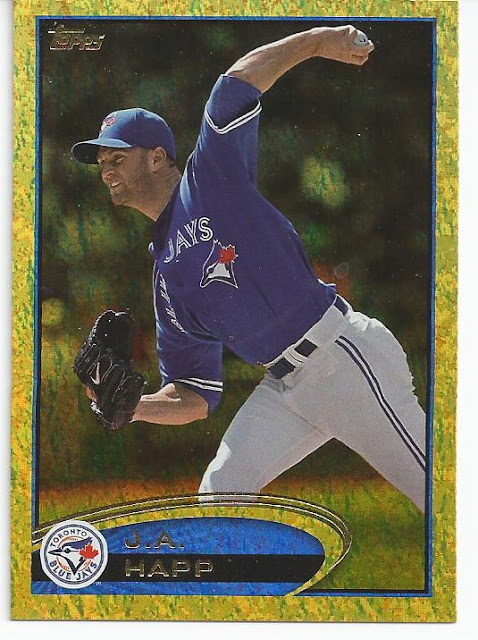 This guy is 30 years old?  Really?  It seems as if I've really only heard of him over the past 2-3 years, a pitcher with great potential who has been included in a couple of big trades, first to Houston in 2010, and then to the Blue Jays in 2012.

I was actually kind of excited when the Jays picked him up at the trade deadline last year, partly because the staff had been almost wiped out by injuries, and also because of the build up that he's received over the years.

I just looked at his numbers, and well, now I'm not so convinced.  Of the 4 full seasons he's been in the bigs, J.A. has pitched 100+ innings in 3 of those years, and while his rookie season in 2009 was quite good (he finished 2nd in RoY balloting to Chris Coghlan), the other 2 seasons have been average at best.

Until the incredible off season trades by Alex Anthopolous, J.A. might have had a shot at the starting rotation this year.  Now, I fully expect him to be a part of the bullpen, where he could learn to be a lefty specialist from one of the best there is right now, Darren Oliver.

With a rotation of Dickey, Johnson, Buehrle, Romero and Morrow, let's hope that J.A. doesn't have to be pressed into starting duty for any reason.

thanks for reading, Robert
Posted by Robert at 9:54 PM