Opening Day is upon us 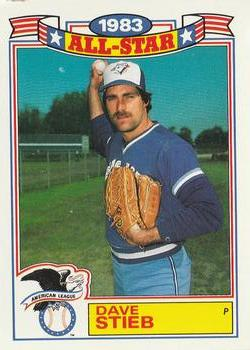 I'm sure a lot of you in the north are probably saying "thank God it's opening day!"  The pictures I've seen of the winter that many of you have experienced makes me pretty sure that sentiment holds for a lot of you.

This is season #45 for the Jays, and I thought of Dave Stieb and wondered how many opening day starts he had.   I went and looked up on Baseball Reference just how many times Dave started on Opening Day, and I was surprised to learn it was just 4.  The list below shows what game he actually began each season and how the team fared.

Dave was 1-3 on opening day starts, but you can see that the Jays won 6 other times on his first start of the season.

Hyun Jin Ryu starts for the 2nd straight year on Opening Day and I'm hoping that the Jays young guns put up a big season this year.

Just finishing ahead of either the Yanks or Boston this year would be good as well....