Wasn't but a few years ago when I would turn on a weather report and cringe when I heard the forecaster say "and the temperatures will be in the teens over the next few days".   Luckily I don't have to worry about that anymore, unless a forecaster here says that the real feel temperatures are going into the 1 hundred and teens, then there's cause for worry.

Luckily, this post is just about baseball cards, and more specifically a pair of sets that had cards added to them this past weekend at the card show.  Both sets had want list reductions in the teens, not a bad number in the least. 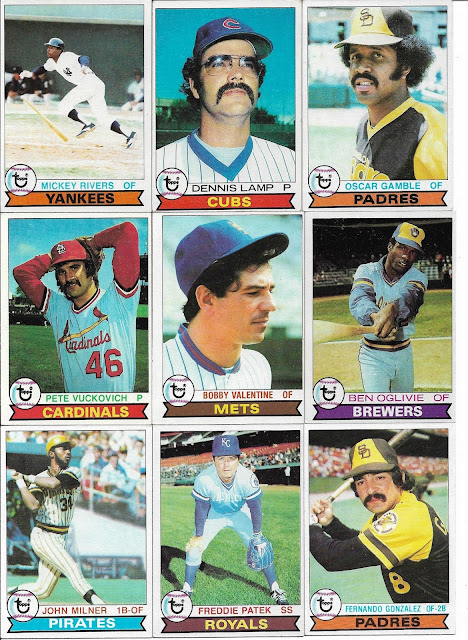 '79 Topps is right in my collecting wheel house.  I was 11 years old when this came out, and I remember everyone on this page, save for Mr. Gonzalez in the lower right hand corner who was on the Padres and they didn't get much air time in the great white north.

Love the pinstripe style of uniform on John Milner, a style that I forget that the Pirates wore as well during the late 70's.  Everyone remembers the gold tops that you'll see on the next scan. 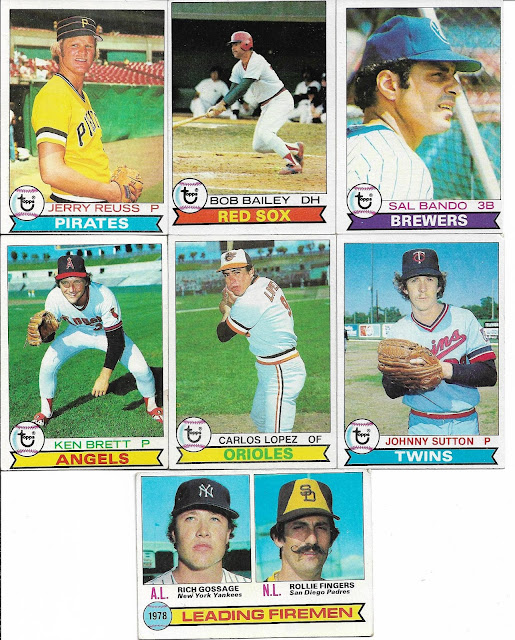 I really don't remember Reuss as a Pirate at all though, my earliest memories of watching him pitch were with the Dodgers.

Another thing I've noticed over the past few days is just how big pitchers gloves were back in the day, Johnny Sutton of the Twins is a good example of that on his card.

I probably could have picked up a lot more of the '79 cards, but unfortunately I never remember to bring my glasses (used specifically for reading), and the card numbers on the back are so small that my eyes get tired from straining very quickly.  Maybe next time I'll remember. 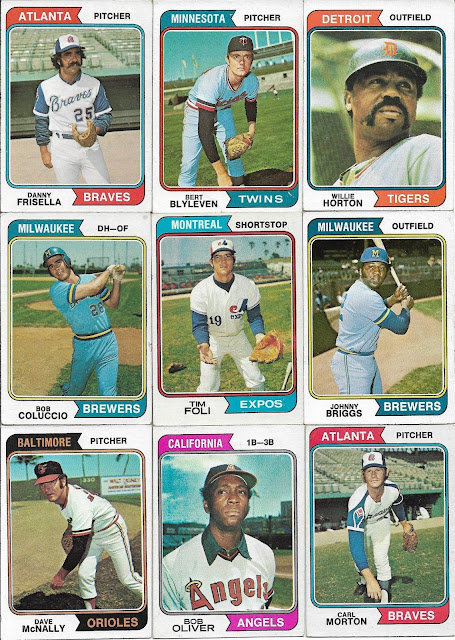 Finding some '74 Topps in the dime box was quite nice as well, and I managed to grab 15 of these for the ride home.  This is one set that likely will not be finished this year, but if I can get the want list below 100 cards, then 2020 should see this set come to completion. 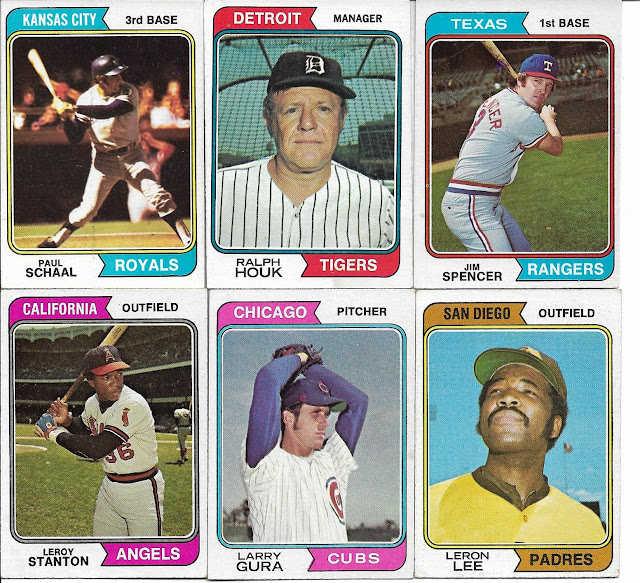 The big name that I still have remaining in the set is the Winfield RC, as well Nolan Ryan, Seaver, Rose and a few other stars are still on the want list.

I'm guessing that the Ralph Houk card was photographed while he was still with the Yankees, as I don't remember the Tigers wearing pinstripes.  The airbrushers didn't do too bad of a job with the fancy D though!

Robert
Posted by Robert at 5:00 PM