Been in a bit of a mood to trade lately, and I've been using the Trading Card Database to help in knocking a few cards off of my want lists.

Nothing major, just a couple of cards here, and a few cards there.

First, Eddy (User ID:setshot68) was kind enough to send me a handful of cards from my '83 Topps want list. 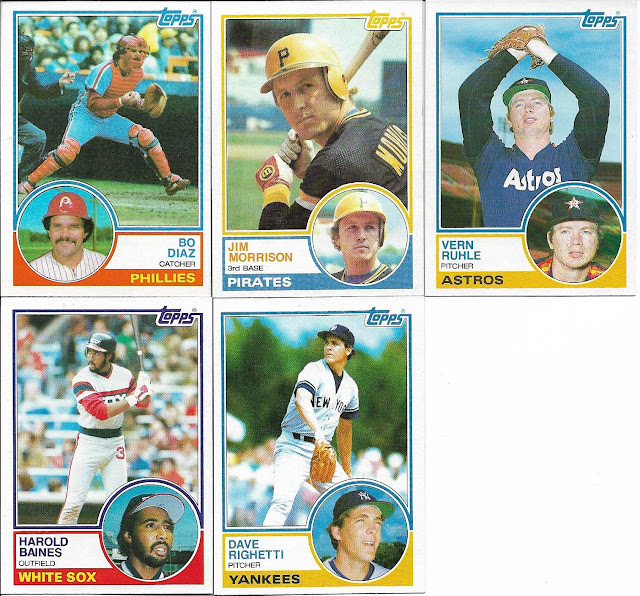 I really haven't pushed all that hard to put this set together, largely because it doesn't appeal to me as much as it does a lot of people in the collecting world.  This set is similar to the 84-85 hockey design where the inset photo is in a circle, and that set also isn't one of my favorites.

It's not bad, it just doesn't stand out for me like '81 Topps does (I'm a big fan of the hat) for example.  None the less I will get this one put together for the collection.

Second, Paul (User ID:pjdionne12) took a couple of '59 Topps duplicates off of my hands and sent me a couple of '69s 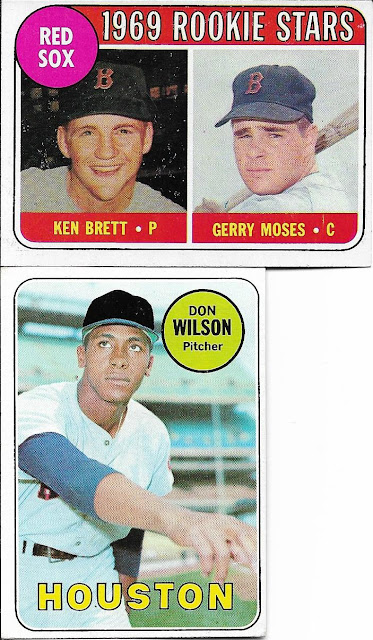 Great stuff here!!  Glad to be able to knock these two off the want list, which is still quite large as I only have 119 cards from the set in hand.   That doesn't even equate to 20% of the entire set, so there's a ways to go.

Two great things about these trades.   First, they only cost me a postage stamp each.  In this day of rising postal rates, trades for 50 cents are always welcome.   Second, I no longer have 4 cards in my collection that I had no use for.  Dupes and inserts, be gone!!

Thanks to both Eddy and Paul for the trades, they are appreciated.   Rest assured I'll keep on adding cards to the trade list (which currently stands at just over 1000) and trying to find more trade partners.

Thanks for reading, Robert
Posted by Robert at 10:38 PM