Inbound & Down: The collector pt. 2

The better part of today so far has been spent:

The last bullet point will be my domain exclusively, and I've started by removing an unnecessary shelf in the closet, which will allow me to put a 4 shelf storage rack in the closet to get a lot of clutter out of sight (and probably out of mind).

I decided to take a break by finishing off the trade post I started yesterday.  Chris from The Collector sent me a nice stack of Blue Jays cards to go along with the hockey that I showed off yesterday. 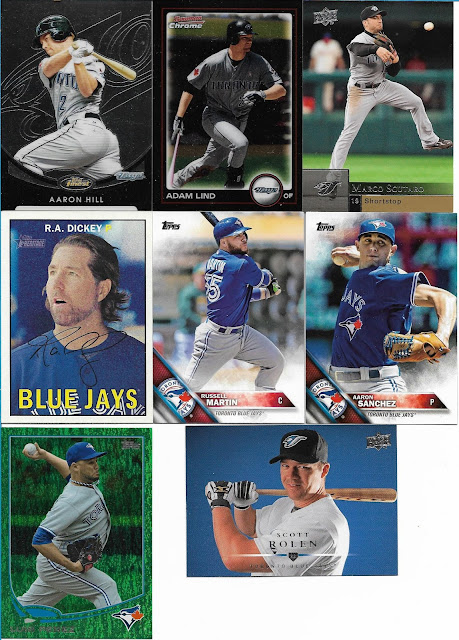 The best part about these cards is that they hit my want lists.  Each and every one has been marked off.  I'm curious to see how much longer R.A. Dickey lasts.  Phil Niekro pitched until he was 48, Charlie Hough was 46 when he hung them up; Dickey is now 42 and has a lot fewer innings pitched than the others did at 42, so we'll see how it goes.  I'm sure getting out of the homer dome in Toronto will help his cause. 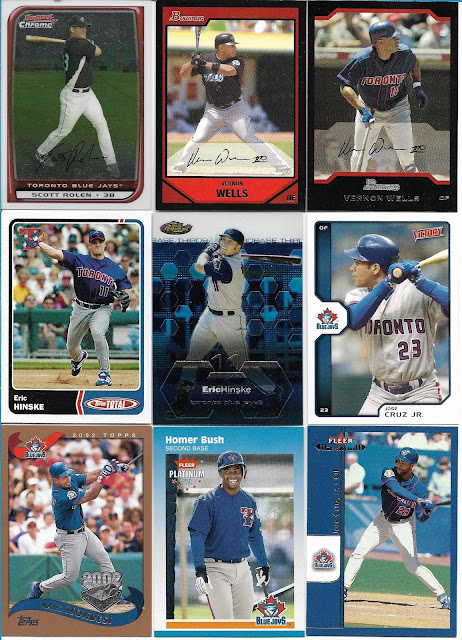 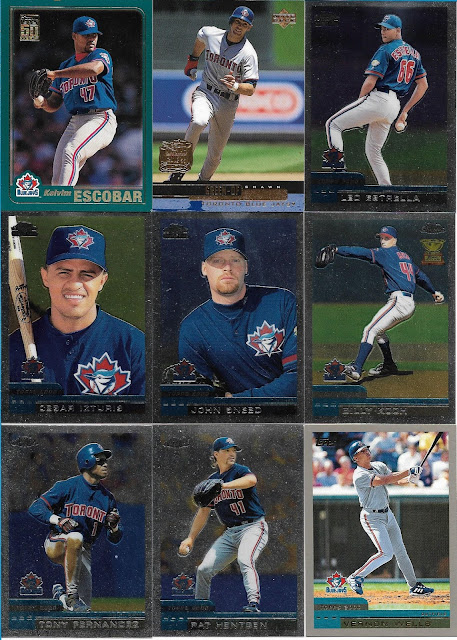 The two lists that Chris put a nice dent into was the 2000 Topps Chrome & Chrome Traded.  A lot of shiny goodness came my way. 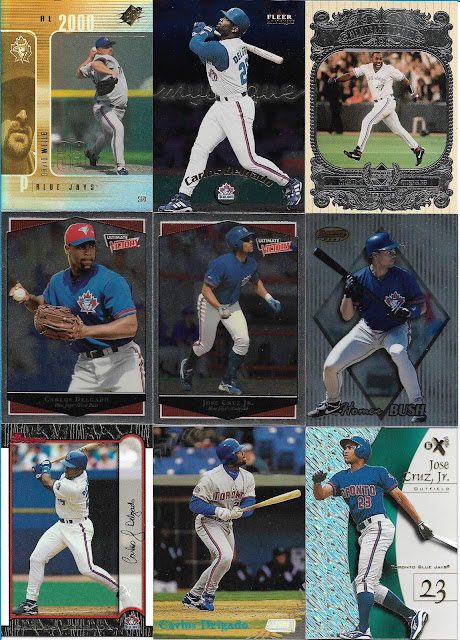 All I have to say after collecting the Blue Jays over the past several years is heaven help the person who PC's Carlos Delgado.  I'm sure that I have over 200 different Jays cards of him (at least), and playing all those years for the Mets and Marlins I'm sure that there are quite a lot of cards that feature that swing of his.  There's 4 more on this scan alone!! 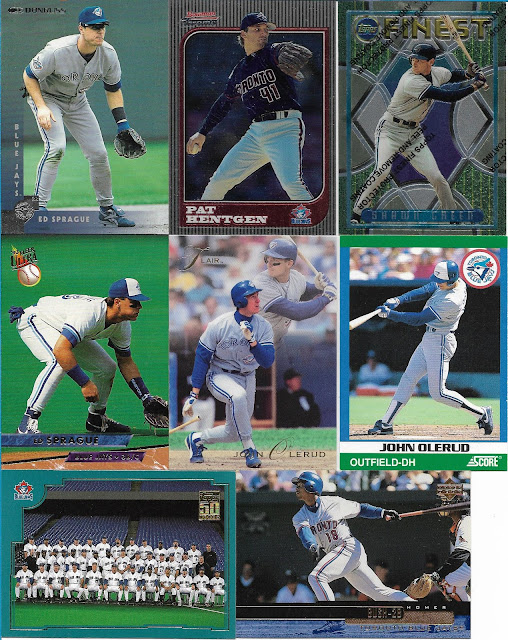 The top 6 cards on the final scan take us back to the mid 90's with Olerud, Sprague, Green and Hentgen.  I just added the horizontal cards of the Jays Team picture and Homer Bush so that they wouldn't be left out.

43 more cards off the want list is a great hit, and really appreciated.   Thank you Chris!!

thanks for reading, Robert
Posted by Robert at 3:19 PM