I had a pretty good time at the monthly card show this past weekend.   I spent a total of $80, 20 of which was on the Brett Hull RC I showed yesterday (which my be counterfeit now, I'll have to do some research and follow up with that--thanks to Coast to Posts for the info).

The other 60 was spent on a lot of other goodies, which I'm going to cram about 90% of them into this post. 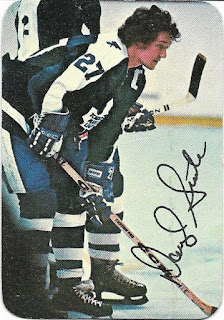 A few more Leafs for the collection, including a couple of my favorites past and present, Darryl Sittler and Morgan Rielly.  I'm hoping that Rielly's injury that he suffered tonight isn't serious and he'll be able to come back soon. 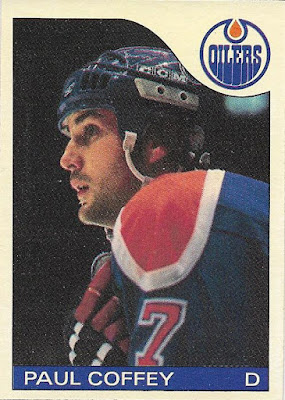 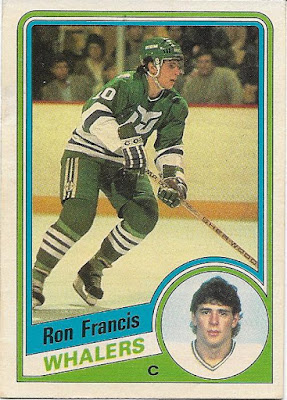 I grabbed a couple of star cards from a pair of mid 80's OPC sets on the cheap.  I still have a very long way to go for both of these sets, maybe later this year I'll hunt for some cheap lots on eBay to try and knock the want lists down for both the 84-85 (Francis) and 85-86 (Coffey) sets.

I found a trio of star cards for the 1990 Leaf set that I'm trying to put together.  It seems that the last couple of shows I've attended I managed to snag a Nolan Ryan card or two each time. 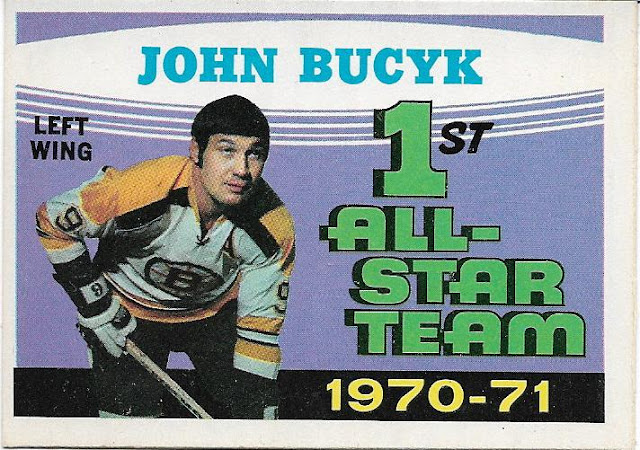 For $4 I was able to snag a '71-72 OPC John Bucyk all star card for that set.  Each of the past couple of shows I've also found a card from this set.  The border is definitely off center, but it's still a nice card with no other flaws, so I just had to pick it up 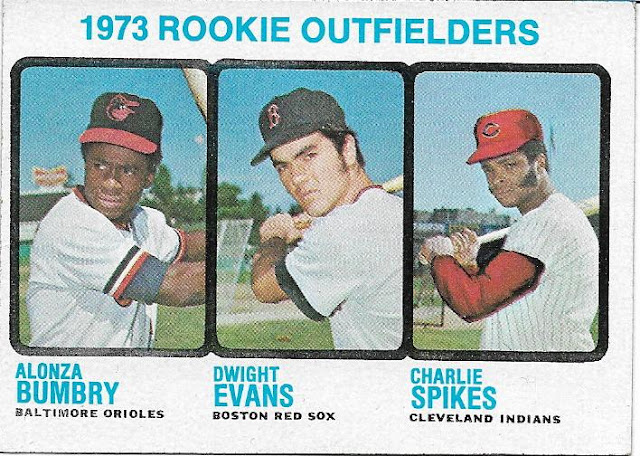 This was a very happy accident.   I was down to just 3 cards to finish the '73 set, and really didn't go to the show looking for any of them.  While sorting through a box of star cards from the early to mid 70's, I came across this card, and had to stop and look at my phone to see if this was something I needed.  Sure enough, it was, and I now need only 2 cards to finish the '73 set. 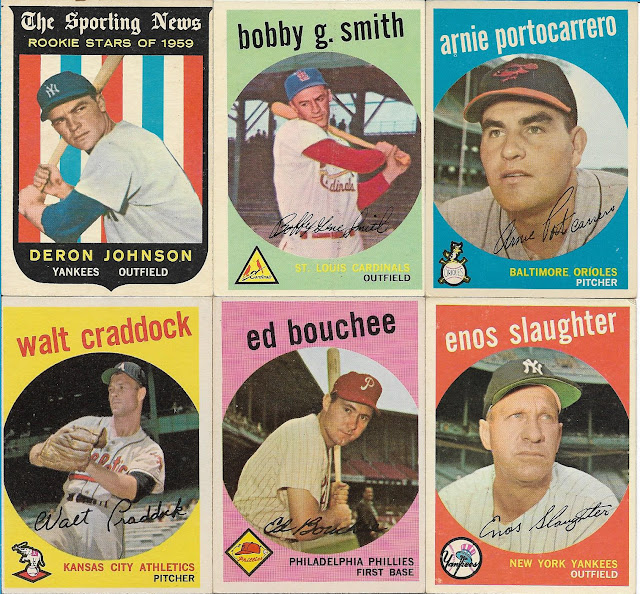 I was able to grab these 6 cards for the '59 set I'm working on, the highlight being the Enos Slaughter card on the lower right which cost me $9. 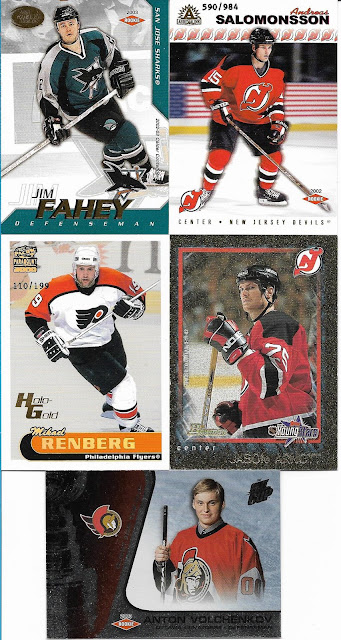 Finally, at a table that had a dollar box, I grabbed 11 serial #'d cards for the SNIH set.  If you bought 15 cards out of the box, he charged only $10, so I got these for 66 cents apiece, right around what I normally like to pay for serial #'d cards.  I was excited to get another Tony Esposito card for the set, the classic Butch Goring helmet that he wore for his entire career was also another cool pickup for me.

Let's see how that plays out...