Inbound and Down #2: Night Owl

There's nothing better than receiving an envelope full of cards out of the blue.  It's great to come in the house look on the dining table and see a big brown mailer that you didn't expect, especially when it comes from the Night Owl, because you know you're getting something good.

Greg hit quite a few want lists, and also added some cards that weren't on a list but were needed none the less. 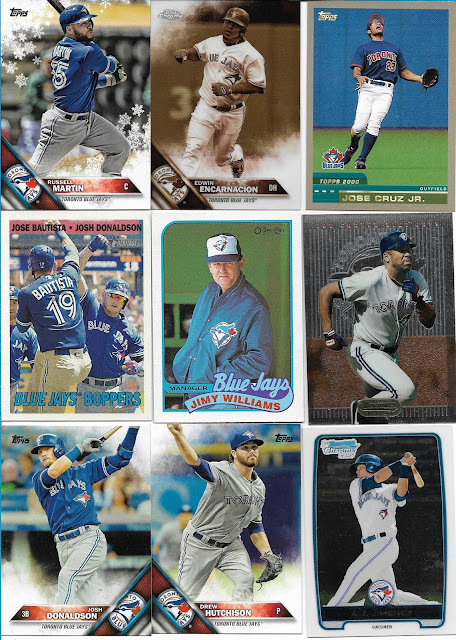 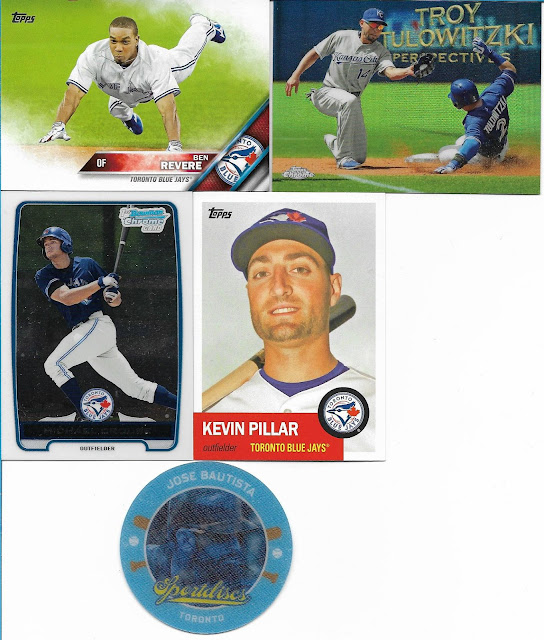 Can't say that I've ever seen one of the Sportflics style discs, so the recently resigned Jose Bautista was a welcome sight.  I wondered when Greg showed off the snowflake style cards from '16 Topps on his blog a few weeks back if he had pulled any Jays.  Sure enough Russell Martin ends up on my doorstep.  The Jimy (one M) Williams card in the center of the first scan is an OPC from '89, still need lots of those from the 80's!  The Blue Jays Boppers card is another that I hadn't seen previously, from this year's Heritage set.   Nice...

I do remember Greg mentioning on his blog about receiving Shawn Green cards and considering them Jays because when the card on the left came out, Green was a Jays draft pick.  Lucky me, I scored a trio of Green cards, including the jersey on the right, which is the first update to the Jays hits page on my blog since the end of October.  Great stuff.... 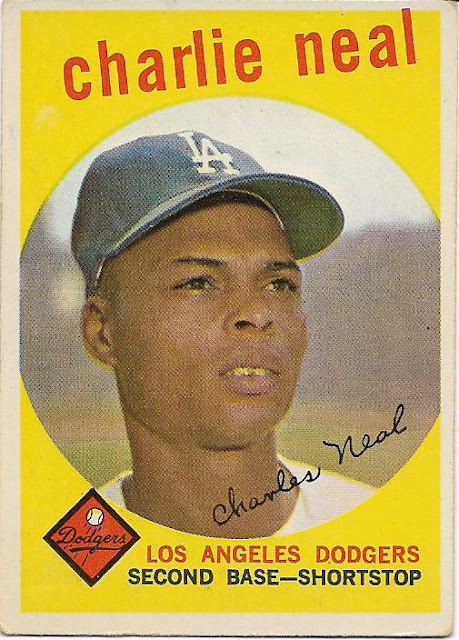 From the endless Dodgers dupe box, maybe?  No matter, the Charlie Neal card you see here becomes the 333rd card I have for the '59 set.  Still a long way to go for sure, and a lot of big names (and $$) still to purchase, but it's been a labor of love so far. 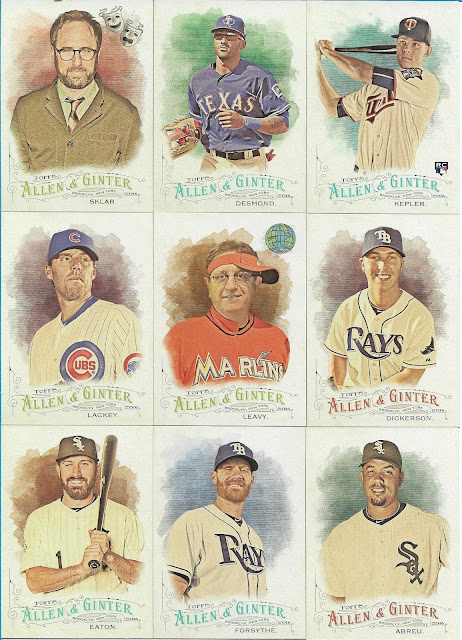 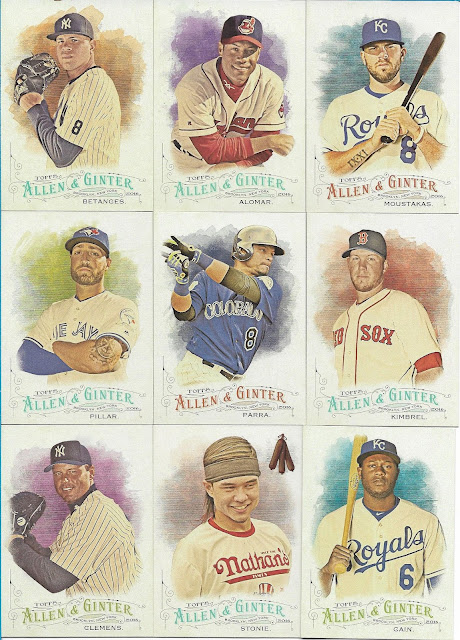 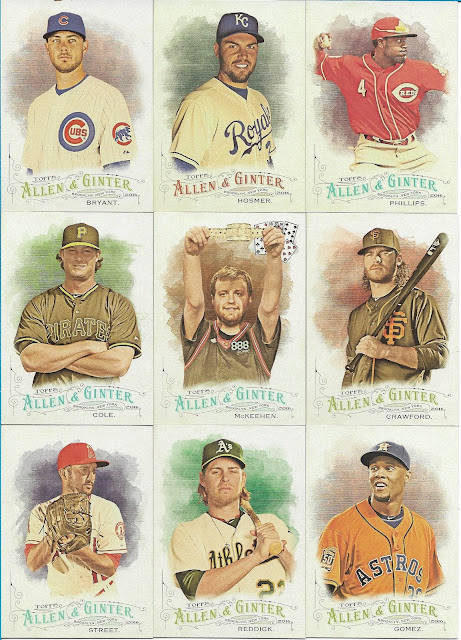 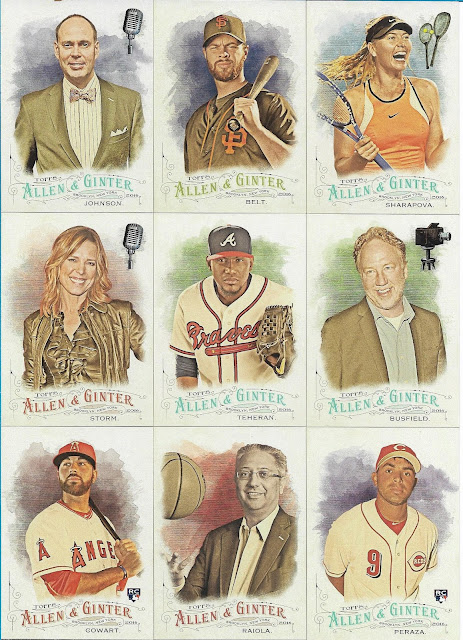 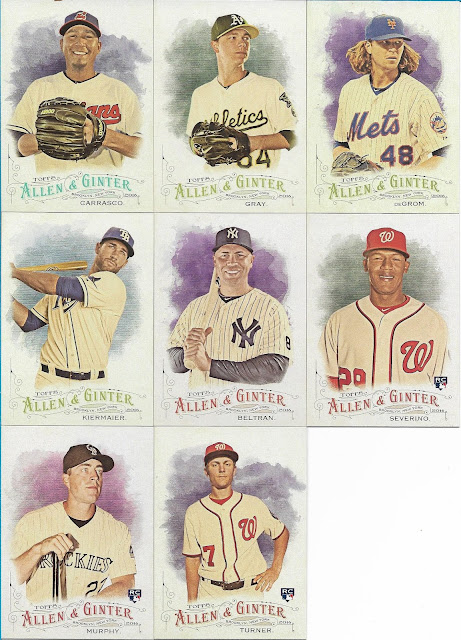 One of the things I mentioned on my first video blog is that I wanted to complete the 2016 A&G set without buying any more packs.  Well, I'm 44 cards closer now thanks to the great lot of cards you see above.  I wonder if Maria Sharapova or Hannah Storm will end up being the babe of the year for 2016.
I was kind of disappointed to see Roberto Alomar in a Cleveland Indians uniform, would have been great to have him appear in his Jays #12... 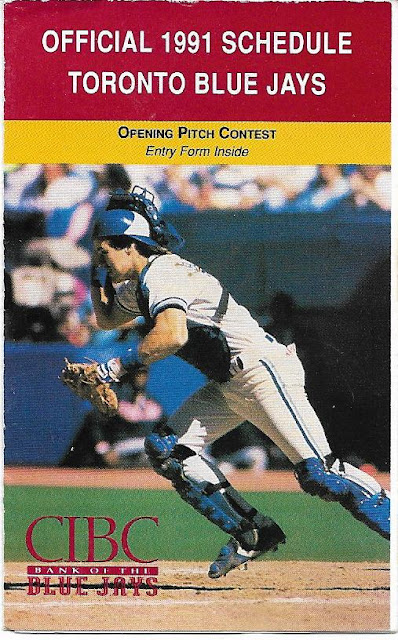 Where Greg finds some of this stuff just amazes me.  This Jays schedule from 1991 was an instant hit for me.  I know I have the '92 schedule he sent me quite a while back somewhere in my collection, so this will complement that nicely.  Do they even make pocket schedules like this anymore?

Greg, what a great envelope, thank you very much!  Everything inside is greatly appreciated.

Thanks for reading, Robert
Posted by Robert at 10:24 PM