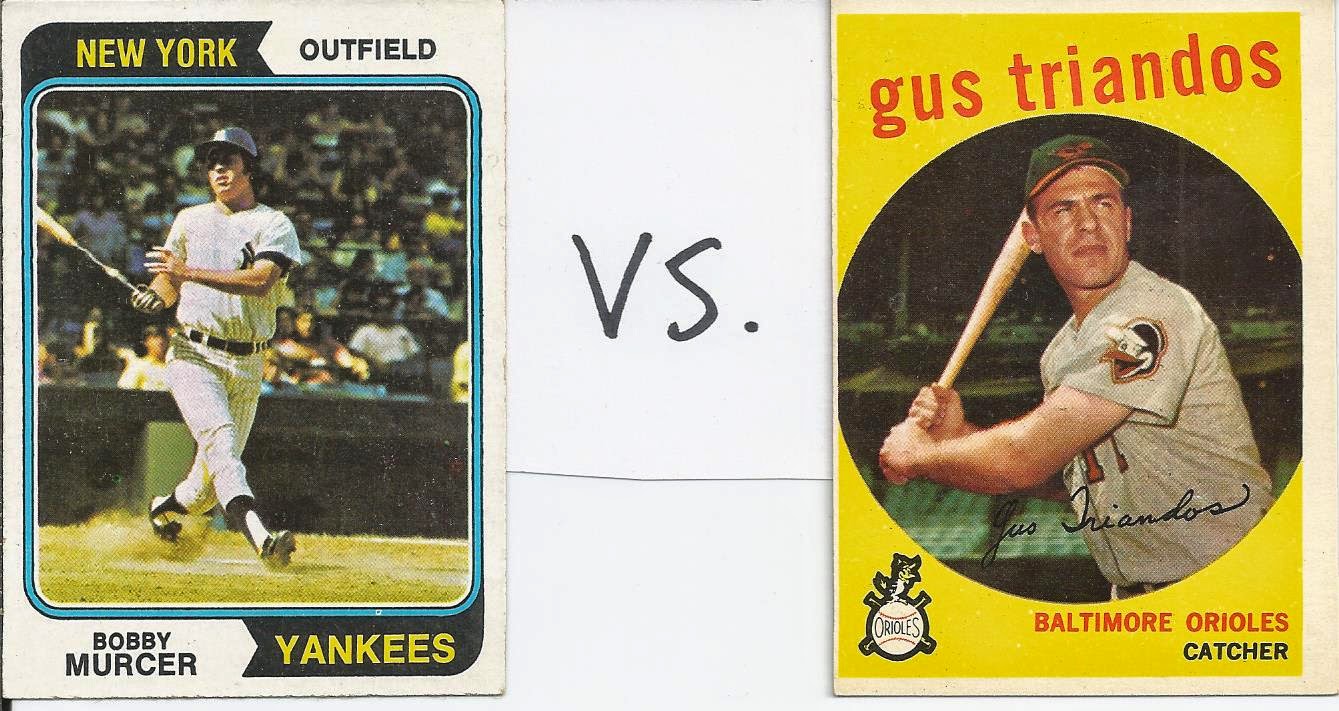 If you had asked me at the beginning of the tournament about the chances of these two sets making it to the final, I probably would have said that '59 has a good shot of making it, but '74 probably wouldn't be able to weed its way through the great sets of the '60s.

This is the first time that I've shown the backs of both sets (which may have been a mistake on my part).  Both sets have great looking backs, with bios and cartoons to read and have fun with when I post the cards on the blog.

In the past rounds, I've had 2 or 3 sections of additional information on each set.  For the finals, I'm just going to answer one question:

All along, this tournament has been about what set I would build next.  The cheapo in me would prefer 1974 because of the lower price tag, along with the fact that I own 40% of the set already.  I'm sure that player recognition would also help, as I know a lot more of the players from this set as compared to 1959.

Yes, putting the 1959 set together would be an uphill climb for me, as I only own 10 cards out of the 572 card set.  This set has one large advantage over 1974 in my opinion, it's beauty.   Yeah, you heard me say it, the 1959 Topps set is a beautiful looking set.  It's colorful, the backs are great, and even though it's going to cost me a pretty penny to build, the '59 set would probably teach me a lot about the history of the game.

There you have it friends.   Now it's time for you to decide what set I'm going to build next.  Spread the word if you can, I'm hoping for lots of votes in the final.

Thank you for reading, Robert
Posted by Robert at 10:00 AM