After some comments from last night's post, I decided to try another post in preparation for the '59 set build.

This time, I decided to grab a rookie cup card from the '62 Topps set to feature. 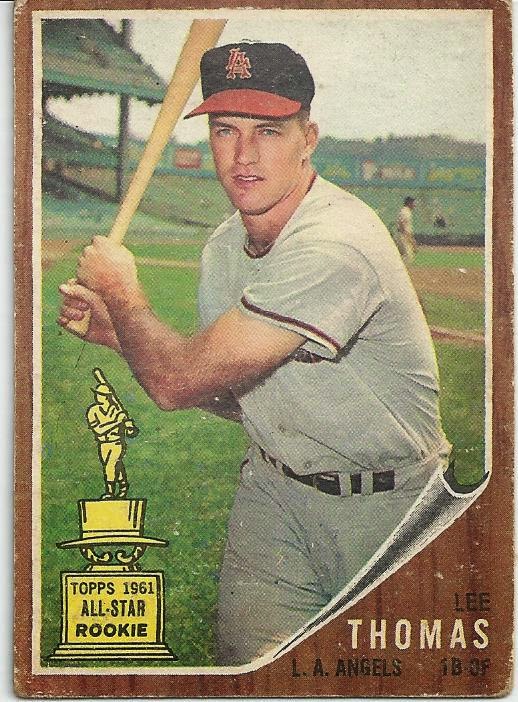 Signed as a free agent by the New York Yankees in 1954, the Angels acquired Thomas in a five player trade on 5/8/61 (according to baseball reference).  The back of Thomas' card states that the trade was a 6 player trade.


Military service:  None that I could find. 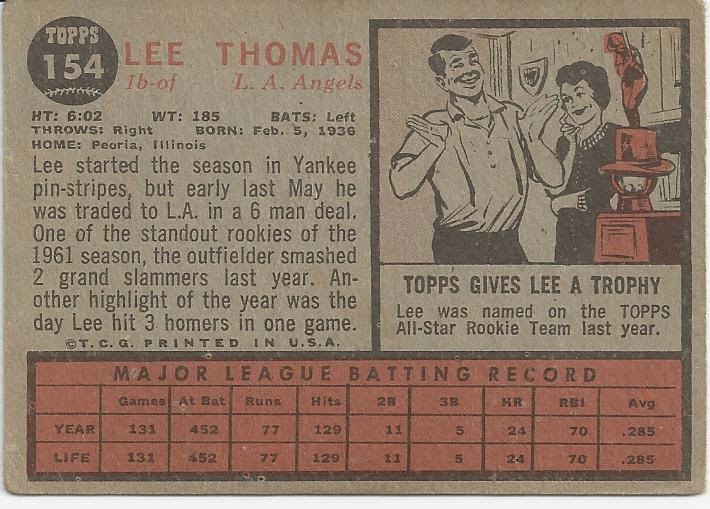 Lee had the nickname "Mad Dog", because of his temper.  He was the GM of the Phillies during their '93 World Series loss to the Blue Jays (yes, I had to get that in), but this story that I found shows that he could foresee the future.  During game 6 of the Series, the Phillies were up 6-5, and Lee Thomas turned to his wife and told her he wanted to leave.   She was confused as to why.  Lee knew what was coming, and couldn't bear to watch as Joe Carter hit a 3 run HR to win the series.

To be honest, I had no idea who Lee Thomas was before today.   A little bit of research, and a baseball card, and I learned quite a bit.