[Another shout out for the what's next? tournament final.  1959 has a slim 11-10 lead right now, so every vote counts!  If you haven't voted yet, head here and make your voice heard.]

On the desk, off to the left hand side, is a long neglected pile of "hits'.  Cards I've received from other bloggers, cards I picked up at the National, etc.  Instead of showing some of those, I decided to add to the pile and take the time to show off some of the cards that I received quite a while back from the uber generous Wes from the Jaybarkerfan's Junk blog.

Anyone ever notice that the envelopes that Wes sends have anything but junk?  The one I received was overflowing with hits and serial numbered parallels.

It was really hard to take... 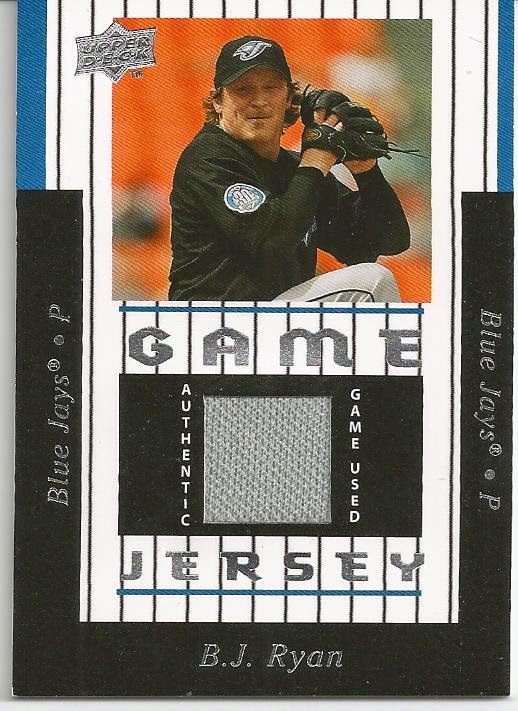 This 2008 Upper Deck Jersey actually had stats on the back, although the 2007 stats that B.J. Ryan incurred weren't too flattering.  Still, the jersey piece was a solid gray, which for me is still better than white.  I'd love to see card companies match the jersey in the photo with the color swatch that they use.  I guess that would be asking too much.... 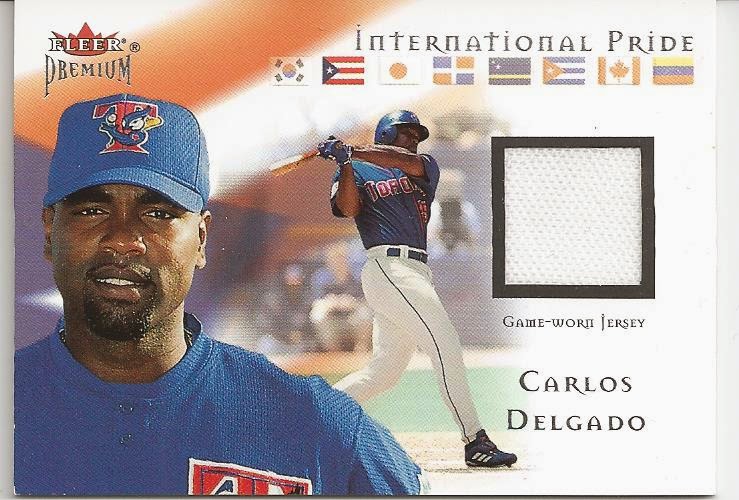 I panned Fleer the other night about their choice of sets to honor in their Fleer Premium brand.  I'll make up for that a bit here.   I like the International Pride jersey subset that they employed back in 2002.  I have a soft spot for cards that feature flags, however the only thing that I might have changed here is to use the Puerto Rico flag as the entire background for the card.  Still a good effort from Fleer on this card. 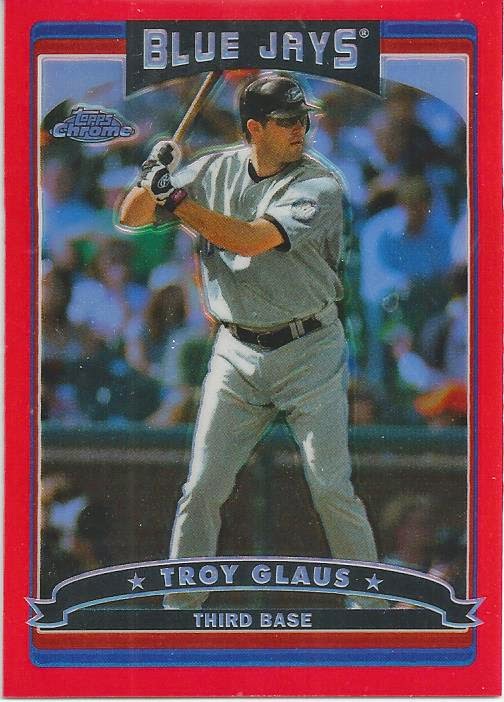 2006 Topps Chrome red border Troy Glaus, serial #'d 49/90.  Fantastic.   The red border really makes the card stand out.  I really don't have a whole lot of Chrome cards from that year (the decade of 00's is pretty slim in my collection), and seeing this makes me want to start chasing the red parallels from '06. 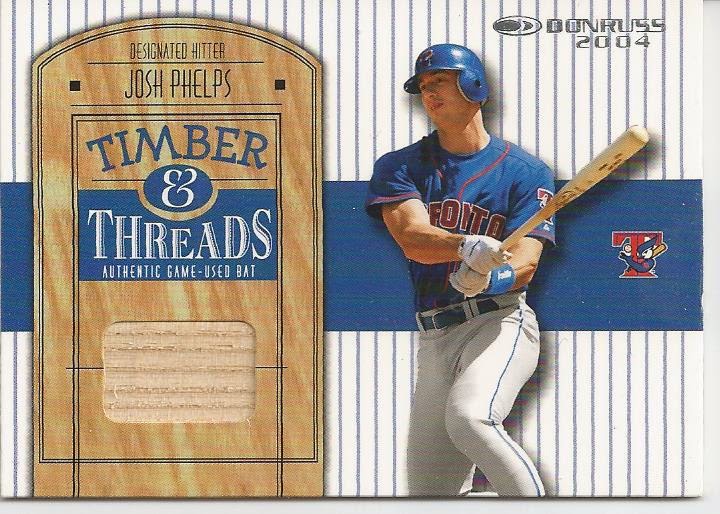 Josh Phelps is a guy I see a lot in card packages.  Check out the arms he has on this photo.  A lot of talent at the plate makes me wonder why his career didn't last a long time.  My best guess is that he just didn't have a position to play in the field.  Josh spent most of his time in Toronto as a DH, and when he was signed by a NL club, he really didn't end up in the field a lot. 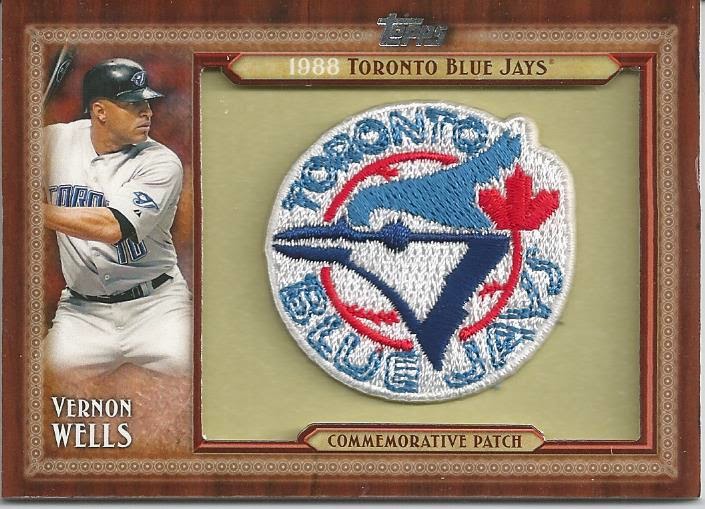 Now that patch is old school Blue Jays!  It may say 1988 Toronto Blue Jays at the top of the card, but that logo takes any Jays fan right back to day 1 in 1977.  Get me a photo of John Mayberry or Bob Bailor back in the early 80's, and this card would have been perfect.   Even still, anything with VW as a Jay is still a cool card.

Wes, thank you so much for that envelope!!  Fantastic stuff, and truly appreciated...

thanks for reading, Robert
Posted by Robert at 9:37 AM