By the page: Juan Guzman

There's a few stories over the history of the Jays franchise of players that come out of nowhere and make a big splash in their first season.  Juan Guzman was one of those stories.  Juan was acquired from the Dodgers in 1987 in a trade for Mike Sharperson, and 4 seasons later earned the runner up for Rookie of the Year (Chuck Knoblauch earned 26 of 28 1st place votes).

His claim to fame in Toronto was the strikeout; he finished in the top 10 in SO/9 innings five times as a Blue Jay.

I always loved the SP releases from Upper Deck in the early to mid 90's. Don't ask me why, I just did.

The only horizontal card on this page is dead center, from the '94 Score Select set.  At least they used two different photos on the front, not like other sets later on in the decade that had the same photo twice on the card.

I've always enjoyed any card depicting a player signing for the fans.  The Collectors Choice SE card is a fine example.  The '96 SP on the right with the woodgrain border is probably my least favorite of the SP releases. 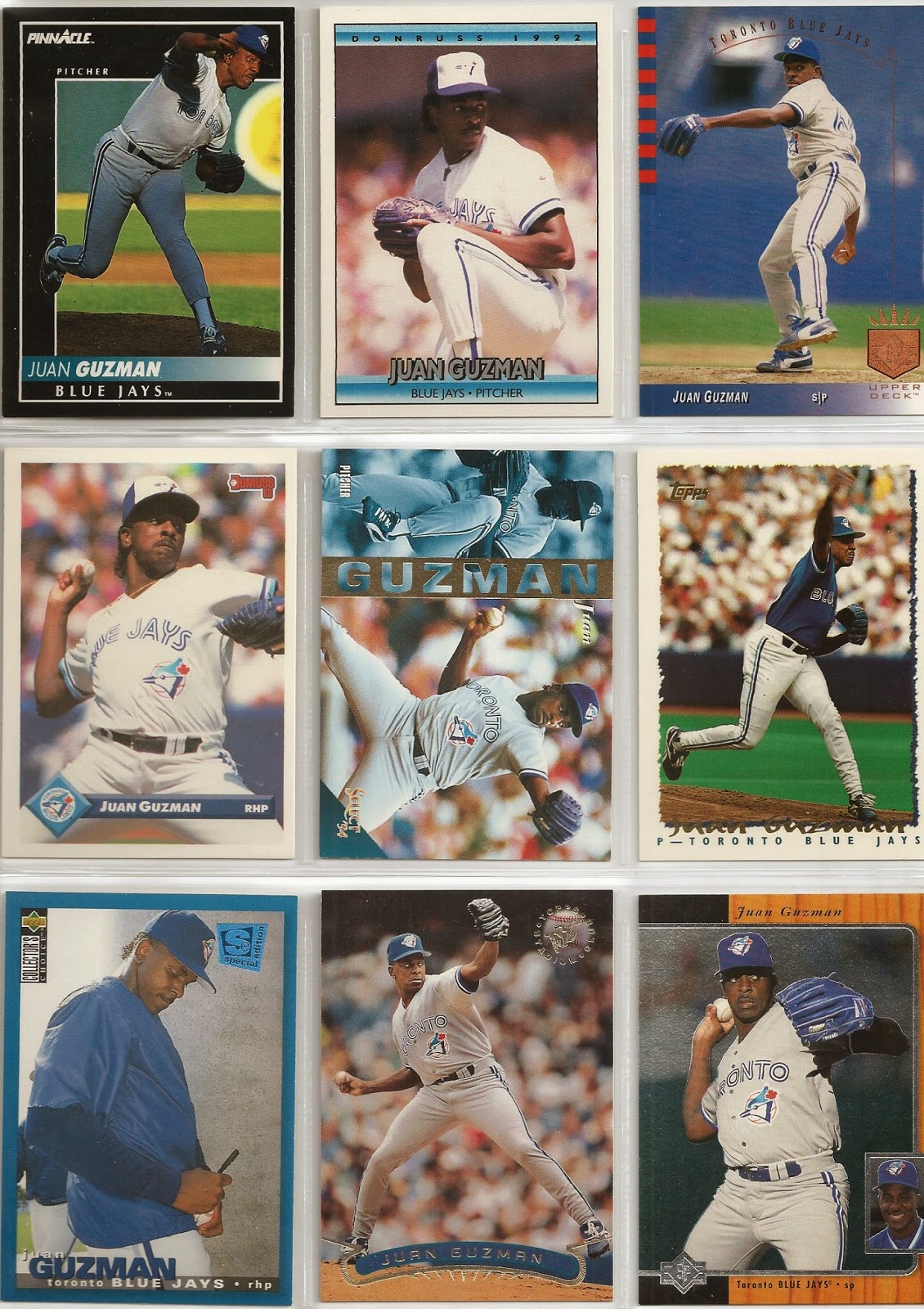 One knock on Guzman during his time as a Jay was his lack of durability.  He only had one season of his 8 in Toronto where he had over 30 starts.  His performance during the postseason made up for it.  His 8 starts led to a 5-1 record with a 2.44 ERA, and two rings.

thanks for reading, Robert
Posted by Robert at 2:00 PM

Email ThisBlogThis!Share to TwitterShare to FacebookShare to Pinterest
Labels: Blue Jays, by the page, Year 4-Week 7