By the page: 2003 Donruss Champions

Before somebody sent me a bunch of these a while back, I will admit that I'd never seen (or heard of) them before.  2003 Donruss Champions was a 309 card set that featured a few decent RCs (Victorino, Weeks, Matsui) and some old timers (Brett, Yount, Whitey Ford).

A couple of the cards listed as part of the Jays team set featured players in other team's uniforms.

Top row:  2 rookies and a prospect

At least Josh Towers' card featured him in a uniform with a bird on it.  Orlando Hudson (O-Dog) was a favorite of mine while he was with the Jays, largely because of how well he played defensively.  Kevin Cash was in Toronto for just 3 seasons, and spent most of his 8 year career as a back up catcher, hitting above the Mendoza line only twice.

With all the great hitters that the Jays have had over their existence, Stewart's 202 hits in 2001 represents only one of 5 times that a Blue Jays player has amassed 200+ hits in a season.  Vernon Wells on the right holds the Jays record for hits in a season (215).   Delgado holds many other Blue Jay records, and I'd really like to see his #25 be the 2nd number retired by the Jays. 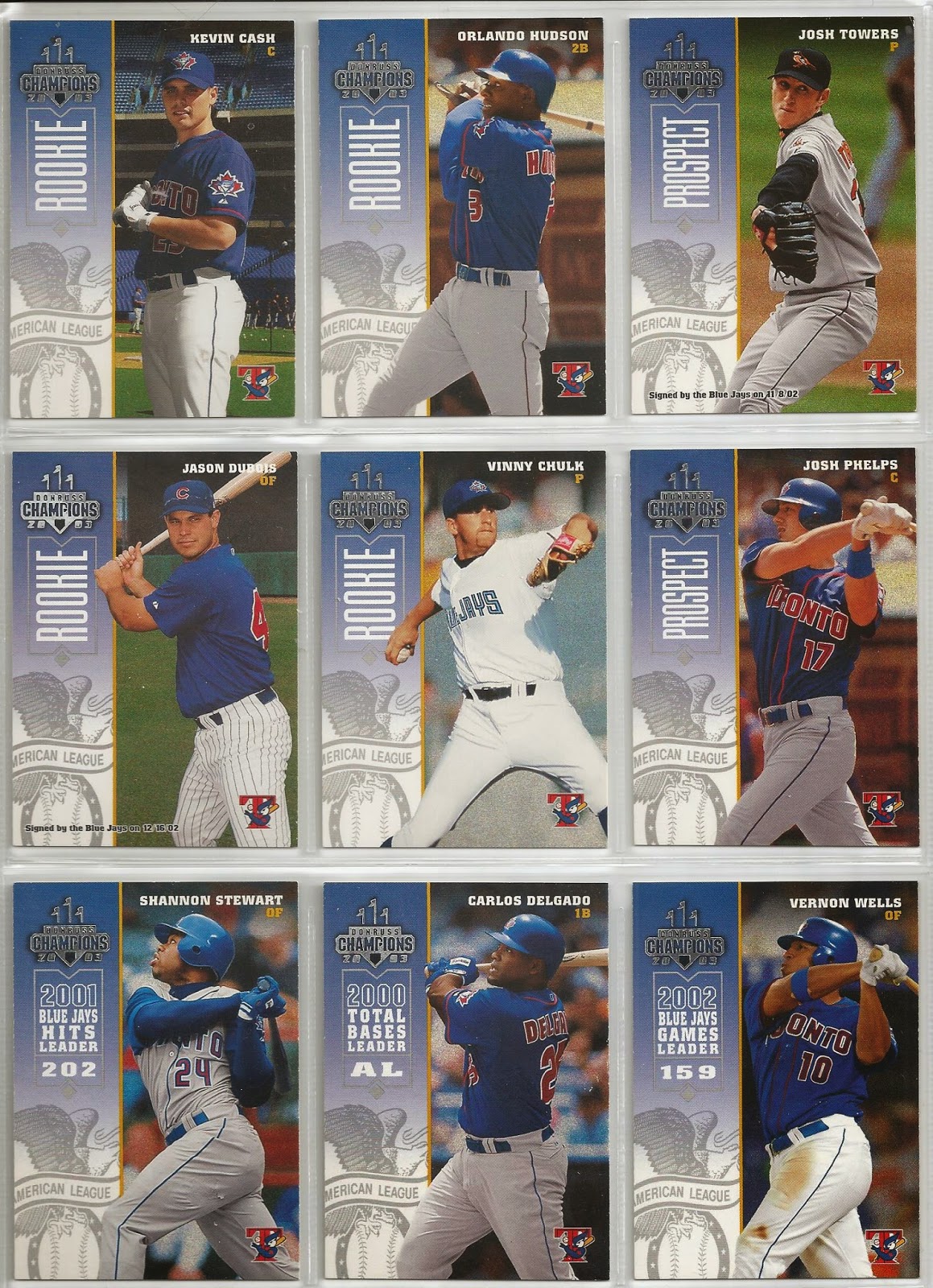 I doubt I would have ever collected this set back in the day, the design is kind of bland and the American League logo is probably unnecessary.

These 9 more cards bring the total out of the box to 139.   Progress, slowly but surely.

thanks for reading, Robert
Posted by Robert at 4:00 AM