1983 Fleer for me epitomizes the phrase "less is more".  Simple design on the front, no frills.   The back has complete career stats, a bio and a "Did you know" section with tidbits on each player's career.

Did you know?  Neither Iorg or Mulliniks started their careers as 3rd basemen.  Iorg was a 2nd baseman, Mulliniks was drafted as a shortstop.
Did you know?  Willie Upshaw was a cousin of NFL players Marvin and Gene Upshaw. 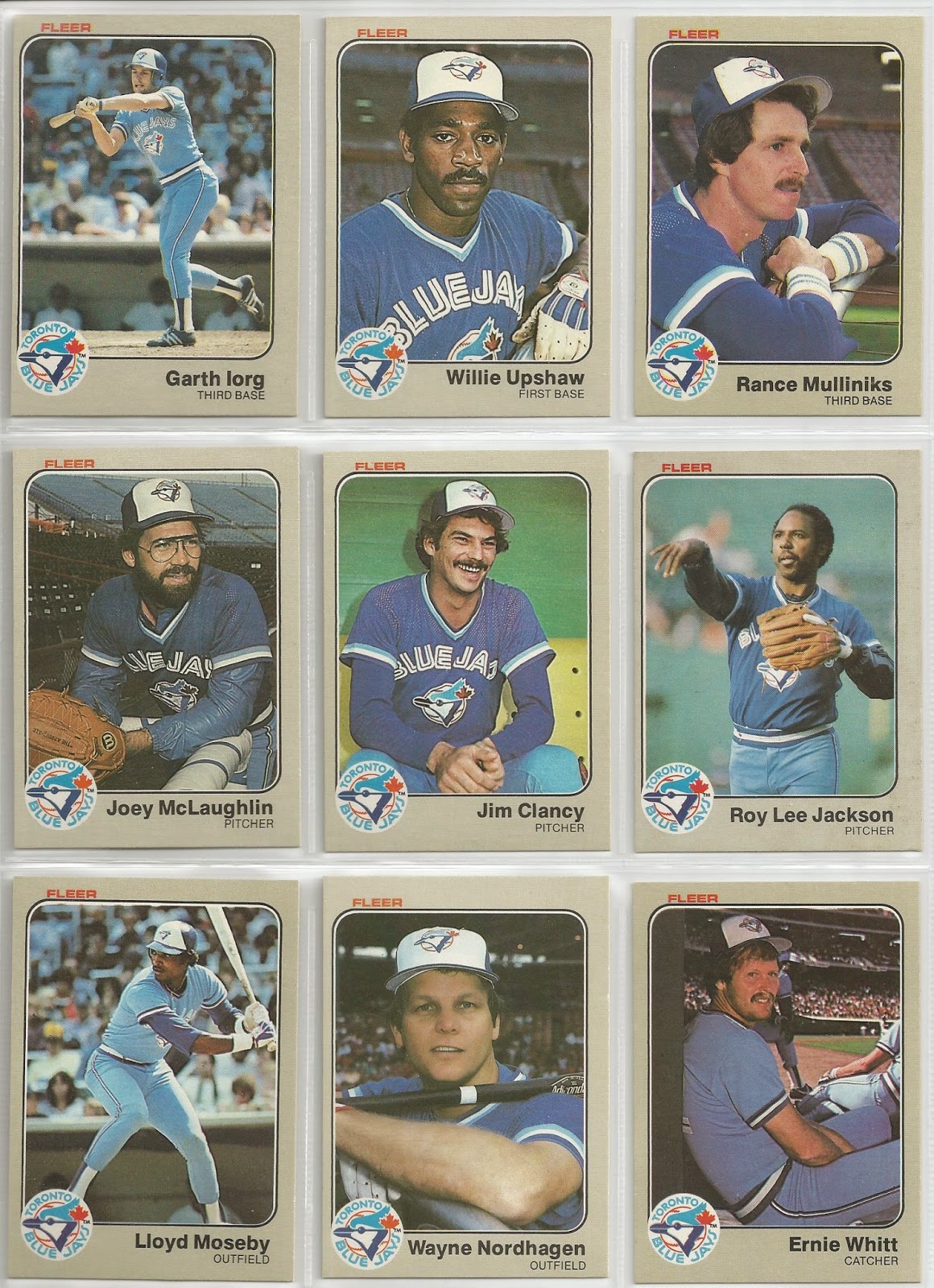 Did you know that I had to rescan the full page a 2nd time because I accidentally transposed the McLaughlin and Jackson cards?

Of course not, but you would have caught it if I hadn't...

193 cards out of the box.  Progress is being made, slowly but surely.

thanks for reading (if you still are), Robert
Posted by Robert at 6:00 PM