I have become an Allen & Ginter fan over the past 18 months.   Sure, I've collected it off and on since I started blogging, but I'm more in tune with it now, especially the original sets from 2006-2007.  I've kind of dedicated myself to building the set as it comes out each year now.

I looked at boxes over the summer, hemmed and hawed over the price and thought to myself that I really didn't want to spend that kind of money on a box when I could be buying singles for the infinite number of sets I'm still working on.

The 2021 A&G set kind of floated off into the distance for a few months, never to be thought of again.  Then, as the trades picked up on TCDB for me at the end of December/beginning of January, a lot of cards from other A&G want lists started coming in.  That's when I decided I'm not buying it, I'm going to try and trade for the base set.   I hit the button to add all the cards for the 2021 set to my want list, and already I'm closing in on 10% complete in just over 2 weeks' time. 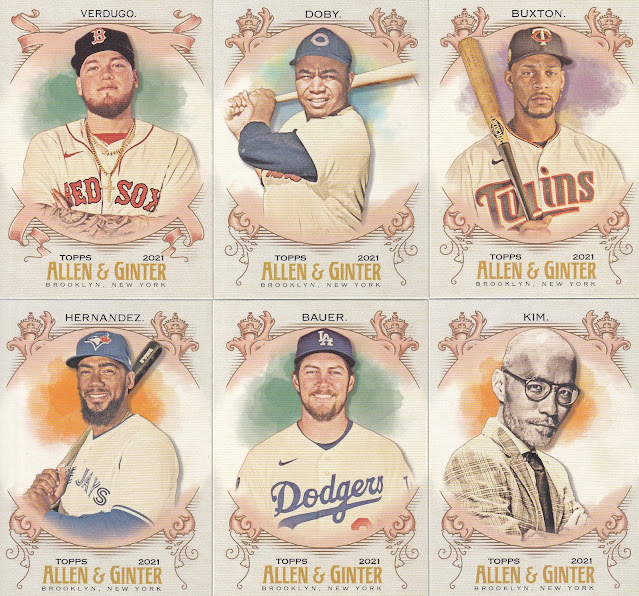 I do like how the set looks so far and I'm looking forward to learning about new people which I always do when I get these cards in.   Daniel Kim, for example, is an analyst for the KBO (Korean Baseball Organization) and helped analyze games while they were on ESPN during the pandemic.  It would be interesting to see if winter baseball in the Caribbean would get more play on American TV sometime in the future. 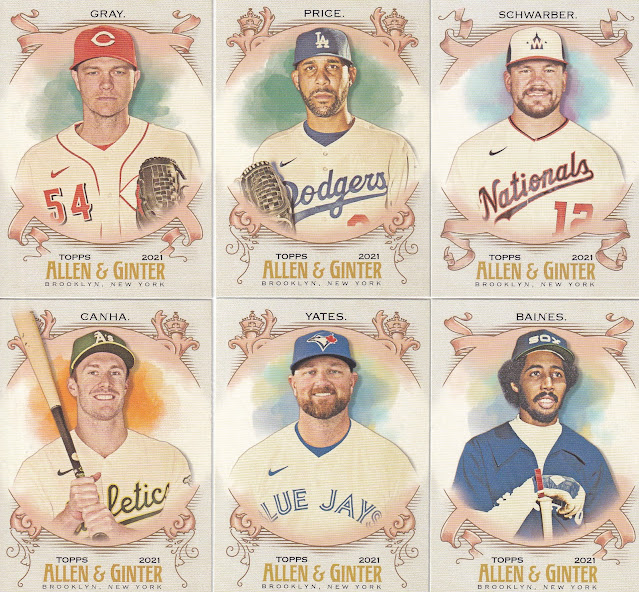 Some of the guys just do not look happy in their pictures, Sonny Gray and David Price may have forgotten how much money they make.  I do like the alternate Washington Nationals cap that Schwarber is wearing.

I've even had SPs already offered and sent my way; the Yates and Baines cards on the bottom were a couple of the handful I've received in the first couple of trades.  Baines' late 70's/early80's White Sox uniform is a classic look that I like.

I have a few thousand cards on the site up for trade...

Having fun with the hobby!