Not only did I find a boat load of cards in the nickel boxes, but when I hit the vintage box down at the other end of the same dealer's table, I found quite a few cards worth grabbing. 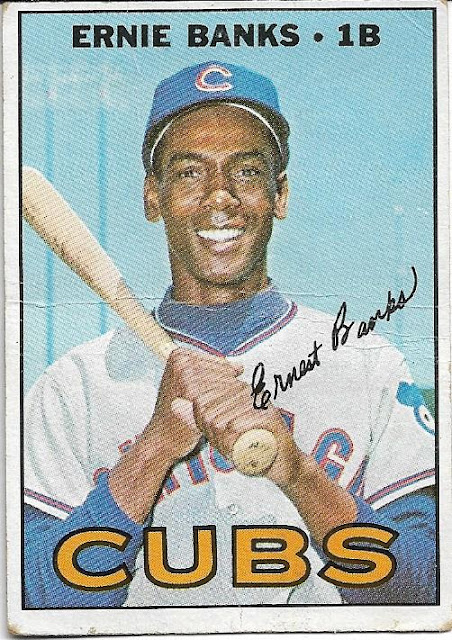 I showed this card off on Twitter back on the day I bought it.  Can't get much better than a well loved '67 T Ernie Banks card for a buck.  Soft corners, one crease right through Ernie's neck, another one just below his signature.  No matter, I love the card. 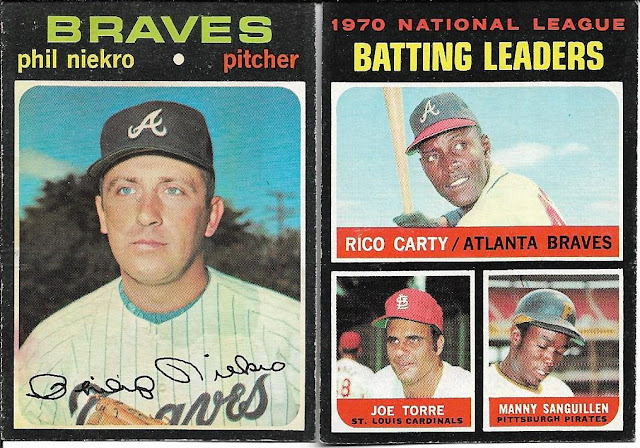 These were also $1 apiece, both in pretty good shape considering their age. 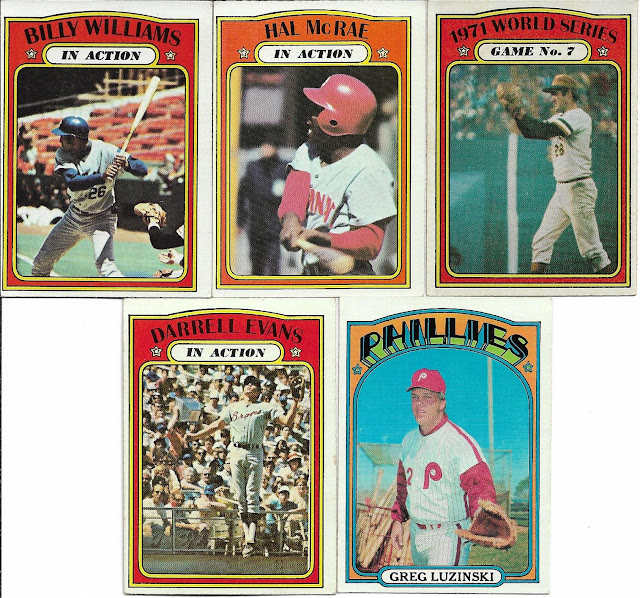 The Luzinski and WS Game 7 cards were both a dollar apiece, but the other '72s were 5/$1.  I'm barely over 10% of the '72 set in hand, but picking up a few cards here and there lately has been fun.  I have some more coming in a trade I just completed on the TCDB website, so the crawl to 100 cards for this set continues. 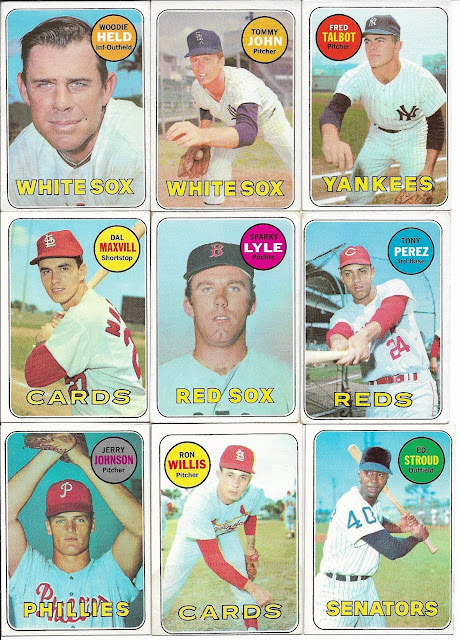 The Tommy John and Tony Perez cards were $1 apiece, not bad.  All the others were in the 5/$1 box, which provided no complaints from me.  With this small haul, the '69 set is a little more than 20% complete. 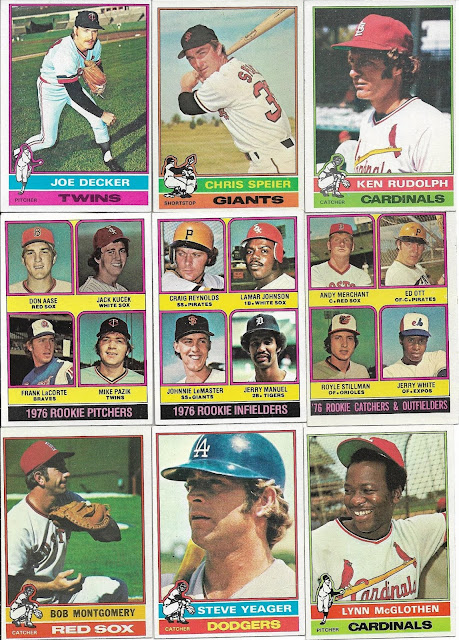 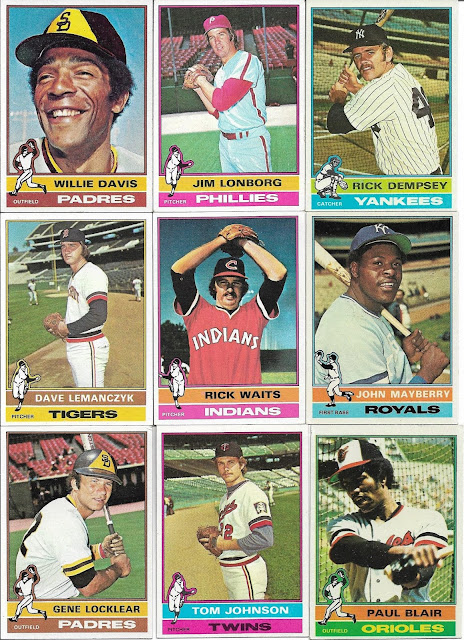 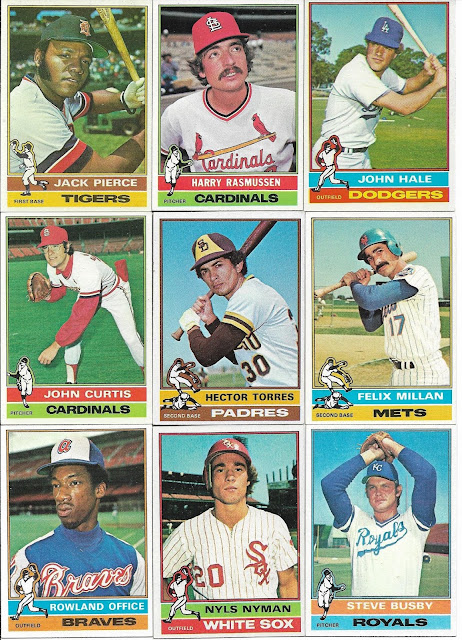 Lastly, I was able to knock out 40 cards from the '76 Topps want list, including the 27 you see in the scans above.  Three of the players in those scans would end up as Blue Jays within the next couple of seasons, 2 of them as part of the original Blue Jays team in 1977.

I'm down to 140 cards left to complete the '76 set, with Dennis Eckersley being the rookie card that will cost me the most.   There are quite a few star cards to pick up as well, including a few All Time Great cards such as Babe Ruth and Ty Cobb that will cost a few dollars.

When said and done, it was a pretty good haul for me, at just $35 total.  For me, the best part was putting some good dents into the 76 Topps baseball and 83-84 OPC hockey want lists.  I hope to get as lucky again at next months show.

I'm sure you knew John Mayberry was a Blue Jay (I'd mentioned him in a post last week), but give yourself a gold star if you were able to name Dave Lemanczyk and Hector Torres as the 2 players that were part of the original '77 Jays squad.  Lemanczyk was one of two double digit win pitchers for the Jays (13), while Torres played just 91 games for the Jays, hitting .241

Thanks for reading, Robert
Posted by Robert at 8:46 PM