Thirty eight to get me to eight

It's to the point now where I can smell it.   The end of the line for the '64 set is close.  I up and bought another 7 cards this week for the set off of eBay, and they arrived promptly at my doorstep in 3 days.  I can honestly say that the last few purchases I've made I've been really lucky.  The sellers have all been high quality that have been doing this a long time.

The 7 cards below from the baseball exchange are the latest examples: 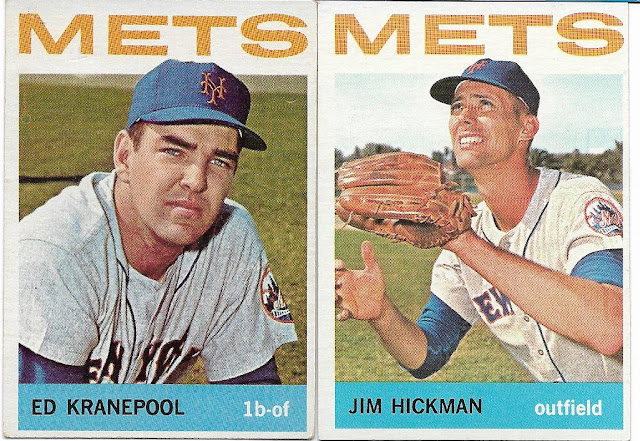 More high numbers, picking up a couple of Mets for peanuts was an easy choice.   The cards are in great shape, and the backs are clean and not scratched. 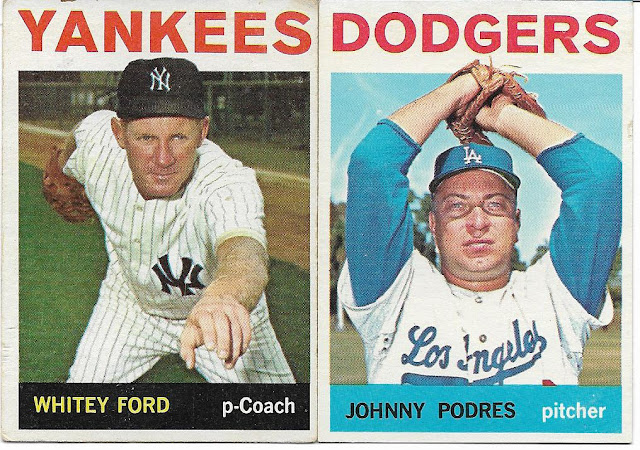 $6 for Whitey and $5 for Johnny Podres were a couple more easy decisions.  Again, same as the Mets, great shape, clean scratch free backs.  I had seen several copies of Whitey in the $20-$30 range.  $6 is a lot easier... 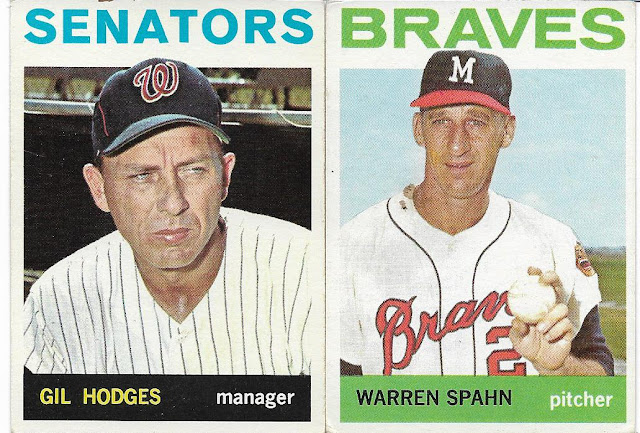 Now the Hodges and Spahn cards were a pair that had frustrated me for a while.   Cheap copies were usually beat up pretty bad, and halfway decent copies were expensive.  Finding Hodges for $6 and Spahn for $8 (the most expensive card of this purchase) was somewhat of a miracle for me. 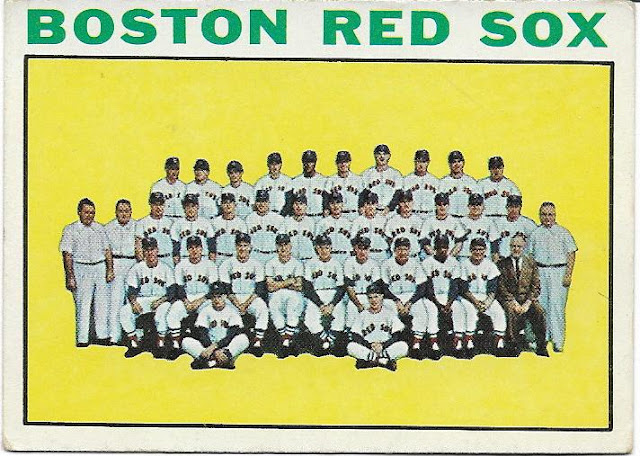 Finally, the team cards that I've needed in the high numbers (Red Sox and Dodgers) have been priced incredibly high.  I can never fathom paying $20+ for these cards, I just don't see the reason why they are so much.  So when I saw this for $6, bingo.

The 7 cards you see cost me $38, and yes that is a little more than a weeks worth of my budget.  But, I treated these as my birthday purchase (which fell yesterday) and to get the want list down to single digits (finally), I was more than glad to pony up the extra few bucks.

Hey, even my wife agreed that these were worth the money I spent!!  When that happens, I know I'm doing something right.

Thanks for reading, Robert
Posted by Robert at 6:41 PM