I'm back after taking a couple of weeks off, well for a lot of different reasons.  Work's been crazy, still trying to get shit straight with the new house (isn't that always the way?) and the general lack of time needed to think about and write posts.  I've got a few posts lined up for this week, and I'm making a few minor changes to the look of the blog.  Nothing serious, just tidying things up a bit and adding some want lists.

Meanwhile, it's back to getting some more pages for the Serial Numbered Insanity set out there on a Serial Saturday.   Take a look at pages 18 & 19. 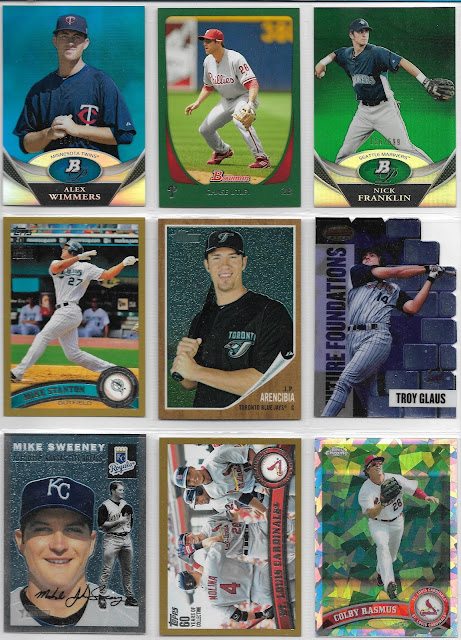 The theme of that page?  4 teams hitting their 6th card, unintentionally of course.   A little old school as well, Giancarlo Stanton featured in a card back when he was known as Mike.

Let's move on to page #19 and see what that holds. 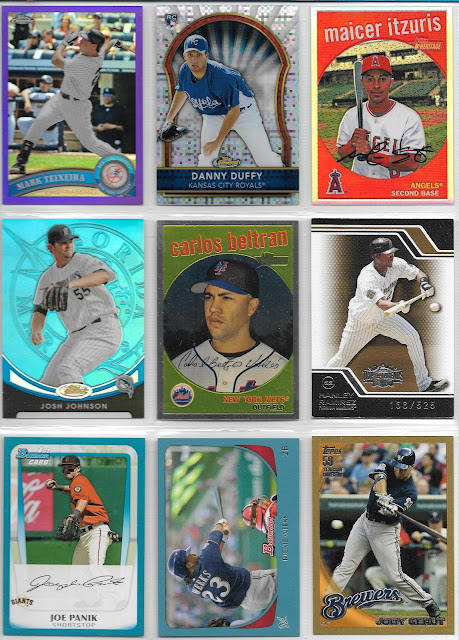 Kind of a similar pattern with this page, as 4 teams hit the 4 card mark.  Lots of cards from Ted at the Crinkly Wrappers blog; he wound up contributing 90 of these to the project (thank you Ted!).  The Beltran Mets card?  That was 4 teams ago...

Page 20 up next, still a long way to go until we get to the finish line.