Going through the early part of the SNI set I've noticed that there are many different sets that appear.  This makes sense because there are a lot of releases from both the Topps and Bowman sets over the years that have print runs of 500 or less.  This leads to a lot of different colors other than the standard gold you'll see as the numbers climb above 1000 later on.

There's also X-fractors, low numbered rookies that nobody has ever heard of, and so on.  If that kind of variety doesn't help, the fact that I've obtained these cards from several different sources such as purchases or trades with fellow collectors should be spicy enough for you.

Enjoy the wondrous variety of colors and sets as page 13 of the SNI set is here for your viewing pleasure. 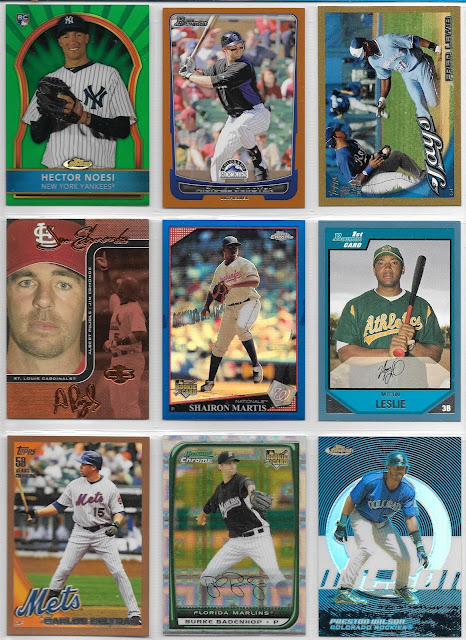 Not enough variety?  How about some of the names, Burke Badenhop being the best of the bunch.  Preston Wilson doing a good job on some of the Miami Marlins telecasts here in South Florida. A copper parallel from 2010 Topps?  You don't see them using copper on their parallels anymore.

Not enough still?  OK, I'll throw in card #4 for the hockey version just to add a little more to this post. 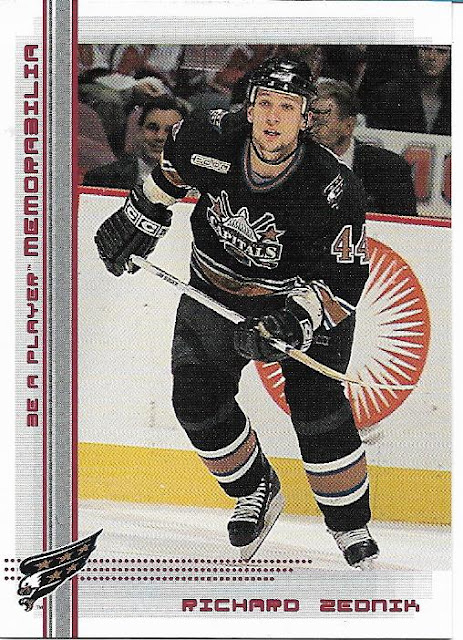 Did you know that there have been 56 players with a last name that starts with the letter Z to play in the NHL?  More than I would have imagined.  Zednik had a 13 year NHL career, scoring a total of 200 goals with 4 different clubs.  I pulled this card out of a pack back when the 00-01 BAP Memorabilia set came out. 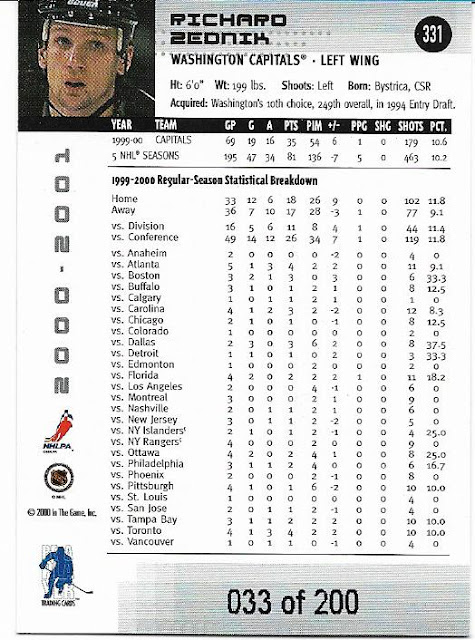 Enjoy the rest of your labor (or labour for my fellow bloggers north of the 49th parallel) day!!

Thanks for reading, Robert
Posted by Robert at 9:55 AM