Since dipping my toe into the COMC waters a few months ago, I've pretty much used the site as a way to find cards for my player collections and more modern set building endeavors.

After not spending a cent on cards for several weeks while I was moving, I decided to throw a few dollars into the COMC account and see what happened.

For some reason, I decided to try and find some reasonably priced vintage to knock down some long neglected want lists.  I don't think I fared too badly with this order. 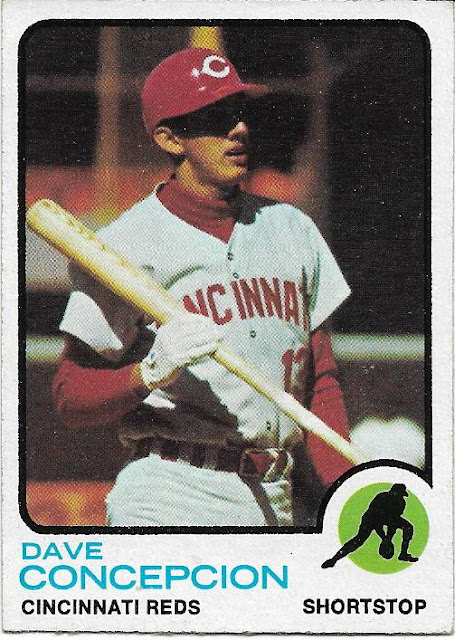 Picking up this Dave Concepcion brings the 1973 set build want list down to just 5 cards, one of those being the very high priced Ron Cey RC.  The red on Dave's helmet and sleeves really stands out when holding the card in hand.  I didn't think the $3.75 price tag on this card was that bad. 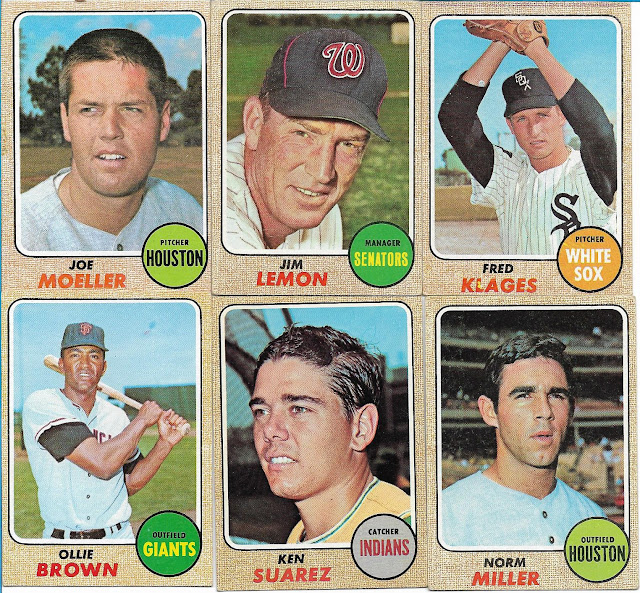 These 6 cards combined were cheaper than the Concepcion card.  I didn't pay more than 44 cents for any of these cards, and I now have 1/3 of the '68 set in hand.  Not bad for a set that really is an afterthought when I'm at shows or browsing online. 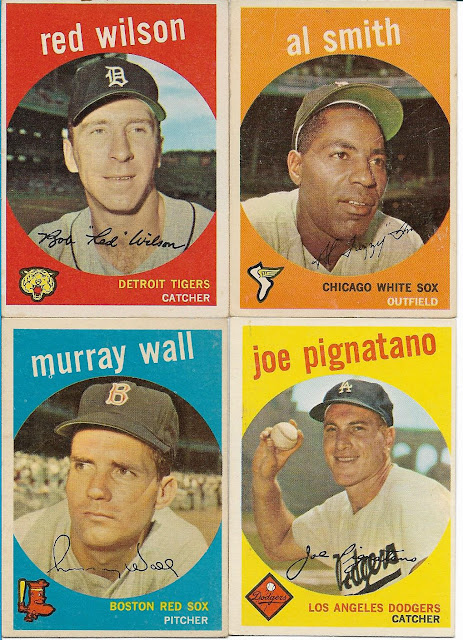 For just under $4 combined, these 4 '59 commons arrived as part of the order.  These were priced much the same as I've been paying at shows for commons, so I wasn't too upset at all.  The '59 set is coming along nicely, with these 4 cards raising the completion rate to just over 54%.  Still a long way to go and a lot of big names to pick up, but it's getting there.

Finally, the nearly completed '64 Topps set gets a little love with these 3 cards making their way here.  A little more pricey than the others, these 3 set me back just over $12 total.  Not picking any of these up over the past 2-3 months have made me fall behind in my "one per week" pace.   With about 15 weeks left in 2016, my '64 want list is down to 20 cards.  I still have to find reasonably priced copies of the AL Bombers and Tops in NL cards along with some other big names such as Whitey Ford and Orlando Cepeda.

Now that I have my first vintage purchase from COMC under my belt, I'm happy enough with it that I'll definitely try again in the future.

Tomorrow I'll show off A&G inserts and some hockey for a little variety.

Thanks for reading, Robert
Posted by Robert at 8:29 PM