My scanning arm is tired

I don't know if I've ever scanned as much for a post as I did with the 2nd half of the great envelope that Gavin from Baseball Card Breakdown sent me.

All kidding aside, Gavin did a great job at knocking a bunch of Blue Jays off the want list. 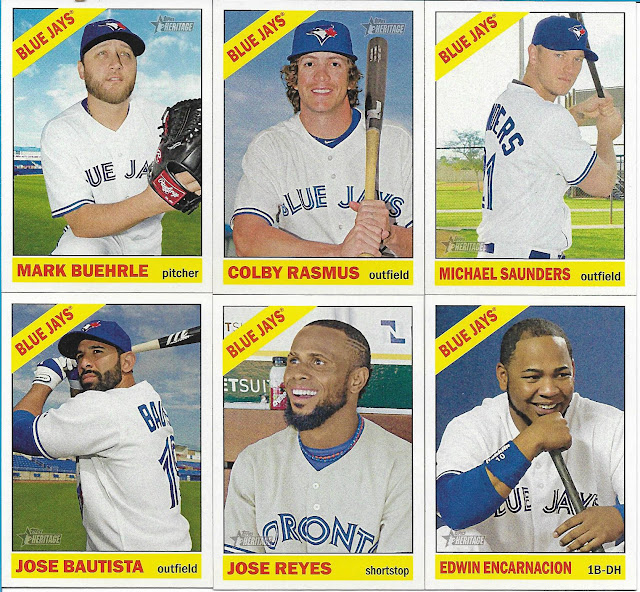 A 6 pack of Heritage, including 3 high numbers!  There was actually 8 cards total in the Heritage portion, leaving me with just a couple more Bautista high number versions to go. 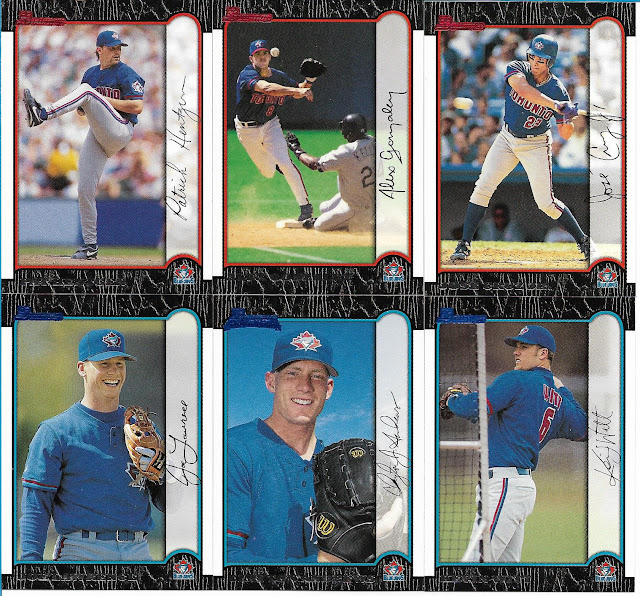 There were 7 '99 Bowman cards in the lot, Vernon Wells didn't make the cut because he appears later on. 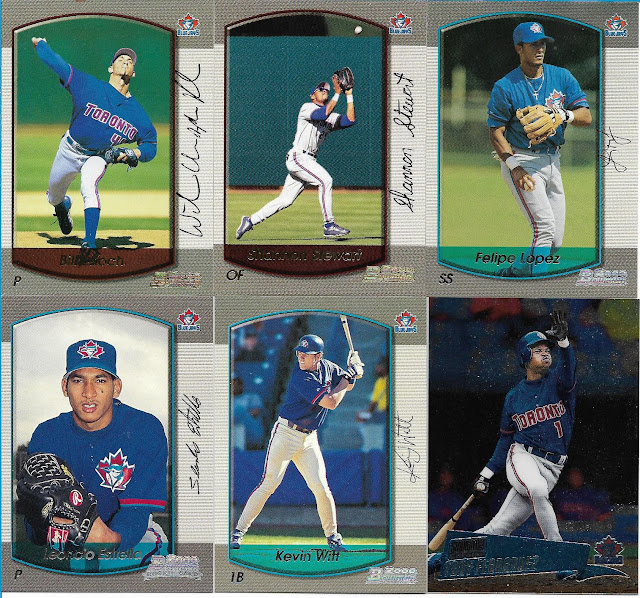 There were just 5 2000 Bowman cards, so I threw in a 2000 Topps Chrome Tony Fernandez to make the scan a little more even.

A couple of '85 Fleer Limited Editions that I thought I already had, but didn't.  The 9 of Spades represented by Tom Candiotti is also new to the collection. 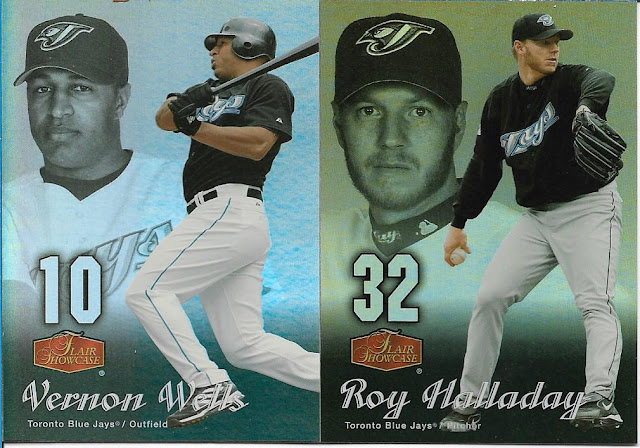 Told you Vernon would show up later, as part of a duo of '06 Fleer Showcase cards.   This is just the start of the Roy Halladay cards. 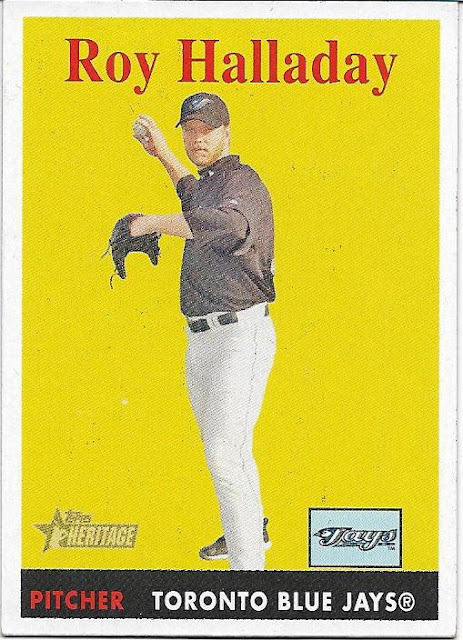 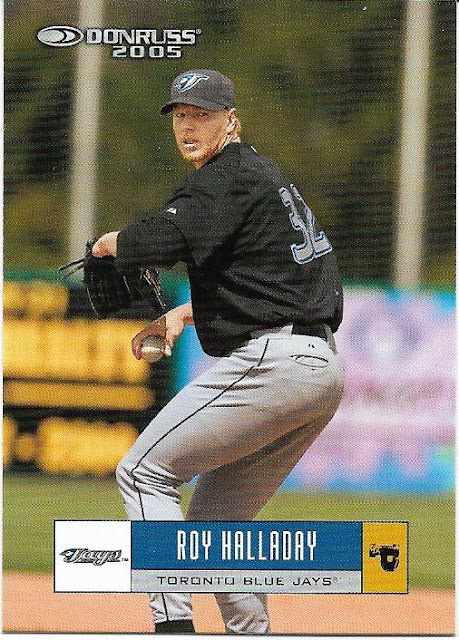 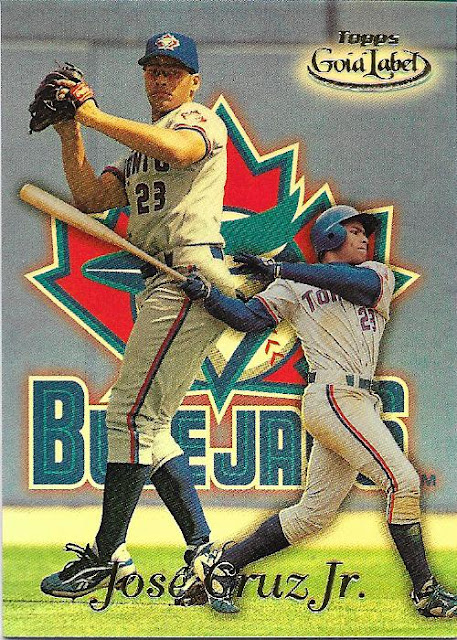 A little Gold Label for you.  Sorry drinkers, no Red or Blue Labels here... 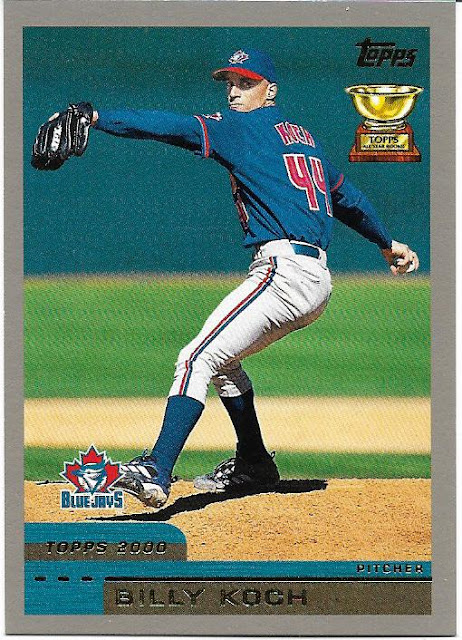 Finish up the base cards with Billy Koch from Topps 2000 (yes, I still need some of these as well).  This segues into... 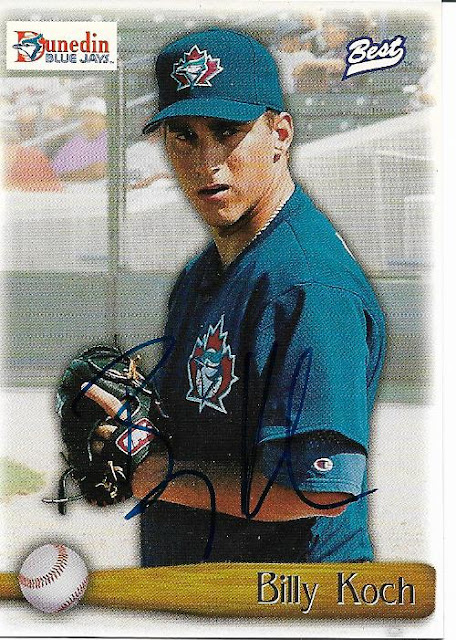 1998 Best Billy Koch autograph!  I believe it's the first minor league auto card of a Blue Jay that I own.  It's already on the Just the Hits--Blue Jays page.

This next one was even better.. 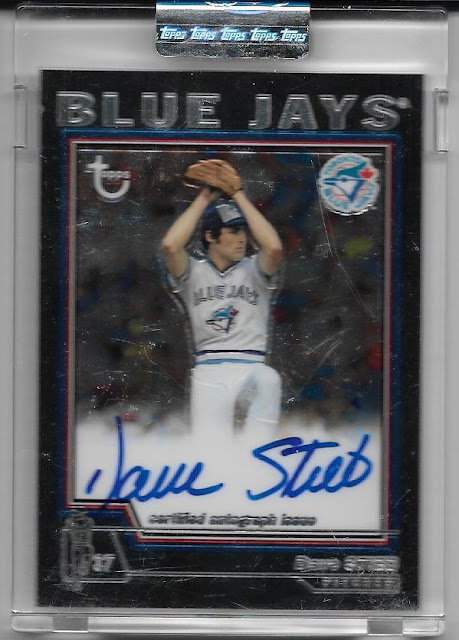 2004 Topps Chrome Dave Stieb autograph!!  My favorite all time Blue Jays pitcher, I now have 2 copies of this card, and wouldn't mind owning more.  Shame on me for not adding the other one I had to the hits page before.

Last but certainly not least, Gavin sent me a couple cards that I really got a kick out of pulling from the envelope.

A couple of his customs. 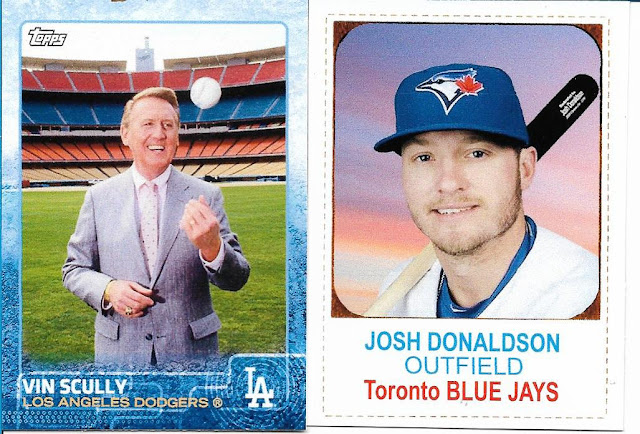 A Vin Scully card!!  Can't beat that no way no how.  I am going to miss hearing his voice once he retires.  A true broadcasting legend, there will never be another like him.  The Josh Donaldson card was actually in the envelope  twice, so I have an extra one for any of my fellow Blue Jays bloggers/collectors if they want.

Gavin, a fantastic envelope, thank you very much!!!  Let's not wait a couple of years before the next trade, shall we?

thanks for reading, Robert
Posted by Robert at 8:41 PM