Yes folks, the Texas Rangers are gone and forgotten from this earth.  I've finally put them out of their misery.

OK, so that was a little over dramatic, but I did just finish a trade with fellow tweeter (twitterer?) Brandon L., the profits of which were 3 more serial numbered cards to come my way. 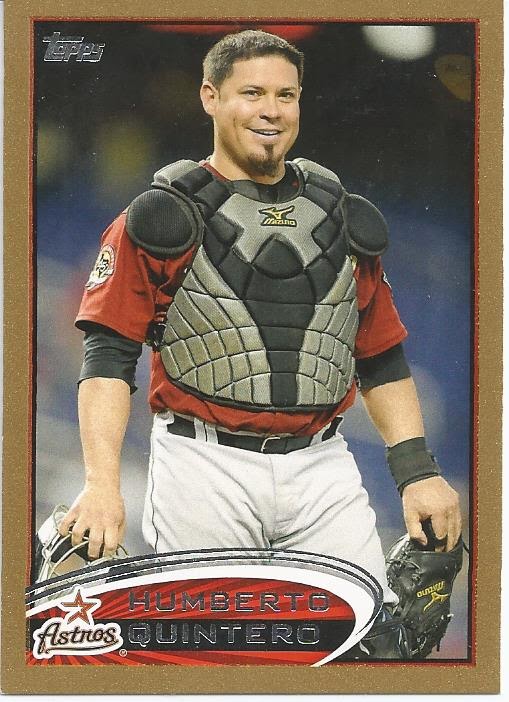 Humberto Quintero knocks another Astro off of the list, and his card is serial numbered 890.  The Astros now stand at 38 cards out of 50. 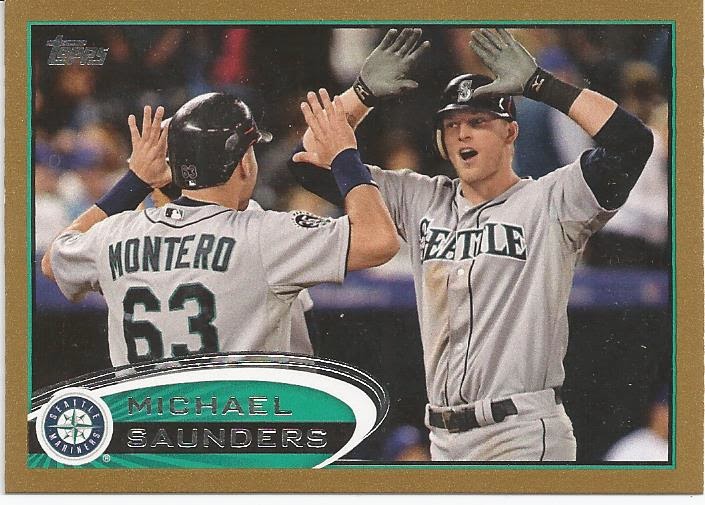 Michael Saunders giving a double high five at the plate is a cool card to add to the SNI project.   His serial number is 1021, and gives the Mariners card #35 out of 50. 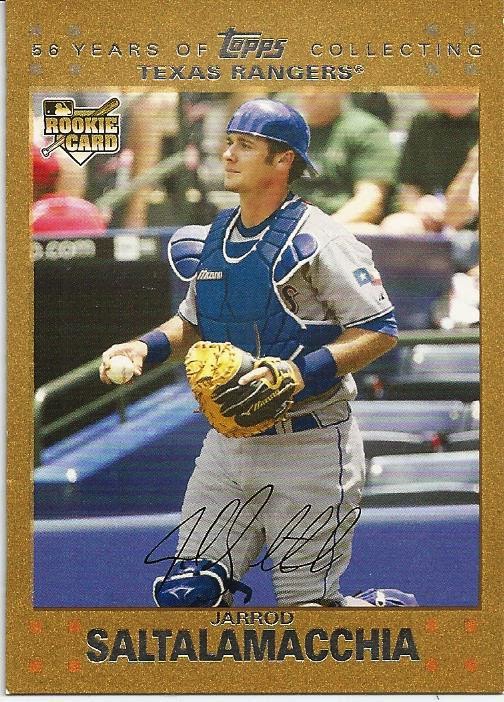 Feel Salty no longer, as Jarrod Saltalamacchia (man that's tough to type) is the 50th and final card for the Texas Rangers in the set.  The Rangers join the Yankees, Mets and Angels as completed teams in the set.    The A's, Jays and Rays are all very close to completion as well.

I actually have had a couple of completed page posts waiting for just such an occasion, so without further adieu, here's 5 more completed pages for your perusal.

6 of the 9 cards on page #21 above are the responsibility of fellow bloggers.   I don't know where this set would be without the generosity and fascination that many have had towards this project.

Page 16 has 7 cards that came in trades from the blogosphere.  The Bill Hall was picked up at the '12 National, while the Eric Hosmer came from the '14 National.   Yes, this set has been going for quite a while now.

Page #20 above is one of the few pages that I can say that I am responsible for the majority of the cards.  5 out of the 9 were purchases/pulls of mine.   Dennis from the Too Many Verlanders blog provided the Hundley and the Wells cards on this page. (thank you again sir!)


Page #74 boasts 6 cards out of 9 from the blogosphere, including heavy hitter Max from the Starting Nine blog, who appears a whopping 73 times in the set.  I said that there were some dedicated people, now didn't I?

Finally, page #27 features just 4 cards out of the 9 from the world outside, including some guys you might have heard of.   Greg, Ted, Max (again) and A.J. all have a hand in the insanity.

No worries, every little trade and contribution pushes me closer to a set that has been fun so far, and will continue to be so until completed.