Building a football collection several sets at a time

Hockey was the same way, all kinds of cards as fast as I could.  Now, even though it's the lowest focused of the 3 sports that I collect currently, still have the goal of finishing 1970-71 OPC through 1989-90.  Only have 4 of those sets finished, again there's no hurry.

Football seems to be headed in the same direction.  I've discovered just how great the football sets are in the same era as the baseball sets.   1968-1986 seems to be the timeline that I'm going to chase.  The early sets are relatively small in size, the 73-79 sets all look good (although I'm not partial to '78, more to come down the road on that set), and the early to mid 80's are solid and fairly inexpensive.

I recently completed a trade on TCDB that netted me a few cards from a couple of late 70's FB sets. 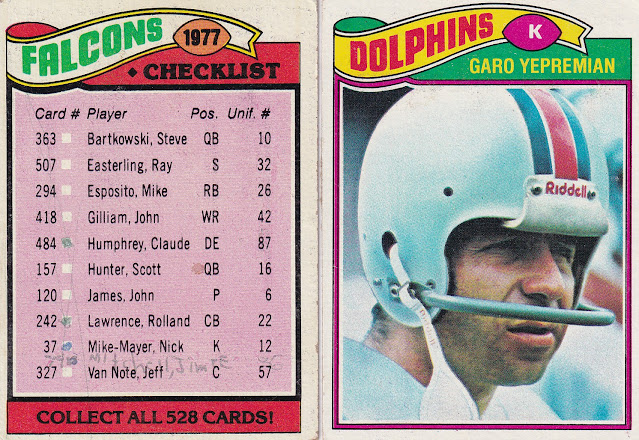 I do like '77 Topps, a lot.  I've seen the Spanish version of some of these cards as well which I get a kick out of trying to figure out what position the guy on the card plays.

I didn't know that each team has their own checklist card as part of the set.   I like that.  It's a shame that there's no logos on the helmets as you can see on the Garo Yepremian card, but it's small in importance for me with these sets. 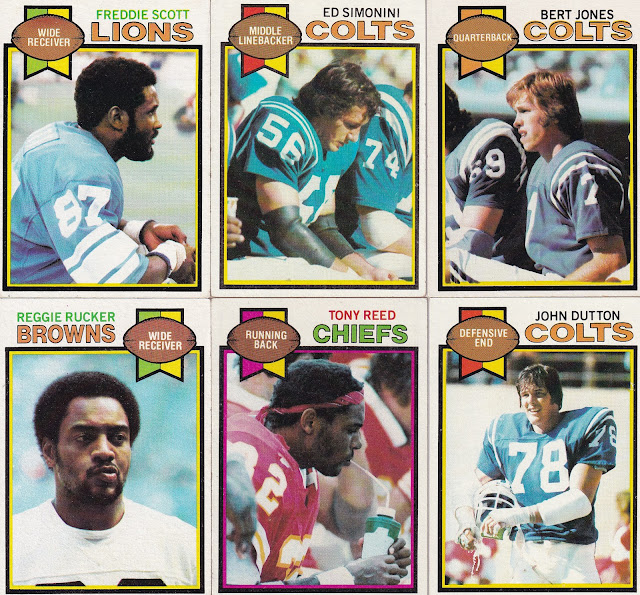 I wonder if John Dutton of the Colts knew that he would be the title character's name of a very popular show over 40 years later.  That reminds me, I need to get caught up on Yellowstone some day. 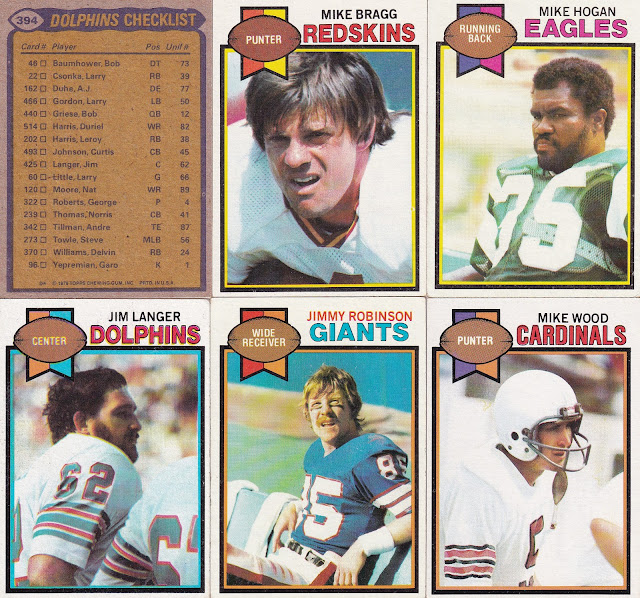 I haven't met a card back from the '70s that I didn't like.  When I have my reading glasses on and the eyes are focused, all the backs are great.  Easy to read, some good cartoons and the '74 set has a game as well.

Thanks to Marco on TCDB for the great trade, it is appreciated!