I would have written this one as the 3rd set completed earlier had my record keeping been accurate.  I'd been in single digits to complete the 2017 Allen & Ginter set for a while, having been on 6 to go since November.

With the Sportlots order came these 2 cards... 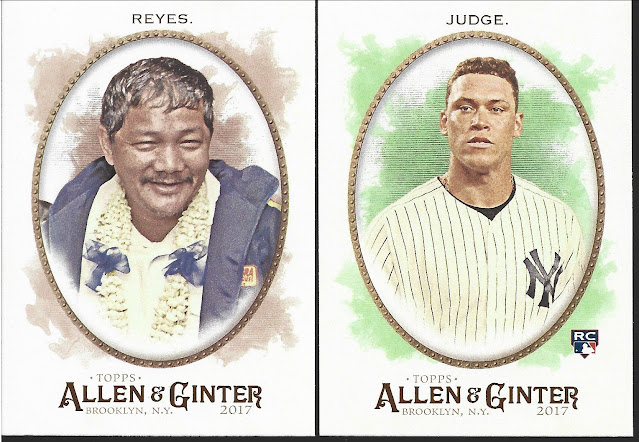 The Aaron Judge RC alone costing me $6, which I wound up considering reasonable considering the madness that is going on in the card world currently.

I've now finished the first 4 sets I had listed in the Next 10 post a few months ago; the remaining 6 sets are down to a combined 191 cards left on the want lists.  A lot less daunting task than I had previously imagined.