Yea, I remember the Astrodome

Well, maybe two weeks ago I had started seeing Marc from Remember the Astrodome fame's name all about the blogs, and on TCDB as well.  So I decided to do a search to see if he needing anything of mine that I had up for trade.

That initial offer of about 11-12 cards each way turned into a bigger swap as Marc hunted down more that he needed, and with my gigantic want lists it wasn't hard to turn this trade into a big enough one that made it worth the price of a bubble mailer. 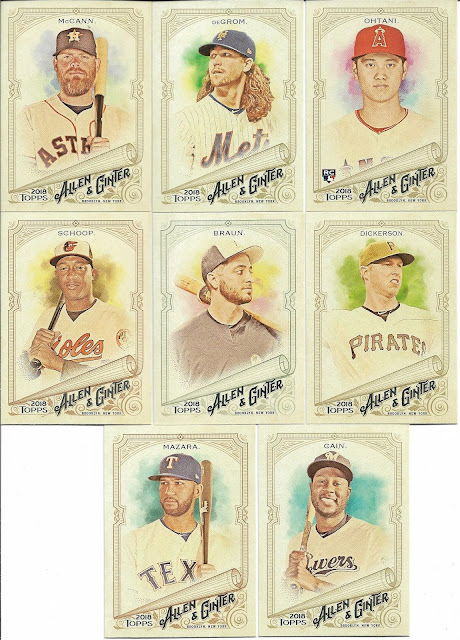 I was quite worried that I wouldn't be able to trade for the Shohei Ohtani RC from the A&G set, but thankfully that has been put to rest as it was part of 8 cards that Marc sent my way.  This set should be done before too long, as the want list is down to just 20, including 7 SPs.   Most of those SPs I've looked up on COMC and are selling in the 50-$1 range, very reasonable indeed.  A&G will likely be the first or 2nd set I put to bed this year. 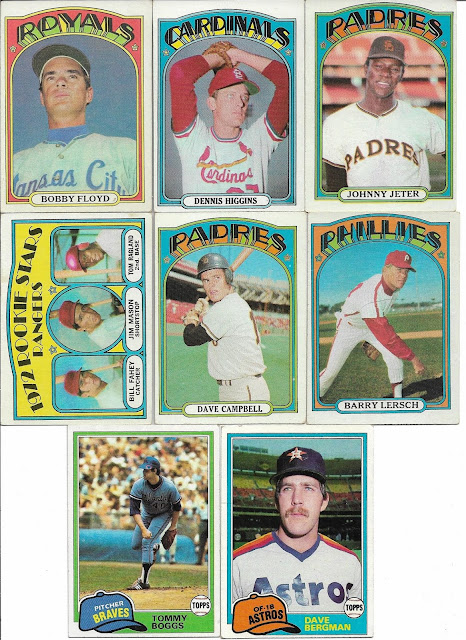 Newer cards weren't all the rage in this trade, as Marc had plenty of older stuff to send my way as well.  The '72 set is being nickel and dimed right now, as these 6 cards bring me closer to 20% complete.   A long way to go, and a boat load of high numbers are still to be found.   Marc also included a couple of '82s, and a page worth of '79s as you'll see below... 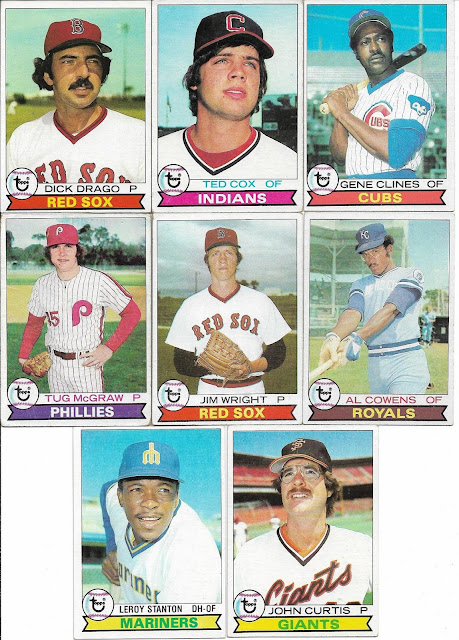 '79 Topps is another set that has been coming along nicely, as I'm closing in on the 60% complete mark.  Still so many commons to pick up that I haven't even bothered looking at which RC's need to be found, that will probably come later in the year. 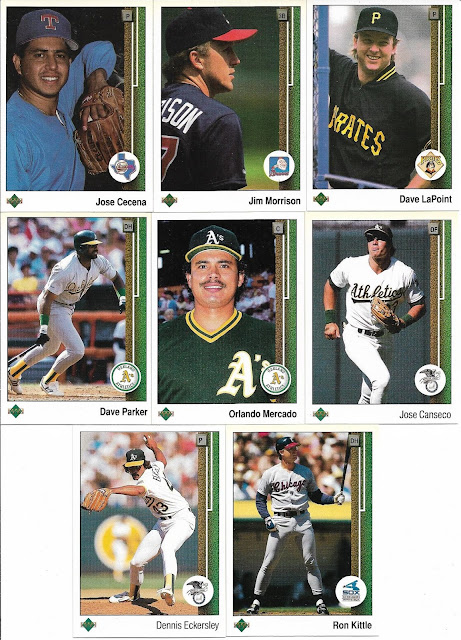 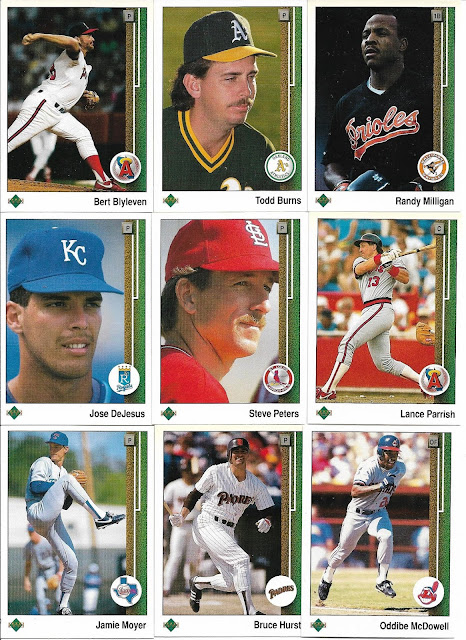 Marc added in a "bonus bag" of cards, which included the 17 1989 Upper Deck cards shown above.  The '89 UD set has been pretty much forgotten for quite a while, as it's been stalled at just over 600 cards acquired.  Still quite a few big names to buy for this set, including the Ken Griffey Jr. rookie.   Maybe this year I'll work on finishing this one off as well.   It could end up being one of the 5 sets that I end up completing this year.   That's the goal anyhow. 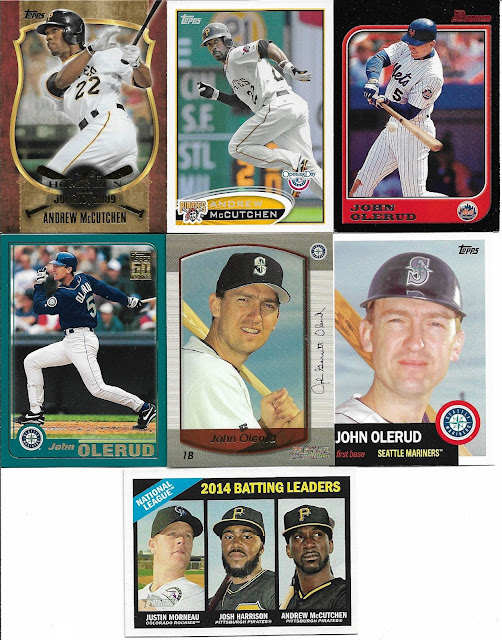 Last up is a few cards for a couple of player collections.  A bit of laziness on my part made the '15 Archives John Olerud card in the middle row look like it was cut off, but rest assured Marc sent me a nice copy in perfect condition.  The McCutchen first career home run card is the gold parallel, which is also a nice add.  I'm always looking to add common base cards of both of these players to my collection, as I don't own a great deal of either player so far.

Marc, thanks for the trade, I'm looking forward to many more with you on the TCDB website!!