I've got cards all over my desk.  It's a bit of an epidemic.  I've had a few trades come in over the past week.   I hit the monthly card show on the weekend.  It's been a matter of trying to find time, and when I do find the time, gather the motivation to write some thoughts on the blog.

The other half of the same order that I featured the other day with the Larry Fitzgerald post is a decent selection of cards from a trio of baseball sets. 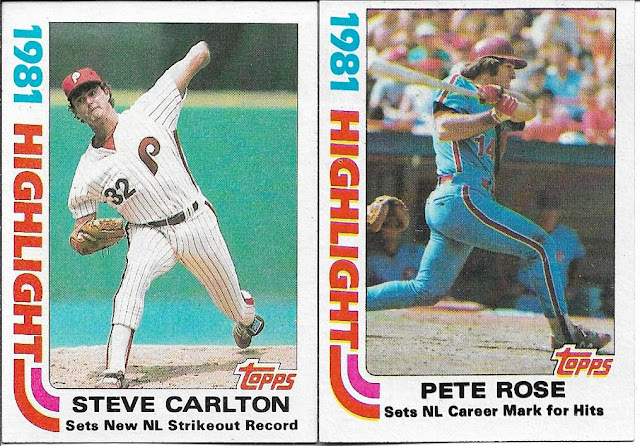 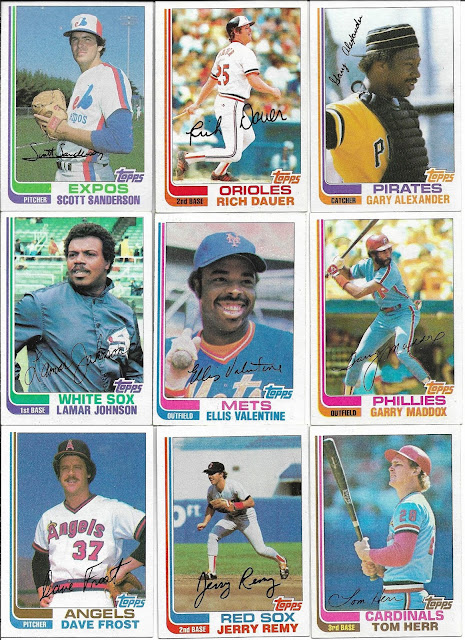 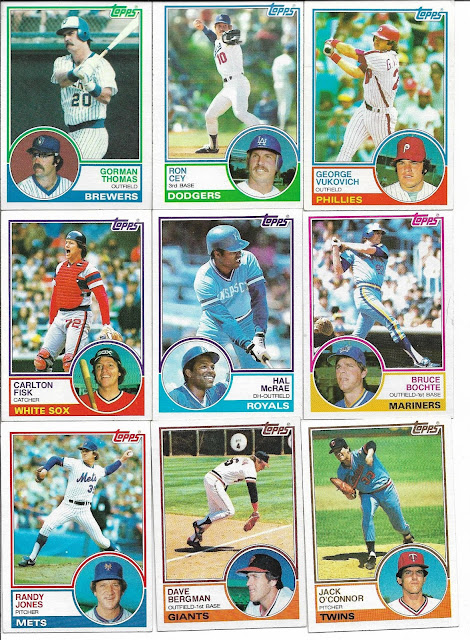 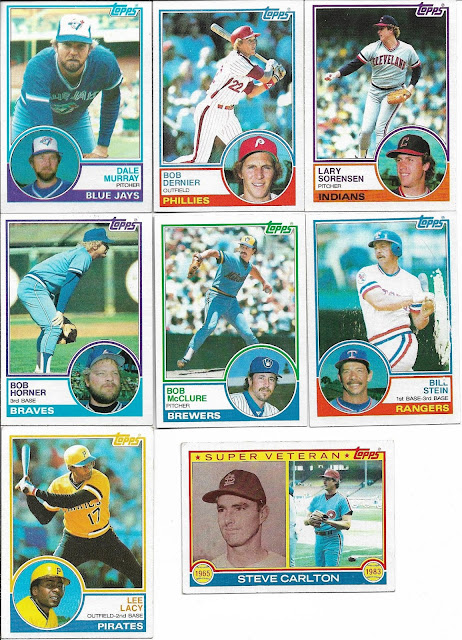 With the '84 set winding down to completion, the '82 (just over 40% done) and '83 (33%)sets will become the likely focus when I start knocking out some sets which are nearly done (more on that in some upcoming posts). 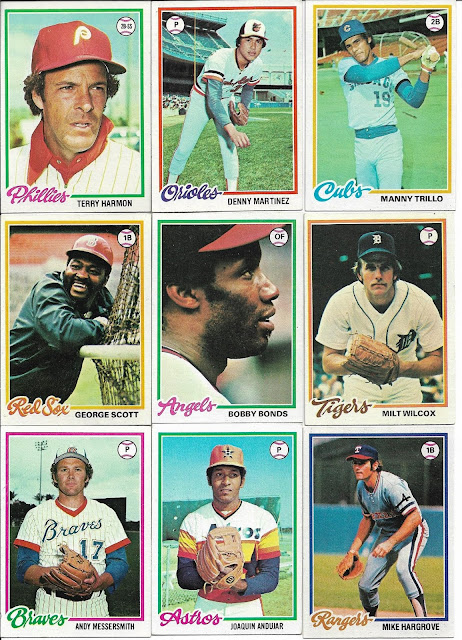 But it's sets like this that bring back the memories.   I was 10 years old when this set came out in the summer of 1978, and seeing these cards bring me back to a time when buying packs on the Danforth at the convenience stores for 25 cents was the thing.  The string of sets between '77 and '79 are the ones that I remember collecting the most as a kid, and finishing these 3 will give me sense of satisfaction that I never had when I was a pre-teen.

At least now that I've got this post completed I can get this pile off the desk.