So far, it's been easy

One of the biggest goals that I set for myself at the beginning of January was to stay away from new product for the first 90 days of 2018.

So far, it's been easy.  Nothing new has come out that I want, and I haven't been to Target or Wal Mart at all since Christmas.  Lead us not into temptation....

What I've enjoyed doing so far is knocking down my want lists.  I've knocked off over 1000 cards so far since the beginning of the month, picking up lots here and there, and having some generous bloggers send me some great cards.

The biggest lot of all so far was from Matt at the Summer of '74 blog.  Matt was very generous and sent me a big stack of cards (mostly from '80 and '81 which I'll chronicle on my next post), which included a few handfuls of '78 Topps. 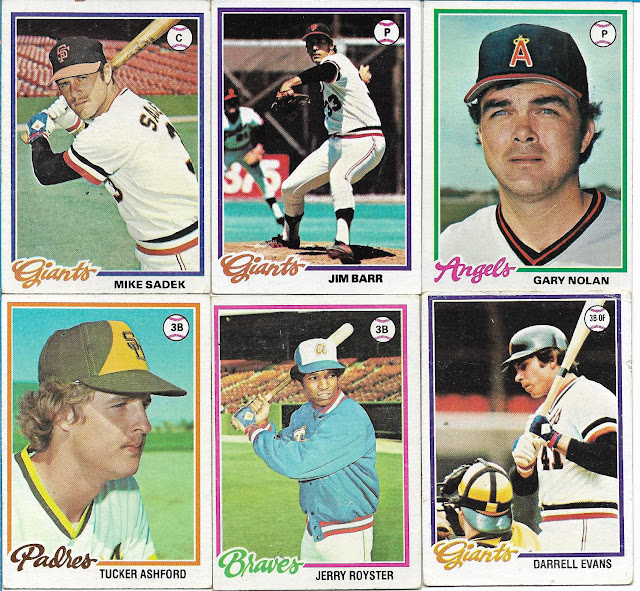 Seeing these cards brings back memories of running up to the corner stores and buying packs of cards for a quarter.  I can recall getting frustrated with the amount of doubles I got back then as well.  I love the look on Darrell Evans' face as he's staring at what appears to be a pitch that has hit the Pirate catcher's glove. 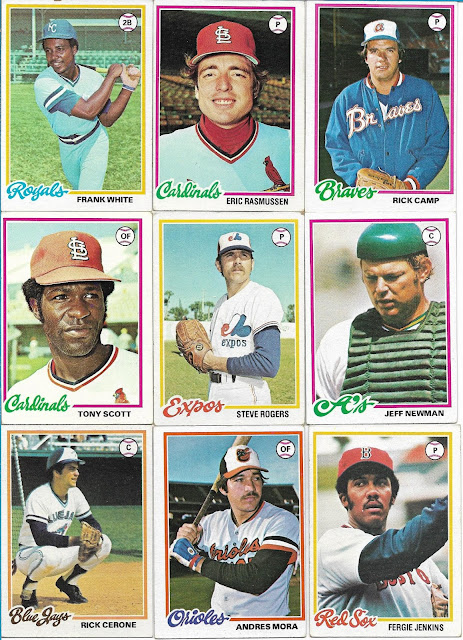 For a little while I had Nolan Ryan following me around, now over the past few weeks it seems to be Fergie Jenkins who I'm running into frequently.  I had to take a quick look at the back of Steve Rogers' card, and it reminded me of how much the game has changed over the past 40 years.   Steve led the Expos staff in 1977 in complete games, with 17!  The top 4 pitchers in the AL combined this past season for 14 complete games.

The only card I didn't show of the 16 was the Blue Jays checklist, which was horizontal and I was too lazy to scan another card....

I'm not quite to 10% of the set so far, but I've been eyeing a couple of lots on ebay that would easily help me surpass that mark.

Matt, thank you for the cards, they are appreciated!!  All I have to do now is come up with another post for the other 200 cards...

Thanks for reading, Robert
Posted by Robert at 10:41 PM