For the longest time while attending card shows, it seemed as if I was going for cards/dealers that were selling cards for dollar/two dollar amounts.  I knocked a lot of cards off of my older set want lists, but there were times I came home with a bit of an empty feeling.  I'd spend 50-60 bucks, and end up with 20-30 cards.

Last month was some great success in nickel boxes, this month was cards that cost a quarter. 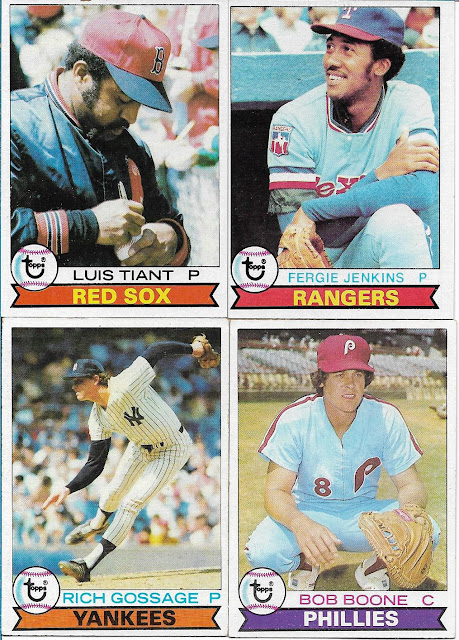 7 cards from the '79 Topps set.  If there is one card from my youth that is instantly recognizable, it's the 79T Goose Gossage card.  I pulled so many of those out of packs back in the day (all sadly gone), but that off balance follow through photo is stuck vividly in my head.

Three nice clean checklists for a quarter are a good find in my opinion.   Still a very long way to go to finish this set though. 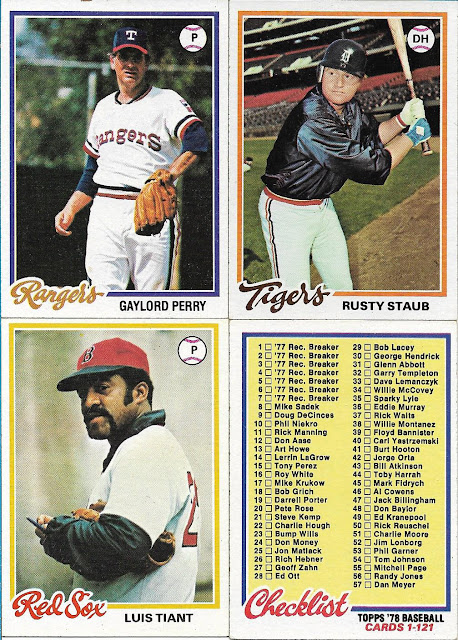 Not much from the '78 set, but 3 decent star names and another clean checklist.   A dollar's worth of quarters. 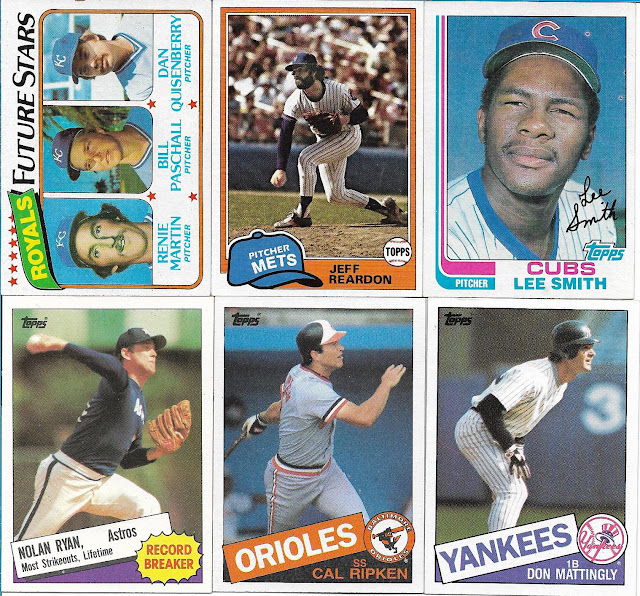 Bits and pieces from 80, 81, 82 and 85.  Another Nolan Ryan card, I think that's the 3rd straight month I've brought home from a card show.  I also got some joy out of seeing a future stars card of Dan Quisenberry of the Royals.

But, the big find for me at the show is the next couple of groups of cards. 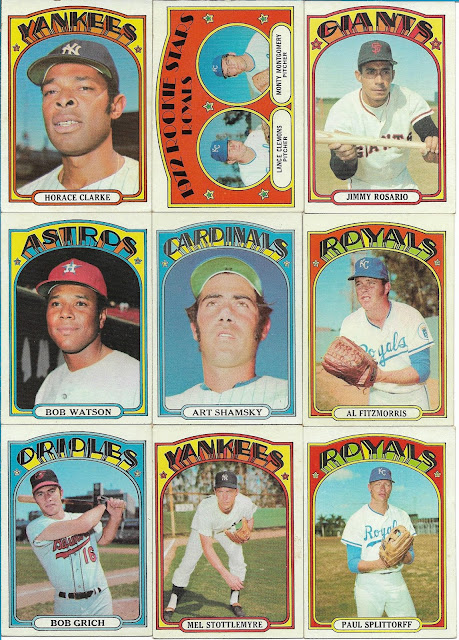 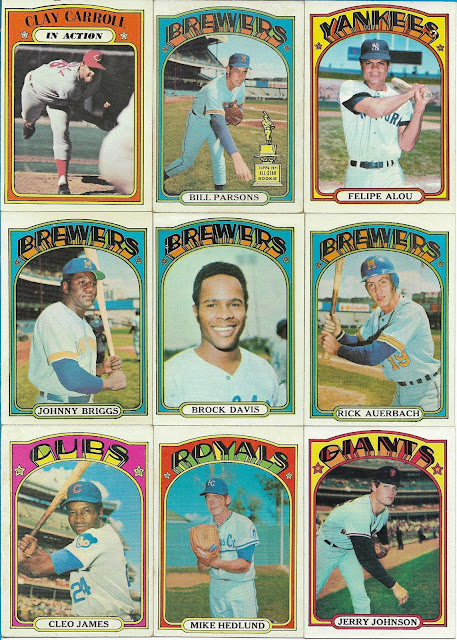 First, 18 '72 Topps cards, each for a quarter.  I made one mistake, picking up the Royals rookie stars card when I already had it, but still this is a nice, unexpected dent to make in this set from quarter boxes.  Robert Barone's favorite player is a part of the '72 set as well, and he is pictured above. 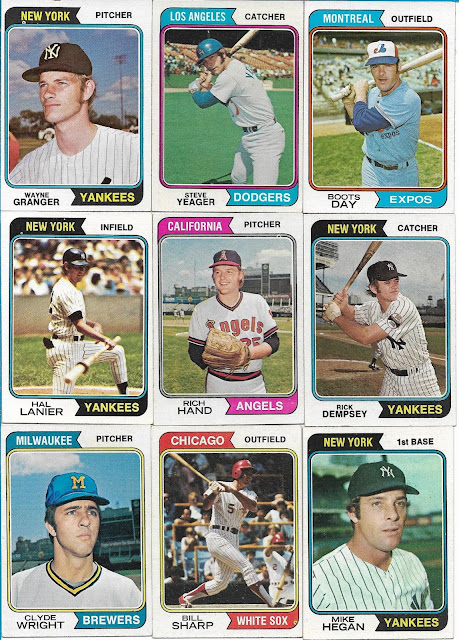 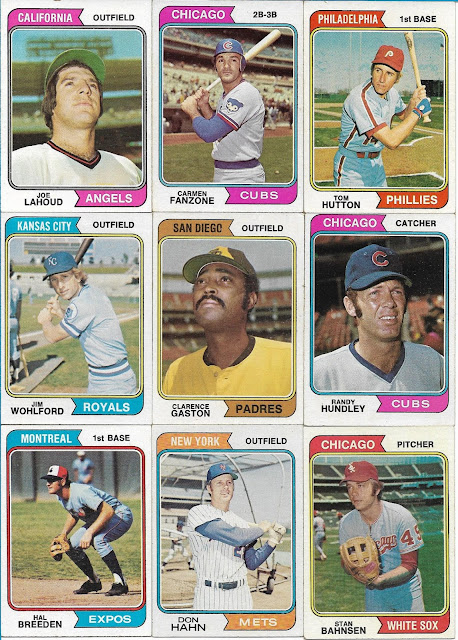 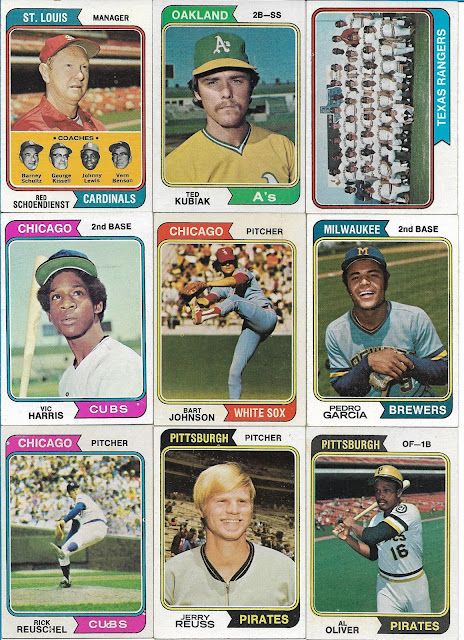 27 cards from my '74 Topps want list round out the group.  I managed to pull a couple of cards of players that became managers later on in their careers (Gaston and Alou), another who was a long time pitching coach (Stottlemyre), and another who was a long time broadcaster (Hutton).   Seeing Al Oliver's card made me do a Google search on his, and I found this website.  It was a very interesting read, and I learned something I didn't know about Al, that his father passed away the day he was called up to the majors.

I just may hit the West Palm Beach show this weekend.   Gotta see if I can keep my run of card show frugality going...

Thanks for reading, Robert
Posted by Robert at 10:07 PM