Hail to the hats

I've spent a bit of time on ebay lately looking for starter lots (set lots) to jump start my way to getting some sets started.  I've been looking mostly for anything between 1969-1985 that I can find that's cheap and has a decent amount of cards.

I finally pulled the trigger on a lot of 108 1981 Topps cards for $10 shipped.  I didn't think that was too bad, and looking at the set in the price guide it appears that I paid about 1/6th of the price of the set for 1/7th of the total cards.   I can live with that.

What surprised me was that they were in really nice condition, mostly mint or near mint. 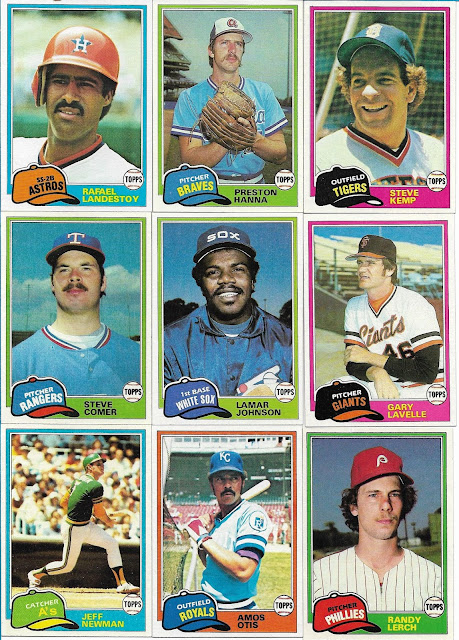 There weren't any of the big name RC's (Baines, Raines, Gibson or Valenzuela) but there was a nice mix of commons and semistars.  I only had about a couple dozen cards from the '81 set in my collection, and I really never paid much attention to them, until I received this lot.  Then I noticed something, which probably most of you already did.

I got a kick out of how the hats are in the teams colors.  A small thing for sure, but I enjoyed this revelation.  Jeff Newman's A's hat in the scan above, with the green and yellow combo.  Love it.

There were a couple of other hats I noticed. 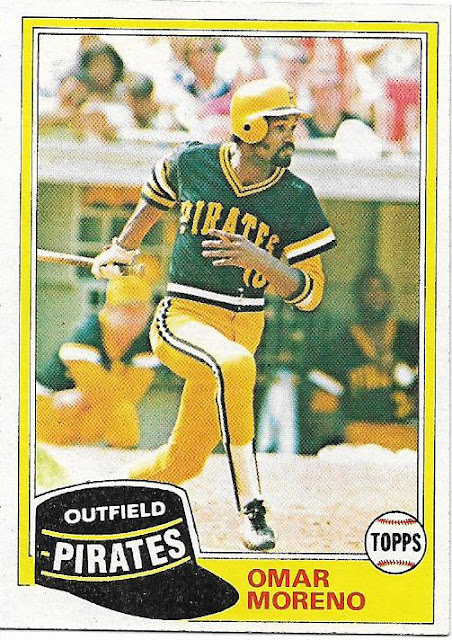 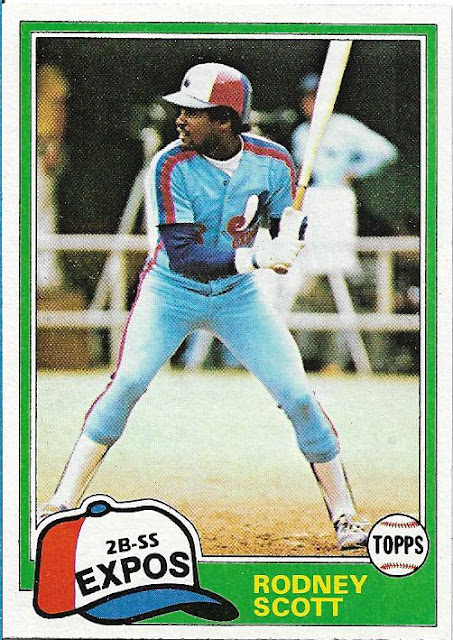 The Blue Jays, Padres and Orioles who all had panels in the front similar to the Expos were all represented the same way on the hat in the corner.

Even the cartoons on the back were cool to me. 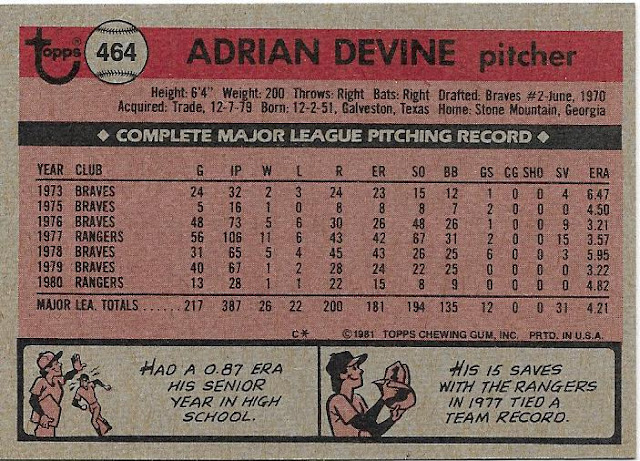 Adrian Devine's 15 saves in '77 actually tied the Rangers record at the time.  He wound up in the winter as part of a very large 4 team trade that involved the Rangers, Mets, Braves and Pirates that saw names such as Bert Blyleven, Willie Montanez, Jon Matlack and Al Oliver change teams.

While the cartoons and the hats may not have been news to most of you out there, I enjoyed this lot of cards and the things that I learned.

They were just cool to me, much like Steve Trout was back in the early 80's... 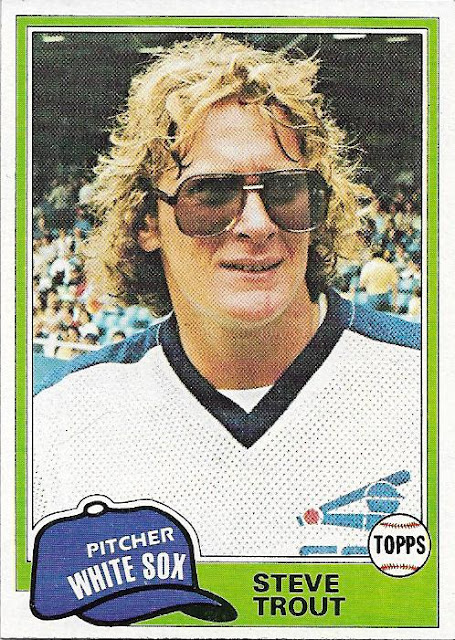 Thanks for reading, and Happy Thanksgiving!  Robert
Posted by Robert at 11:35 AM