A new franken set: Showing my love for the goalie mask

Anyone who reads this blog knows my love for hockey.   It's hard when you're Canadian by birth not to love hockey.  A bit part of hockey for me has always been the goalie masks.  The art on them is especially fascinating for me, and has been ever since I saw this mask back in the late 70's. 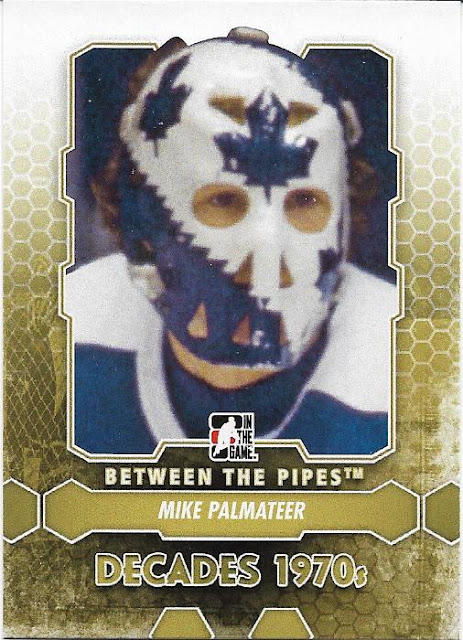 Leaf fans will remember one of the most exciting goalies to don the Blue and White during my lifetime, Mike Palmateer.  I even tried to paint my goalie mask with the same design, with very poor results.

Nearly 40 years later, my fascination for goalie mask art is still great, and thus I've decided to put together a set of cards devoted to goalie mask art.  500 cards, all based on the card number on the back.  No serial #'s needed. 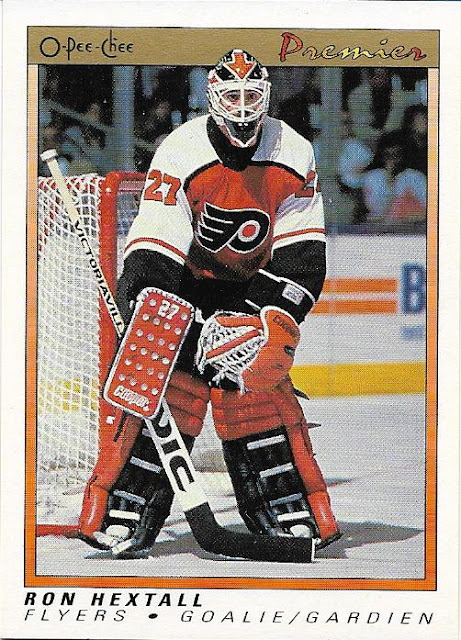 I'm sure that anyone who is a hockey fan remembers the Hartford Whalers.  Here's Kay Whitmore's mask from the 91-92 OPC Premier set, card #182.


I'm primarily looking for cards with the mask/cage combo.   Most of the cards with the helmet and cage combo for goalies don't feature artwork.  There are exceptions, such as this Dominik Hasek card from 2008-09 OPC.

For example, I have two cards with the #285 on the back.  Roberto Luongo of the Canucks, and Bob Essensa of the Winnipeg Jets. 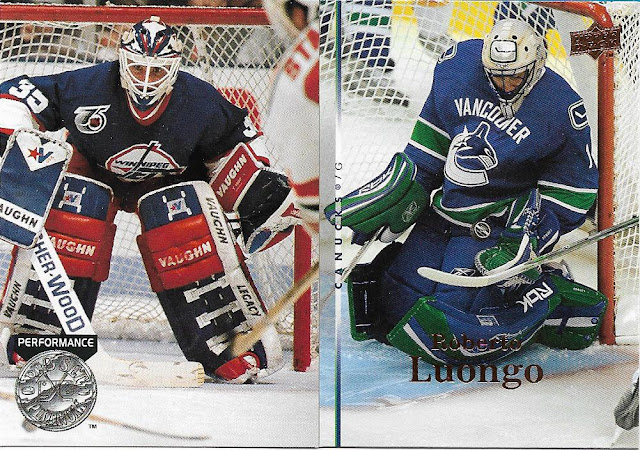 Both cards have great shots of their mask, so which do I keep?  I figured to have some fun I'd post the cards on twitter along with a poll and let the universe (as small as my universe may be) decide the fate of these two cards.  The poll will be live by the time you read this, so go and find it and vote!!  (Here's the link, just in case)

I'm also going to post a list of cards I have on a separate page on the blog, so if someone out there finds something that might be of some use to me, they can send it my way.

I hope you'll have as much fun with this as I'm going to.

thanks for reading, Robert
Posted by Robert at 2:40 PM